Dutton expects parc ferme to have bigger impact at QR

Dutton expects parc ferme to have bigger impact at QR 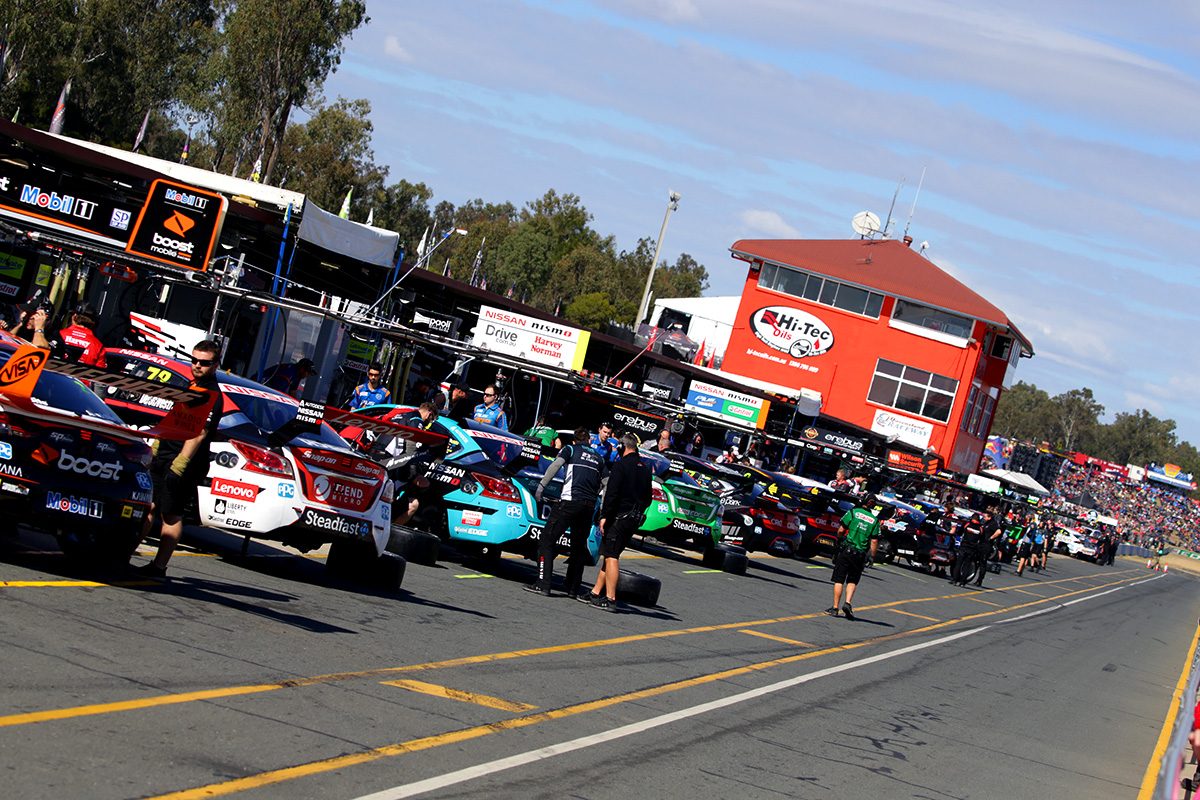 Red Bull Holden Racing Team manager Mark Dutton believes that pre-race parc ferme regulations will have a greater impact at Queensland Raceway than their first use at Symmons Plains.

Teams were subject to parc ferme conditions between the corresponding Armor All Qualifying session and each race of the Tyrepower Tasmania SuperSprint, which limited them to only minor preparatory work on cars.

That initiative, which was introduced on a trial basis, will also be rolled out at this weekend’s Century Batteries Ipswich SuperSprint, and now includes the stipulation that tyres may not be removed between qualifying and races, although pressures may still be adjusted.

While the concept was generally met positively at Symmons Plains, it arguably had only a minor influence on the racing.

However, Dutton expects that to change at Queensland Raceway due to the nature of the circuit and the Ipswich climate.

“It should,” he said when asked if it would have more of an impact than in Tasmania.

“Symmons is quite gentle on tyres, cool conditions. QR can be cool this time of year, not as cool as Symmons usually.

“I think you’ll see teams not able to be as aggressive as they were at Symmons.

“They’ve also increased the lock-down of what you can and can’t do with tyres, that’s a big deal as well.

“I think it’ll have a big effect.”

Although the key change to the supplementary regulations at Queensland Raceway is the prohibition of changing tyres after qualifying, Dutton expects that addition to not have a significant impact.

“Not massively, I think it’s just smart from Supercars, they’re just trying to make it easier to regulate the rule,” he ventured.

“There’s no point putting rules in if you can’t regulate it.”

Imposition of parc ferme requires crews to compromise car set-up in either or both of qualifying and racing, the former of which would normally see more aggressive settings.

Dutton stressed the significance of tyre cambers in considering how to optimise a set-up for both types of sessions.

“Camber gives you lap time pretty much everywhere,” he noted.

“It is camber, that’s the big one everyone will be tuning, but it’s also the rest of your set-up, how aggressive you go.

“But camber is usually the big focus, mainly because, if you have aggressive spring rates for qualifying, it generally doesn’t blow the tyres if you get it wrong in the race.

“You might lose your lap time, but it generally is not a catastrophic failure, whereas too aggressive with camber definitely can be.”

The Dunlop Super2 Series was also to have had its own parc ferme procedures for Round 4 of its 2019 season at Queensland Raceway.

That idea was called off after it was decided that the complete lack of previous racing with Car of the Future-specification vehicles at the circuit would disadvantage teams which do not test in Ipswich.

Triple Eight fields VF Commodores in Super2 for Kurt Kostecki and Brenton Grove, but Dutton believes that the backflip is a sensible one due to the developmental nature of the series.

“With younger and less experienced drivers, you probably want to give them more opportunity to change,” he reasoned.

“I think it’s smart that they haven’t tied it down.

“You’ve got to look at what it’s trying to do. Is it trying to be a sporting rule to spice things up, or is it trying to save personnel from being so heavily under the pump between sessions?

“I think for us, it can be a benefit for giving the crew more time to do less.

“Because you’re tied down you can’t change as much, so your prep for the races becomes easier and the fact with parc ferme, the checks you’re allowed to do, you can do them when it’s in parc ferme.

“So that’s an added benefit for the crews in our game. I think that’s the right call to postpone the DS2.”

Super2 and Supercars Championship will have their first practice sessions of the weekend today at 1005 and 1135 local time/AEST respectively.