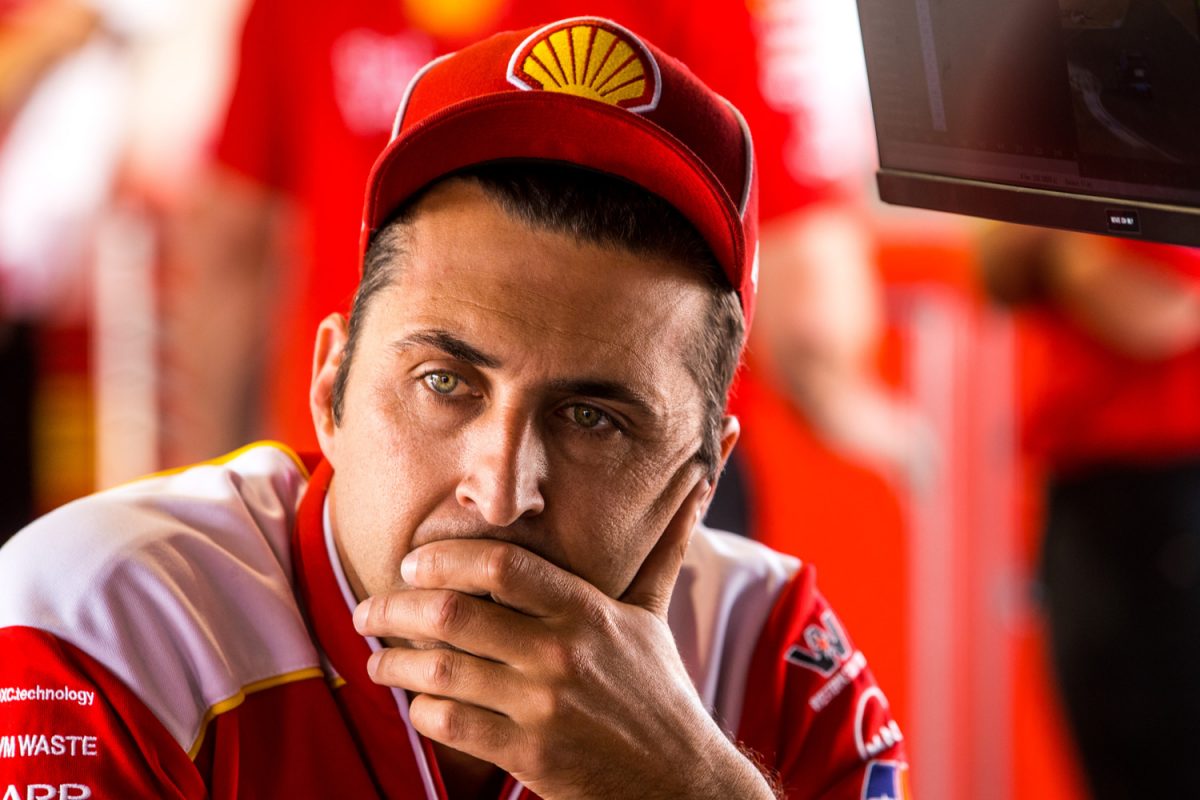 Fabian Coulthard felt like a rookie given how difficult his Mustang was to drive in practice for the Century Batteries Ipswich SuperSprint.

The Shell V-Power Racing driver was seventh fastest in the latter half-hour session at Queensland Raceway, therefore earning direct passage to Part 2 of tomorrow’s Armor All Qualifying session, but was still left highly frustrated by the performance of Car #12.

“We tested here last week, came here with a car that’s very similar, and it feels like I’m driving a different car.

“It’s tough, it’s a little bit frustrating, but we’ve got overnight to look at a few things.”

When asked what exactly the #12 Mustang was not doing that it had been during the test, Coulthard likened the experience to driving a race car for the very first time.

“I turn the steering wheel and it doesn’t do anything, so I’m just sailing past apexes,” he explained.

Team-mate Scott McLaughlin was also not completely happy with his showing in Practice 2.

For McLaughlin, however, his and his engineer Ludo Lacroix’s dissatisfaction was down to not fully exploiting the pace of Car #17 even though the championship leader topping both sessions.

Despite Coulthard’s appraisal of his Friday at ‘The Paperclip’, there were no major upsets in Practice 2.

He and McLaughlin were joined in the top 10 by both Triple Eight Race Engineering ZB Commodores, both Erebus Motorsport ZB Commodores, and three of the four Tickford/23Red Mustangs.

The biggest surprise of the day was arguably that Todd Hazelwood beat the Triple Eight entries by going fourth fastest in Matt Stone Racing’s Triple Eight-built ZB Commodore, although Shane van Gisbergen was only 0.0062s slower than the 2017 Super2 Series winner.

The Virgin Australia Supercars Championship field has a third practice session tomorrow morning at 1035 local time/AEST before knockout Armor All Qualifying for Race 19 from 1325.