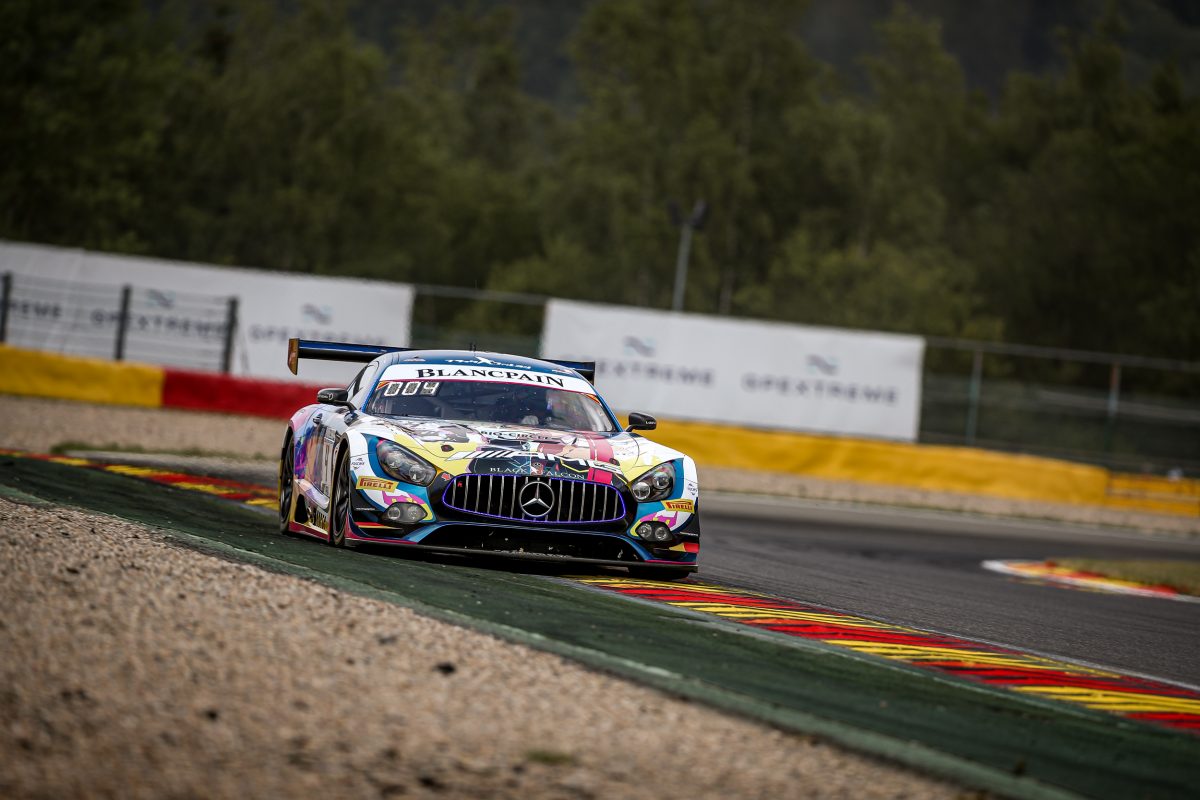 Black Falcon has claimed provisional pole position for this weekend’s 24 Hours of Spa-Francorchamps.

Qualifying results were set by averaging the best lap of all three drivers across three qualifying sessions, with Black Falcon less than a tenth of a second better than the Audi Sport Team WRT squad.

However, the top of the order remains provisional as the fastest 20 cars now move into Superpole, where they’ll have a single lap with which to determine their final starting point.

Seven brands are represented in that group, which includes World Endurance Championship winner Earl Bamber at the wheel of a Porsche 911 GT3 R in ninth place provisionally.

Nick Foster, Nick Cassidy, and Daniel Serra combined to record the fourth best time for HubAuto Corsa, the Ferrari squad having won the previous round of the Intercontinental GT Challenge at Laguna Seca.

Matt Campbell drove his Rowe Racing Porsche to 16th fastest in qualifying, which banked him a spot in Superpole.

Of the other Australians on the grid, Martin Berry is 60th in the Rinaldi Racing Ferrari 488 GT3 and Yasser Shahin, will line up 67th, both competing in the Am Class.

Superpole is set to begin at 1905 local time on Friday evening.