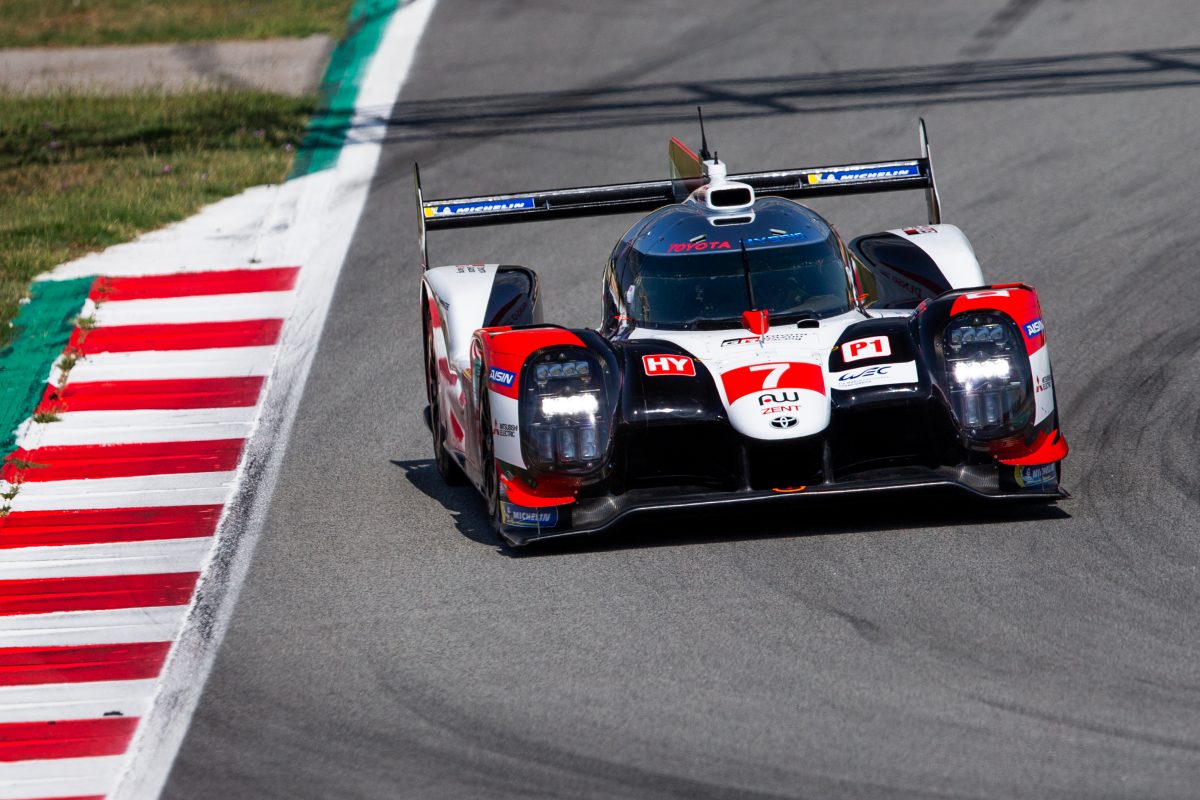 The fastest Toyota TS050 – Hybrid from the WEC Prologue

Having topped the opening day at the official Prologue test, Toyota was again the pace-setter with its two LMP1 cars topping the timesheets.

Heading affairs was the Mike Conway/Kamui Kobayashi/Jose Maria Lopez/Thomas Laurent entry, with Conway’s 1:29.141s, a time more than half a second up on what they’d managed on the opening day.

They headed team-mates Sebastien Buemi/Kazuki Nakajima/Brendon Hartley/Laurent, the latter of whom cut laps in both Toyotas, by just under half a tenth.

Trailing the two Toyotas was the lead Rebellion Racing entry, just over a quarter of a second down with a best of 1:29.408s.

Indeed, of the 27 runners from the morning session, only 14 stuck around for the remainder of the day.

Of the three LMGTE Am squads that opted to carry on, the fastest time then went to the #88 Dempsey-Proton Racing Porsche, which edged out Team Project 1 to end the afternoon’s session 12th fastest with a 1:44.523s.

In LMGTE Pro it was AF Corse that was fastest in the morning session, recording the 15th best time with Davide Rigo and Miguel Molina at the wheel of their Ferrari 488 GTE, the pair recording a best of 1:43.593s.

The 2019/20 World Endurance Championship begins with the 4 Hours of Silverstone which is scheduled for August 30-September 1.