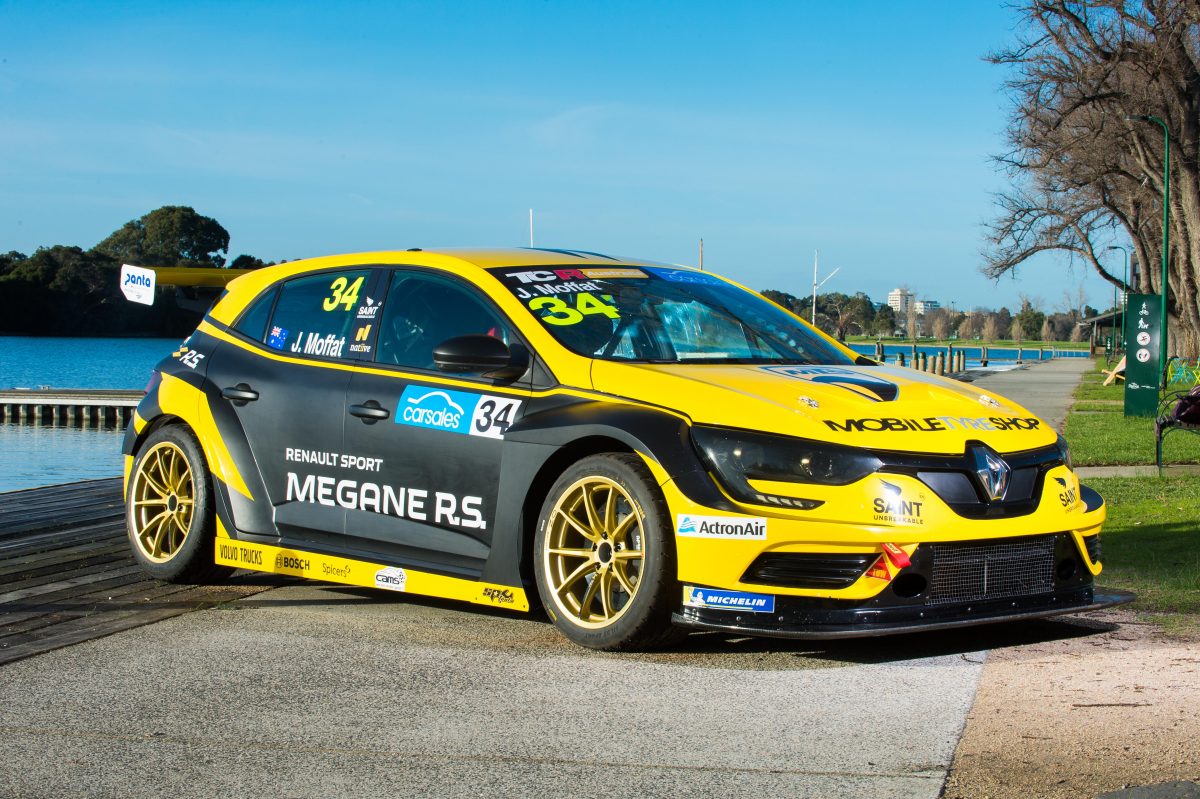 Renault Australia will back Garry Rogers Motorsport in TCR Australia

The French marque has taken the next step in its relationship with the Melbourne squad that fields a pair of Renault Megane TCR machines for James Moffat and Chris Pither in the new two litre touring car platform.

Renault Australia’s increased backing of the team follows on from a parts support deal and the loan of a Renault Master van to GRM to assist its TCR Australia program.

As result of the new deal, Moffat will carry a special Renault livery on his #34 machine promoting the Renault Sport Megane R.S road car at the Queensland Raceway round next weekend.

The sponsorship announcement comes in the same month that Renault Australia launched the limited edition Megane R.S. Trophy-R, the flagship performance vehicle for the brand.

“We are proud to extend our motorsport association in Australia beyond Formula 1 and to continue to strengthen the connection between our racing heritage and our everyday road vehicles,” said Anouk Poelmann, Renault Australia Managing Director.

“The performance of Garry Rogers Motorsport to date highlights the genuine racing pedigree of both the Megane R.S. and the team.

“We have been watching the progress of Garry Rogers Motorsport and TCR Australia since it launched back in May and Garry, Barry and the entire team are already proving to be fantastic brand ambassadors for Renault.

“In a short time they have already built a solid fan base amongst existing Renault owners and motorsport enthusiasts and we are proud to take our relationship with them to the next step with this round sponsorship.”

Despite limited development, the GRM Megane TCR machines, two of only handful in competition, have already enjoyed success in TCR Australia.

Moffat has scored the car’s first pole position in global TCR competition at The Bend Motorsport Park earlier this month alongside three podium finishes, on his way to second in the standings.

“Over the years we have enjoyed support from some of the world’s largest vehicle manufacturers and our most recent alignment with Renault through our Megane R.S. TCR program is something very special,” said Rogers.

“In Motorsport terms there are very few manufacturers who can claim to have had the success that Renault have achieved.

“With 11 Formula One Renault powered Championships, a 24 hour Le Mans victory, multiple Formula E World Championships, Touring Car Champions in BTCC and numerous Renault inspired race categories such as Clio Cup and Renault 3.5, it is an honour to represent the Renault brand and the heritage of the R.S. (Renault Sport) division.”

Renault is the second marque to offer support to teams in TCR Australia following on from Honda, which has provided backing to Wall Racing.

TCR Australia will head to Ipswich, Queensland for Round 4 from August 2-4.