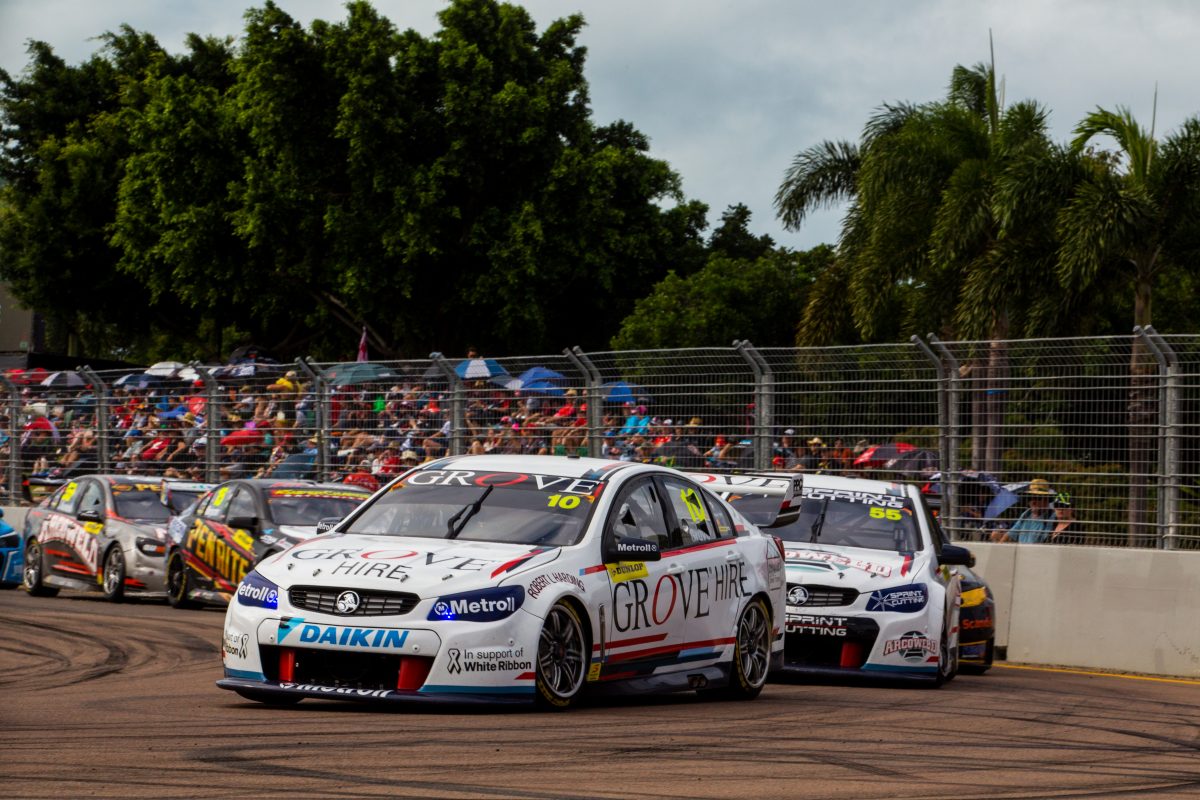 Brenton Grove believes that a simplified approach to race weekends is paying dividends having recorded his best result so far in Super2 last time out in Townsville.

Grove had already exceeded his previous highest finishing position by five positions when he was classified fifth in Race 1 in North Queensland, before finishing runner-up to series leader Bryce Fullwood in the second race.

Similarly, taking his Triple Eight Race Engineering-run VF Commodore to 11th in Armor All Qualifying for the Saturday race and then fifth for the Sunday race around the Reid Park Street Circuit were personal bests.

Having regularly qualified and finished deep in the field in his rookie Dunlop Super2 Series campaign in 2018, Grove attributes his upturn in performance to a new mindset.

“I think in myself I’ve found the approach and the mindset and the preparation I need and what suits for me,” the 22-year-old told Speedcafe.com.

“Over the last couple of years I’ve been experimenting with different things but now I’ve finally found some continuity and some contentness in myself.

“Hopefully we can really be challenging that top five for most of the sessions for the rest of the year.”

Grove had achieved race results of 10th, DSQ, 13th, 13th, and 16th prior to Townsville, and was no better than 13th in the three Armor All Qualifying sessions which had been held across the Adelaide and Barbagallo rounds.

Despite that record, he maintains that the Townsville showing had been “coming for a while”, and was due to simplifying his preparation for the round.

“I think I’ve been over-preparing if anything,” he explained.

“I think I’ve been probably investing too much time and confusing myself a little bit going into the weekend, so Townsville was the first time I didn’t look at data, I didn’t look at video, all I did was analyse myself and be probably a bit more critical rather than looking at everything else.

“That’s what I’m going to try and do for the rest of the year, regardless of the situation or position or anything.

“I’m just going to stick to what I’ve found and I think that will bode well, and once again it will be just that really doing less is more.”

Grove, son of successful Carrera Cup gentleman driver Stephen, is currently eighth in the series, although only 60 points behind third placed Ash Walsh.

His team-mate Kurt Kostecki, who bagged a maiden pole in Townsville, is fourth, while MW Motorsport’s Fullwood and Zane Goddard sit first and second on the table.

Round 4 takes place this weekend at the Century Batteries Ipswich SuperSprint, with two 40-minute practice sessions on Friday followed by Armor All Qualifying and a 20-lap race on each of Saturday and Sunday.

The third tier of Supercars will also be in action with a 20-car entry list released for Round 3 of the Kumho Tyre Super3 Series.