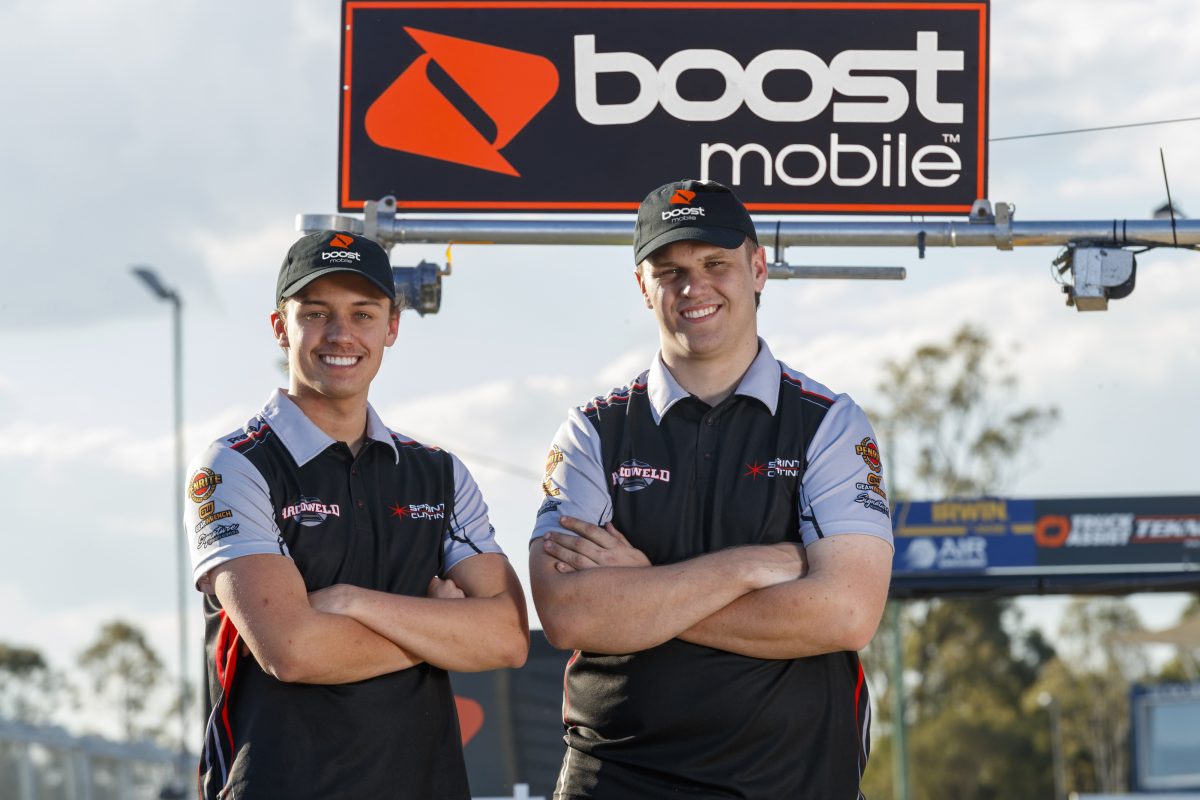 The Super2 squad will field an entry for Brodie and Jake Kostecki at the Supercheap Auto Bathurst 1000, Vodafone Gold Coast 600 and Penrite Oil Sandown 500.

Confirmed earlier this year by Brodie, the team will run a Triple Eight built Holden Commodore which is being re-skinned from VF to the current ZB specification.

The car will receive backing from Boost Mobile at Mount Panorama from October 10-13, while Brodie, Jake and his brother Kurt Kostecki, who also races in Super2 for Triple Eight, will become brand ambassadors for the company.

The deal will ensure Boost Mobile will have a presence on three cars at the Great Race given its title sponsorship of Garry Rogers Motorsport.

“Boost Mobile is proud to continue its support of young driving talent in Australia. Jake, Brodie and Kurt are not only top quality drivers, they have a great story to be told,” said Boost Mobile CEO and founder Peter Adderton.

“It’s great to have them as part of the Boost Mobile Racing family of ambassadors.

“We first met the Kosteckis after Paul Morris introduced us in Adelaide early this year and they mentioned their desire to compete in the Great Race.

“What was impressive was, they not only are great drivers and a great group of guys, they also set up the cars and are a big part of running their own team,”

“We hope the fans appreciate our continued support of motorsport in Australia and they all get behind the Kostecki boys as they take on The Mountain come this October.”

All three Kosteckis are currently hands-on preparing the entry that both Brodie and Jake will pilot at this year’s Bathurst 1000.

Brodie has made the sacrifice to withdraw from the Dunlop Super2 Series in order to enable the enduro wildcard for himself and Jake.

“We’re really pumped to have Boost Mobile on the journey with Kostecki Brothers Racing for the Bathurst 1000.” said Brodie Kostecki.

“I’ve stopped racing my car in the Super2 Series so we can spend more time converting the Triple Eight chassis into a ZB Commodore to run it at Bathurst.

“It’s great to have the relationship with Triple Eight that we do. Kurt used to work there and his Super2 Series Commodore is run by them, so while we are building the car ourselves, we’re constantly sharing information and learning from Triple Eight, which really helps our development leading into the endurance races.

“All three of us are working full-time at Kostecki Brothers Racing preparing the car for Bathurst.

“Overall it’s a full family affair and we’re tracking along nicely in preparation for the 1000 in October.”

Jake added: “To have the full support of such an iconic brand Boost Mobile being our naming rights partner especially for my Bathurst 1000 debut is pretty damn special.”

“We’ll definitely be trying to put some runs on the board to show them all our gratitude. I really look forward to the partnership ahead with Pete, Jason and the whole crew at Boost Mobile.”

Both Jake and Kurt will be in Super2 action at this weekend’s Century Batteries Ipswich SuperSprint.