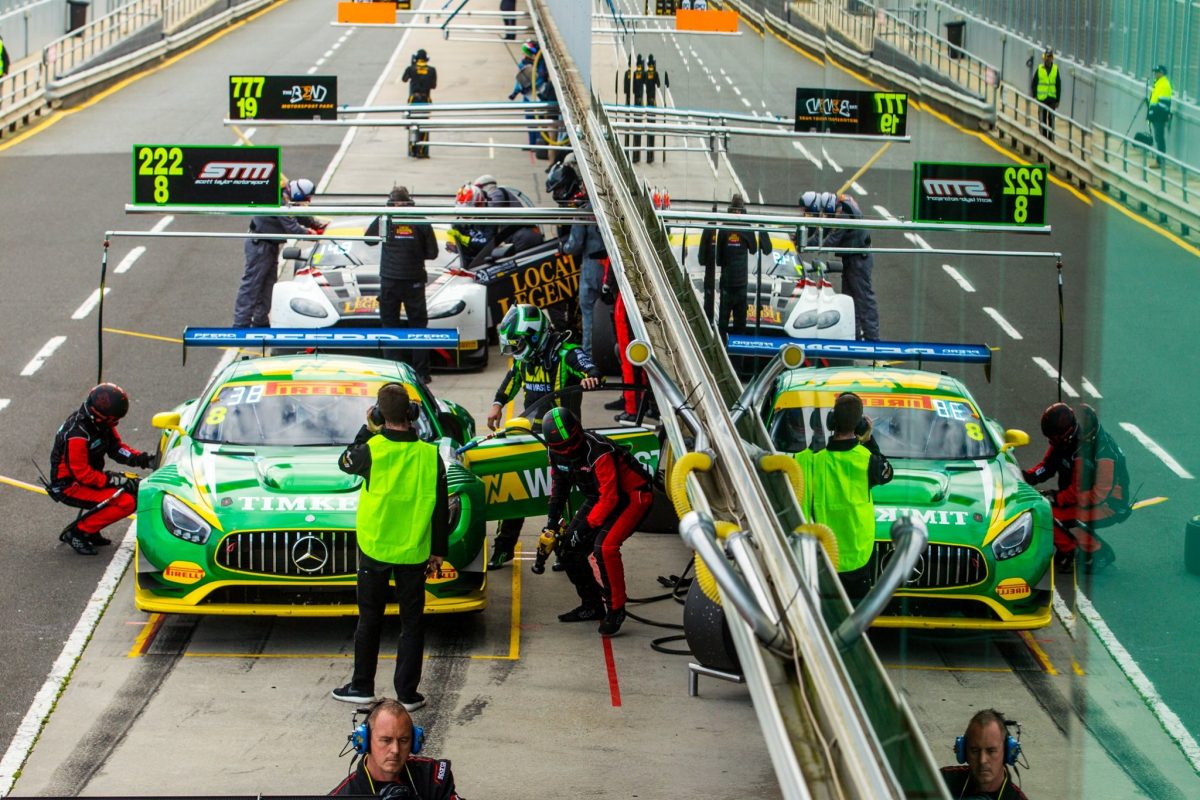 Australian GT is set to scrap CTPS for 2020

The Australian GT Championship is set to drop compulsory timed pit stops (CTPS) from next season as part of a number of changes to the category.

Introduced during Tony Quinn’s ownership, CTPS have been a key part of Australian GT competition in recent years, and while the practice has proved unpopular with fans it’s had support from competitors.

A critic of the system, new category manager David Vervaart is instead set to introduce a system akin to that used in the various Blancpain competitions globally.

That will also see the driver rankings changed to reflect the FIA grading, which sees drivers categories as either Platinum, Gold, Silver, or Bronze.

Under Quinn and former category manager Ken Collier, Australian GT employed a 12 tier system with a weighted pit stop penalty applied to each.

“In order to more closely align ourselves with the success of GT3 championships in both Asia and the USA we felt we’d make a change to the driver grading structure to bring it inline with the rest of the world and make it clearer for teams and fans,” Vervaart explained of his proposed changes.

“From the start of the 2020 season, we will adopt the proven SRO system and follow exactly the FIA driver ranking system of categorisation – Bronze, Silver, Gold and Platinum.

“Adopting the Silver/Silver combinations allows us to start working towards a junior development program, as any driver under 30 automatically becomes Silver, and by uniting them with a Bronze driver in categories outside of GT3, they have the opportunity to develop in a partnership with a car owner that is looking to improve their experience alongside an upcoming star, someone the likes of a Ryan How who has been very impressive so far this year.”

Within the current system, Vervaart downgraded all ‘Professional’ drivers to Pro2 ranking, thereby putting the likes of Garth Tander and Jamie Whincup on the same level as former Formula Ford racer Ryan Simpson.

Traditionally ‘professional’ drivers, such as full-time Supercars competitors or factory drivers, have been considered a Pro1 driver by default, while other drivers were analysed on a case by case basis based on their performances and experiences prior to competing in Australian GT.

Alongside the driver rankings change, the controversial CTPS process will also be scrapped.

In its place will be a minimum stationary time designed to safety cover refuelling and a driver change.

“Next year the CTPS for every car will see them stop for 98-seconds plus the drive-through time,” Vervaart said.

“Again, in order to just let teams sort the result out on track, we will make an adjustment to the multi-faceted pit stop compensation time system that is currently employed.

“There’s no question that the existing system has enjoyed good success in past seasons, but the championship landscape has changed over recent years, so it’s time to make an adjustment to suit, and we believe that this is the right direction for the forthcoming season.”

The changes are part of a plan hoped to re-energise the series which has seen flagging entries in recent races.

At The Bend, where Australian GT hosted the second round of the Australian Endurance Championship, only 10 cars participated.

This was down from 14 from the previous round at Phillip Island, while the last Sprint round of the series at Barbagallo featured 15 entries.

Next year’s Australian GT Championship is also set to include a round at Mount Panorama, with the series set to appear on the support bill to the Bathurst 6 Hour.