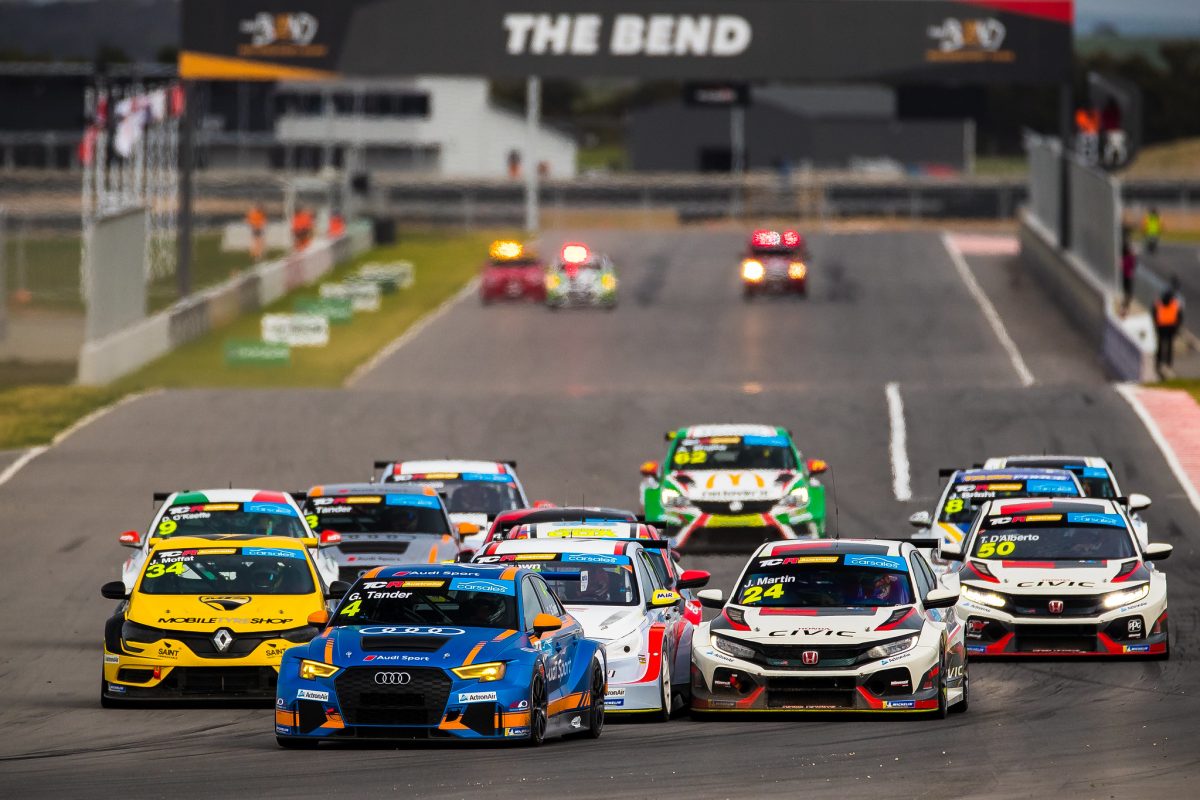 TCR Australia will be absent from the Adelaide 500 undercard

TCR Australia has abandoned plans to feature on the Superloop Adelaide 500 support bill next year following an understood objection from Supercars.

The new two litre touring car class had been poised to confirm a deal to join the Adelaide 500 support bill last Monday before a planned announcement was scrapped.

TCR Australia will now kick off its season at the Formula 1 Australian Grand Prix in a deal that will see it on the same support card as Supercars, which was confirmed today.

As part of its contract with the event, Supercars does have a say in vetoing support categories that appear at the meeting organised by the South Australian Tourism Commission.

TCR Australia organisers had hoped to resolve the issue but have since confirmed it won’t feature on the bill at the Adelaide 500 next year, although they are hopeful talks will continue for future events.

Series promoters the Australian Racing Group (ARG) declined to go into detail when asked by Speedcafe.com why the plan has been abandoned.

“We would like to be at Adelaide and we are still talking to them but for 2020 it is not going to be possible,” ARG director Matt Braid told Speedcafe.com.

“Adelaide is a good event but realistically it is not possible for 2020; we would like to keep the dialogue going with them for the future.

“It (the Formula 1 Australian Grand Prix) will be the first TCR race of the 2020 season but we are not sure how it maps out as whether it will be a regional (series) or (TCR) Australia event.”

Supercars declined to comment on the matter when Speedcafe.com published a story highlighting the dispute although it has since learned that scheduling may have contributed to the category’s objection.

TCR Australia has been keen to occupy itself on the bill at selected Supercars events since its launch this year and has held discussions with the category regarding its future involvement at race meetings.

Supercars boss Sean Seamer told Speedcafe.com in Darwin back in June that he had no concerns over the growth of TCR Australia or its position as a potential rival.

While TCR Australia is now set to miss out on an undercard berth at the Adelaide 500, there is support among Speedcafe.com readers for the class to appear at Supercars events.