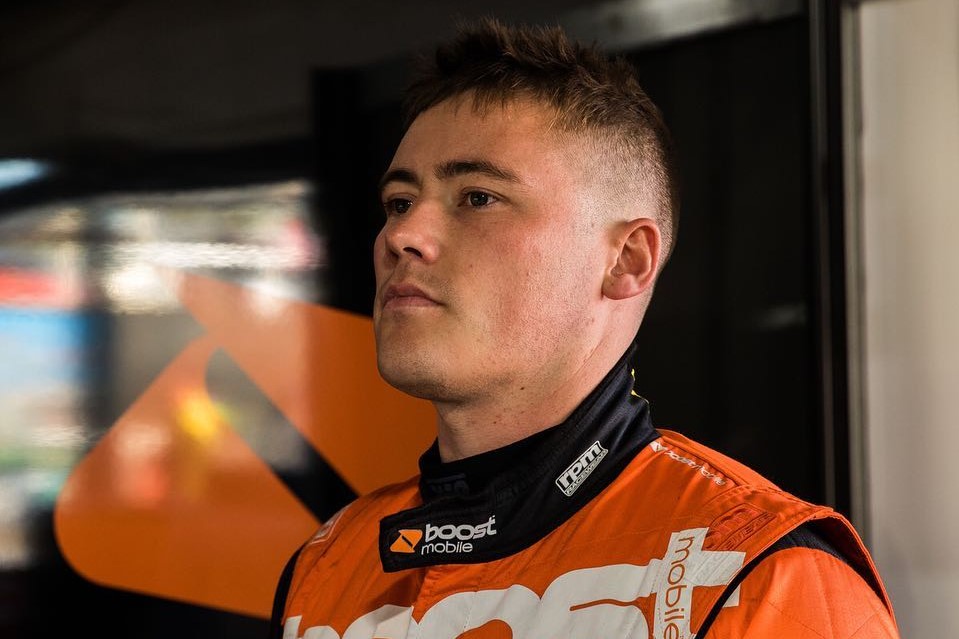 Richie Stanaway has offered a brief update on his recovery from a neck injury that has sidelined him from three Supercars events.

The Boost Mobile Racing driver has so far avoided media since he was forced to withdraw midway through the Winton SuperSprint in May due to a flare up of previous neck complaint.

Stanaway was diagnosed with a protruding disc on the right hand side between Vertebra C6 and C7 in his neck, which is impacting a nerve.

With Stanaway ruled out of action by medical staff, the team called up Chris Pither to deputise at Winton and Darwin, while Michael Caruso raced at Townsville and will fill in this weekend at Queensland Raceway.

In a rare post about his injury on Instagram, Stanaway, who is currently in Melbourne, says he is ‘finally back to normal’.

“After 3 scans, MRI, X-Ray, CT, 10 weeks of waiting around, an injection into my spine, 2x hospital visits, enough pain killers and drugs to kill 4 whales & I’m finally back to normal,” read a story posted on Instagram.

Stanaway’s Garry Rogers Motorsport is yet to make an announcement regarding its driver line-up for next month’s OTR SuperSprint at The Bend Motorsport Park (August 23-25) but remains hopeful its driver will return to the grid soon.