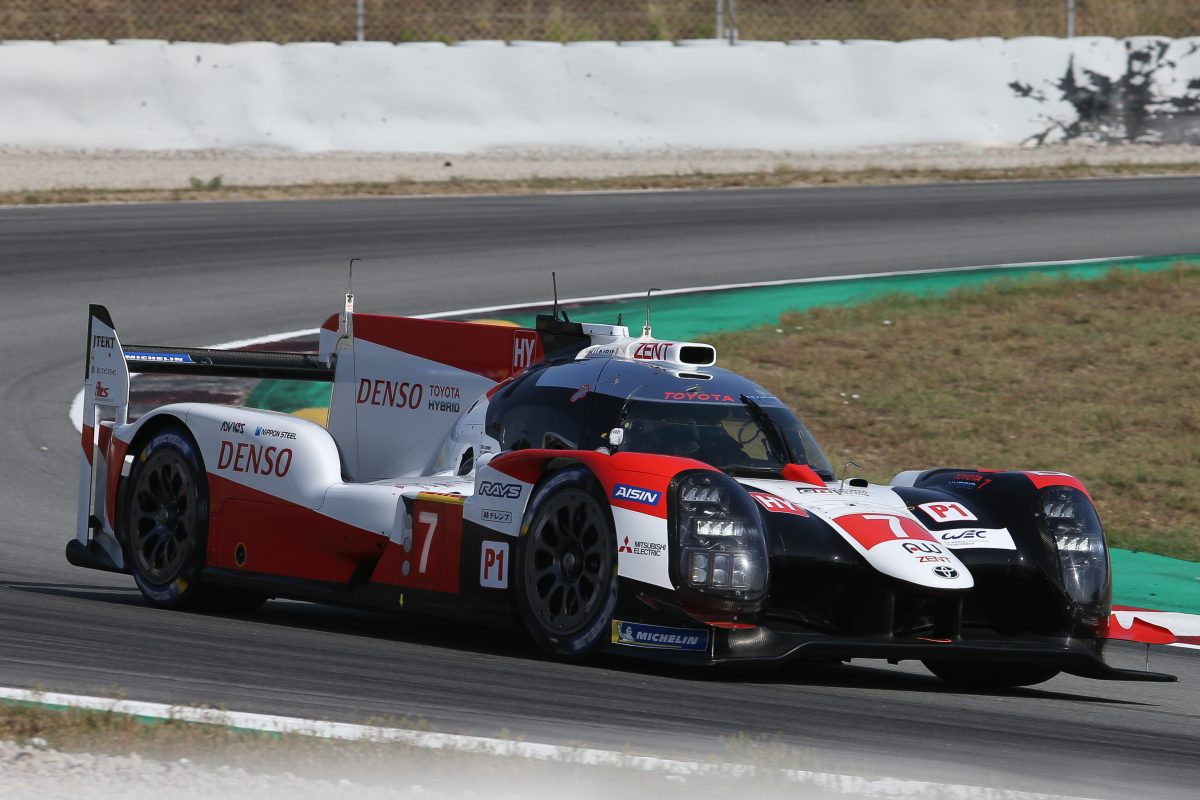 Jose Maria Lopez has set the pace in a Toyota TS050 on the opening day of the 2019/20 World Endurance Championship Prologue at the Circuit de Barcelona-Catalunya.

Kamui Kobayashi was the early pace-setter in the first four-hour session of the day, getting down to a 1:30.756s before Lopez took over the #7 Toyota LMP1.

The Argentine three times lowered the benchmark with his best a 1:29.991s in the final hour of the session, while Sebastien Buemi was second fastest for the session with a 1:30.258s in the sister #8 Toyota.

Rebellion Racing was the best of the rest in both stanzas, with Gustavo Menezes 1.612s off the pace in the #3 R13 Gibson in the first session and Norman Nato 0.959s off top spot in Car #1 in the second session.

The #77 Dempsey – Proton Racing Porsche 911 RSR of Matt Campbell, Christian Ried, Adrien de Leener, and Thomas Preining was third fastest in the GTE Am class in the first session but did not turn a lap in the second.

The Prologue concludes with another two four-hour sessions on Wednesday (local time).