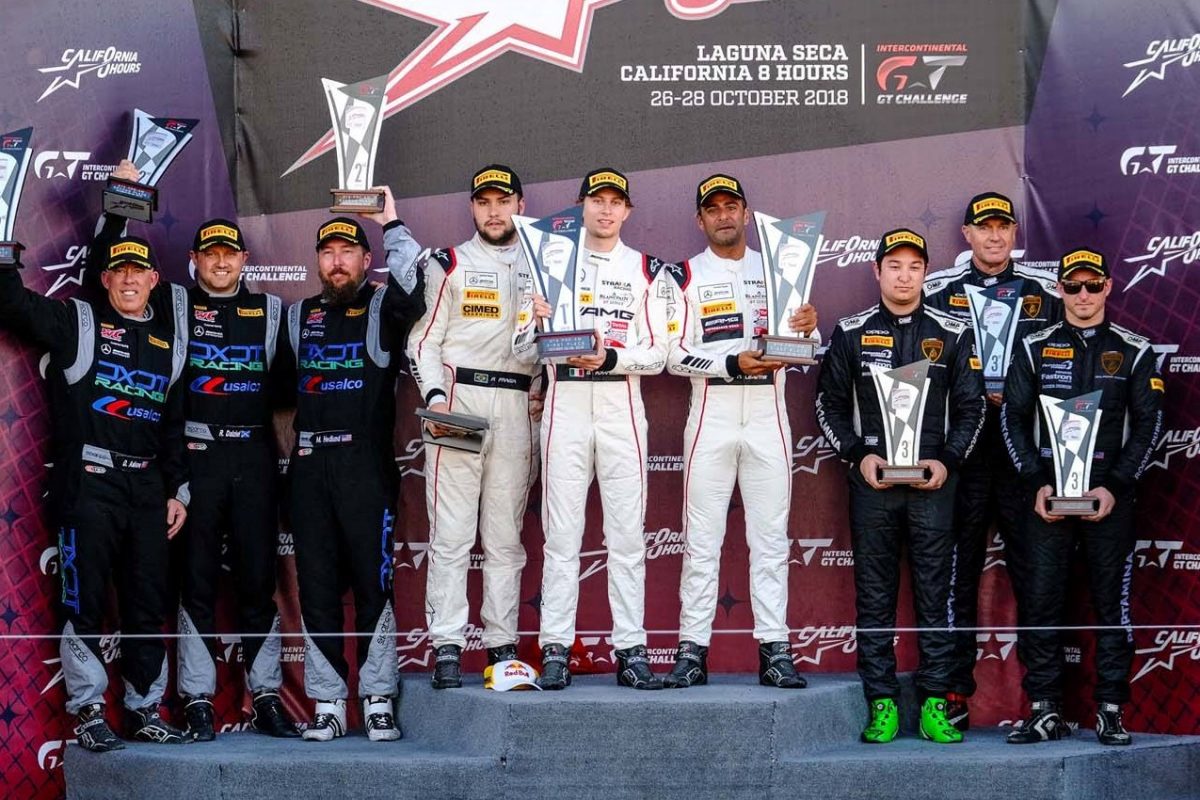 Strakka Racing founder and driver Nick Leventis has been banned from motorsport for four years for doping, although the Brit claims he is now retired anyway.

Leventis, a Bathurst 12 Hour class podium finisher, tested positive to two substances which are “prohibited at all times” by the FIA, namely Anastrozole, an exogenous aromatase inhibitor, and Drostanolone, an anabolic steroid.

The substances were detected after a urine sample was taken when Leventis competed last year’s California 8 Hours at Laguna Seca, in which he and the #42 Strakka Racing entry won the GT3 Pro-Am class and finished eighth overall.

The sample was taken on October 28, Leventis was formally notified on January 21 of this year, and a provisional suspension took effect on January 30.

Leventis wrote to the FIA on February 19 to notify the governing body of his retirement, and later admitted to having the substances in his system.

“On 26 February 2019 the Driver admitted the presence of anastrozole, drostanolone, and 2α-methyl-5α-androstan-3α-ol-17-one in his sample, thereby also admitting an anti-doping rule violation under FIA ADR Article 2.1,” read a statement from the FIA, in part.

“The Driver has claimed, in later correspondence dated 25 March 2019, that the commission of the anti-doping rule violation was unintentional, explaining that the anastrozole was prescribed by a doctor and that the drostanolone was supplied to him by a personal trainer (under a brand name).

“The Driver says that the substances were administered without any intention to enhance his performance, and that he did not know there was a risk that the administration of the substances would result in an anti-doping rule violation.

“However, given that he has retired from motor sport, the Driver has indicated that he does not wish to fight the anti-doping proceedings against him and he is therefore prepared to accept the consequences prescribed by the FIA ADR.”

The 39-year-old’s ban applies until October 28, 2022, while the DXDT Racing Mercedes of David Askew/Ryan Dalziel/Mike Hedlund has now officially won the GT3 Pro-Am class in the 2018 Laguna Seca leg of the Intercontinental GT Challenge.