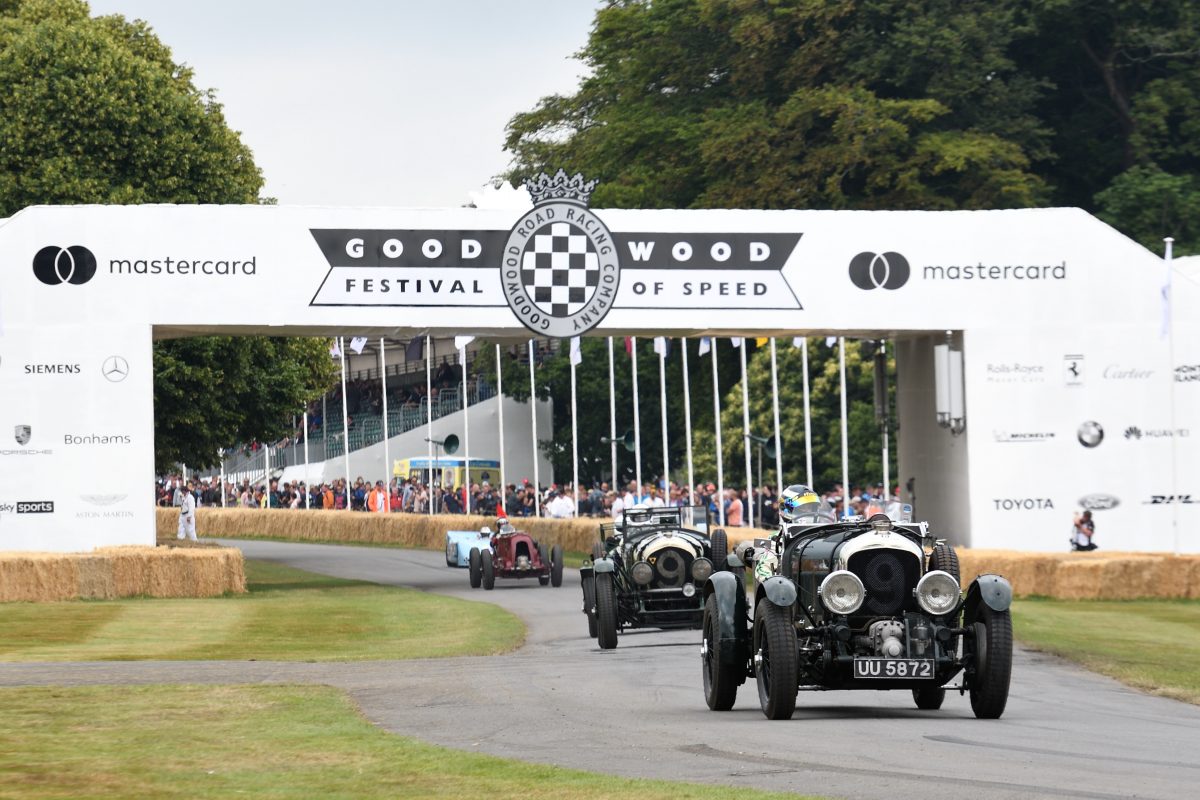 Trans-Tasman motorsport entrepreneur Tony Quinn has expressed his support for Supercars’ plans for a Goodwood-style event for the vacant fifth slot at Mount Panorama.

After receiving six expressions of interest for the fifth event in April, Bathurst Regional Council recently whittled the field of candidates down to two, Supercars and the Australian Racing Group (ARG), which it has now formally invited to tender.

ARG and the Confederation of Australian Motor Sport are known to be trying to establish an endurance event for TCR machinery that could include the World Touring Car Cup in conjunction with TCR Australia.

Supercars has publicly stated only that it intends for its event to be “something completely different”, according to CEO Sean Seamer.

However, it is widely believed that its proposal to Bathurst Regional Council is based on a Goodwood-style framework, a concept which Quinn says he has discussed with Supercar officials.

“I bumped into the V8 guys at the airport six months ago and they said they were going to come and do a pitch for a Goodwood style thing at Bathurst and I said, ‘Absolutely’,” Quinn told Speedcafe.com.

“We have got enough of that. You want something like Goodwood where the corporates can come, women can come, kids can do the thing. I know they try and do that now, with the V8 round at Townsville or whatever.

“But Goodwood is even better than the Formula 1 event because Formula 1 is ‘Get out of my way because I’ve got stuff to do’.

“Not more laps at Bathurst, that’s not what people want. I think you can mix it up and do different stuff.

“Maybe they could do something similar at Mount Panorama or a combination of a few things. At Goodwood there is just so much stuff going on; every time you turn your head, something else is happening.”

Quinn first visited Goodwood as a spectator five years ago and competed this year in his custom-built Ford Focus Pikes Peak Hill Climb car, finishing ninth against some of the most famous cars and drivers in the world.

He also drove the Benetton B191 in which Michael Schumacher scored his first F1 championship points as part of a special Schumacher demonstration.

Quinn actually owns the car, which is housed at his Highlands Motorsport Park facility on New Zealand’s South Island.

“Goodwood has been going on for 25 years (in its current format) and obviously they’ve got the population base and you hear a lot of foreign languages being spoken,” said Quinn.

“But everything is laid on, for the drivers and everything. There’s a big ball you go to where the women get dressed up and the men throw on a bow tie.

“It’s just a proper weekend. But you can only do it once a year. You wouldn’t be doing it every month.”

Despite the geographical and population hurdles, Quinn believes that a similar event could work at Bathurst.

“I think it could work in Australia, and maybe a bit of Asian stuff coming down,” he suggested.

“But maybe every two years, it’s just difficult to know what would work.”

Quinn, who will host his own Festival of Speed at Highlands in April next year, emphasised it was important that such an event needs to have a relaxed, welcoming atmosphere.

“At Goodwood you can go in and rub shoulders with every team, they don’t care,” noted Quinn.

“They’ll talk to you, they’ll explain. Everybody knows everything about every car.

“I had so many people coming up to me and telling me things about my car (the Schumacher Benetton) which I had no idea about.”

Bathurst Regional Council anticipates that it will consider the tenders from ARG and Supercars in September.

Yeehah Events runs the other two, the Hi-Tec Oils Bathurst 6 Hour and Challenge Bathurst, while the fifth allowed under New South Wales legislation is presently unallocated.

Mountain Motorsports, the most recent candidate to drop out of the running for the fifth event, has since revealed that it proposed a ‘Bathurst Revival’ featuring a hill climb and circuit racing.

Quinn, meanwhile, went on to race in the British GT Championship at Spa-Francorchamps on the weekend.