Thrilling finishes in Emerald AKC round

Thrilling finishes in Emerald AKC round 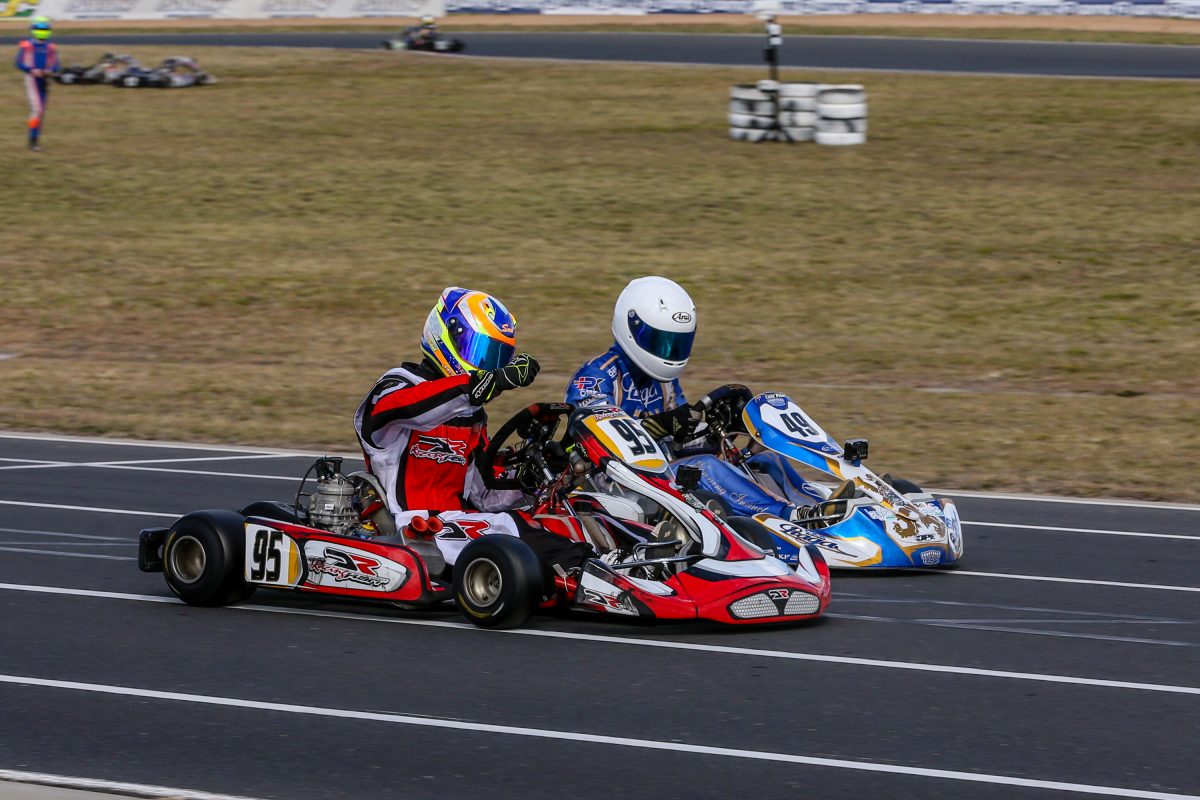 Four finals were settled by hundredths of seconds in the penultimate round of the SP Tools Australian Kart Championship in Emerald, Queensland.

Matt Payne won on debut in the KZ2 final when he passed Jason Faint, who was in engine conservation mode and only just held off Chris Hays and Supercars driver James Golding to claim runner-up.

Troy Loeskow retains the championship lead, by 16 points, despite his engine seizing early in the final.

William Seal got his first win in KA2 Junior by 0.029s over Luke Pink, who stretched his championship lead due to Fletcher Harris’ failure to finish the final heat and 17th position in the final.

KA4 Junior was even closer as Kurtis Tennant broke through for his first AKC round win by 0.01s.

Tennant, Hugh Barter, Christian Cowie and championship leader Kobi Williams took the finish virtually together after battling all the way through the final.

Brad Jenner extended his X30 championship lead when he managed to keep in front of a fast-finishing Jacob Dowson, with Jaiden Pope third.

Other winners were Tyler Howard in TaG 125, Oscar Priest in KA3 Senior, Kristian Janev in Cadet 12, and Ky Burke in Cadet 9.