Sieders back to seven utes for QR SuperUtes round

Sieders back to seven utes for QR SuperUtes round 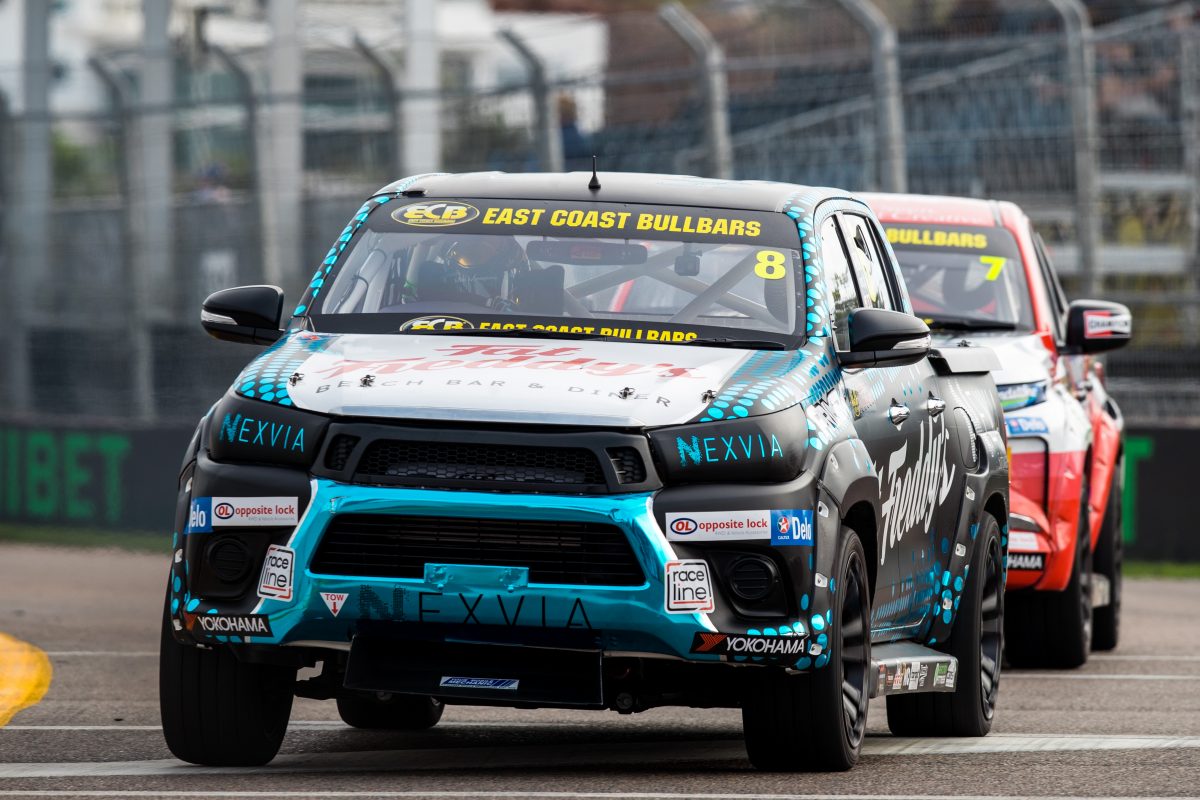 The Sieders Racing Team will be back to a seven-strong SuperUtes operation for this weekend’s Queensland Raceway round with the return of Charlotte Poynting and Jeff Watters to the series.

SRT runs as many as four Toyota Hiluxes and three Mitsubishi Tritons for itself, Western Sydney Motorsport (WSM), and Ben Walsh, but was down to five entries for the last round when only nine SuperUtes fronted in Townsville.

Poynting and the fourth Hilux debuted in SuperUtes last year at the Supercheap Auto Bathurst 1000 weekend before she took the wheel again in her home event in Newcastle.

While she is a regular in Aussie Racing Cars with WSM, which owns the Hiluxes, Poynting will in fact drive one of the Tritons at the Ipswich circuit.

“Because all the Hiluxes were filled and we didn’t have any plans to run the Triton, it just ended up being we might as well get that car out there since there’s someone had some budget and the capability to run it.

Watters has one previous SuperUtes start to his name when he drove one of the Allgate Motorsport Ford Rangers at Winton in May.

His and Poynting’s inclusion means that four of SRT’s drivers will be on double duty across the ECB SuperUtes and Aussie Racing Cars at Queensland Raceway, with Craig Woods adding the latter to his usual Hilux ride and WSM owner Craig Thompson having joined SuperUtes at Winton.

Last minute call up to jump back in a SuperUte next weekend at the Ipswich Supersprint, swapping the Hilux over for a Triton this time! 🤩 Super keen to give double duties a crack with round 4 of Aussie Racing Cars next weekend also! HUGE Thank you to @mettleprojects and @dutchengineeringaustralia for making this possible! And of course Western Sydney Motorsport and @siedersracing 🏁 Let’s do this 👊🏼

Dakar champion Toby Price and Townsville round winner Cameron Crick will continue in the factory-supported Tritons, while Woods, Thompson, and Ben Walsh remain in the Hiluxes.

While Price is in doubt for the following three rounds of the season due to his offroad commitments with KTM, Elliot Barbour is due to return from a broken ankle for Round 6 at Bathurst.

Sieders is confident that he will be racing all seven cars for the rest of 2019, with Bathurst followed by the Gold Coast and Newcastle on the SuperUtes calendar.

“A couple of people we were talking to (for Townsville) were a little bit shy on budget and I think the timing that we had in the end just sort of got away from us, but we’re looking pretty solid for the rest of the year to run all seven now, it’s definitely a lot more positive for the back end,” he explained.

“We’ve got a couple of options for the fourth Hilux that we’re looking at, we’ll probably rotate different people at each round in that.

Meanwhile, the four Hiluxes will feature slight upgrades at Queensland Raceway to bring their power output up.

“They’ve just done a couple of tweaks to the Toyota Hilux to get it paritised back in line with everything else,” added Sieders.

“Now that the series is getting more competitive and everyone’s getting on top of their stuff, there’s been a little bit of an inefficiency with the Hilux power. Thankfully that’s sorted out for Queensland Raceway.”

Round 5 of SuperUtes, which supports the Century Batteries Ipswich SuperSprint, begins with two practice sessions this Friday.