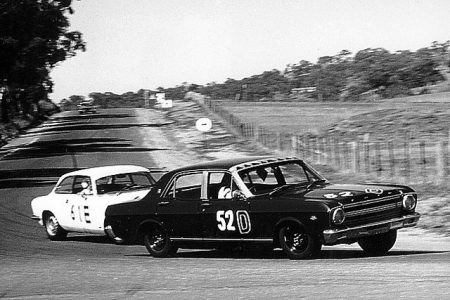 Mountain Motorsports had proposed a ‘Revival’ style event at Bathurst

Details of Mountain Motorsports’ rejected proposal for the fifth event at Bathurst have been revealed.

Last week it was confirmed that Bathurst Regional Council had invited Supercars and Australian Racing Group to enter into an exclusive tender process, thereby eliminating Mountain Motorsports from the race to promote the fifth event.

Having traditionally run tarmac rally events, Mountain Motorsports was planning on expanding its repertoire to include hillclimb and circuit racing as part of a ‘Bathurst Revival’ event.

It had envisioned a historic event which would have attempted to recreate motorsport eras ranging from the 1950s to 1980s.

“With the event concept we created, we believed our event would have stood apart from every other motor-racing activity conducted at Mount Panorama,” said Peter Washington, the man behind Mountain Motorsports.

“We thank the council for considering our Bathurst Revival concept, and we will be watching with interest to see which event is ultimately successful in securing the fifth Mount Panorama date.”

One stumbling block for the Bathurst Revival was its intention to use the Australian Auto-sport Alliance (AASA) as its sanctioning body.

The current legislation, the Mount Panorama Motor Racing Act, only allows events sanctioned by CAMS due to the approval process for any events.

The Act leaves the final say with a three-person Advisory Committee, which includes representatives from Bathurst Regional Council, the police, and NSW Office of Sport.

For Mountain Motorsports’ event to have been successful it would have firstly required the Government to formally acknowledge the AASA’s position as a sanctioning body.

Bathurst Regional Council has stated that it is open to allowing AASA events, having already hosted events at the iconic venue that haven’t required a full circuit closure.

The two tender submissions, from ARG and Supercars respectively, are set to be considered in September.