Harvick holds out Hamlin in bruising finish in New Hampshire

Harvick holds out Hamlin in bruising finish in New Hampshire 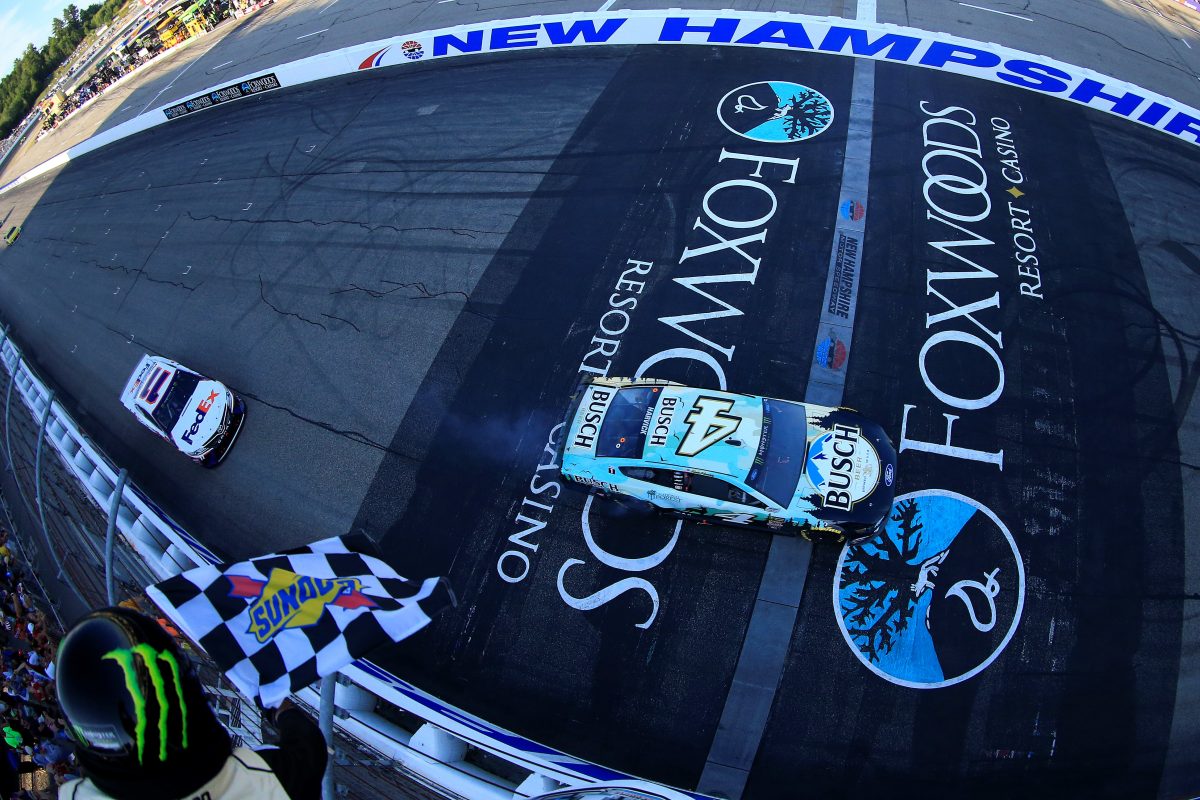 Harvick took the lead under the final Caution by not pitting, having been fourth when Kyle Larson hit the wall on Lap 265 of 301.

The gamble elevated the #4 Stewart-Haas Racing Ford from fourth given that most of those around him did file into the lane in response to the yellow flag.

Hamlin had led in the #11 Joe Gibbs Racing Toyota and while he was first out of pit lane, he lined up in fourth position for the restart, behind Harvick, Erik Jones, and Martin Truex Jnr.

Traffic, as well as two fresh tyres, helped Hamlin close in on Harvick right at the end and they made nose-to-tail contact through Turn 1 on the final lap.

Harvick blocked Hamlin’s run with another touch at Turn 4 and held on to take his and Stewart-Haas Racing’s first win of 2019 by 0.210s.

Jones finished third despite an earlier penalty, ahead of Ryan Blaney and Matt DiBenedetto.

Kyle Busch had an eventful drive to eighth in the #18 Joe Gibbs Racing Toyota, winning Stage 1 before losing position between Stages 2 and 3 due to an extra pit stop for a rubbing tyre, and even bumping the wall on Lap 214.

He is three points behind series leader Joey Logano, who finished ninth in the #22 Team Penske Ford.

This is what @NASCAR‘s all about!

WHAT A FINISH! @KevinHarvick and Denny Hamlin beat and bang to the line at @NHMS, as Harvick gets the win! @NASCARonNBC pic.twitter.com/VU0FX7Vxqv