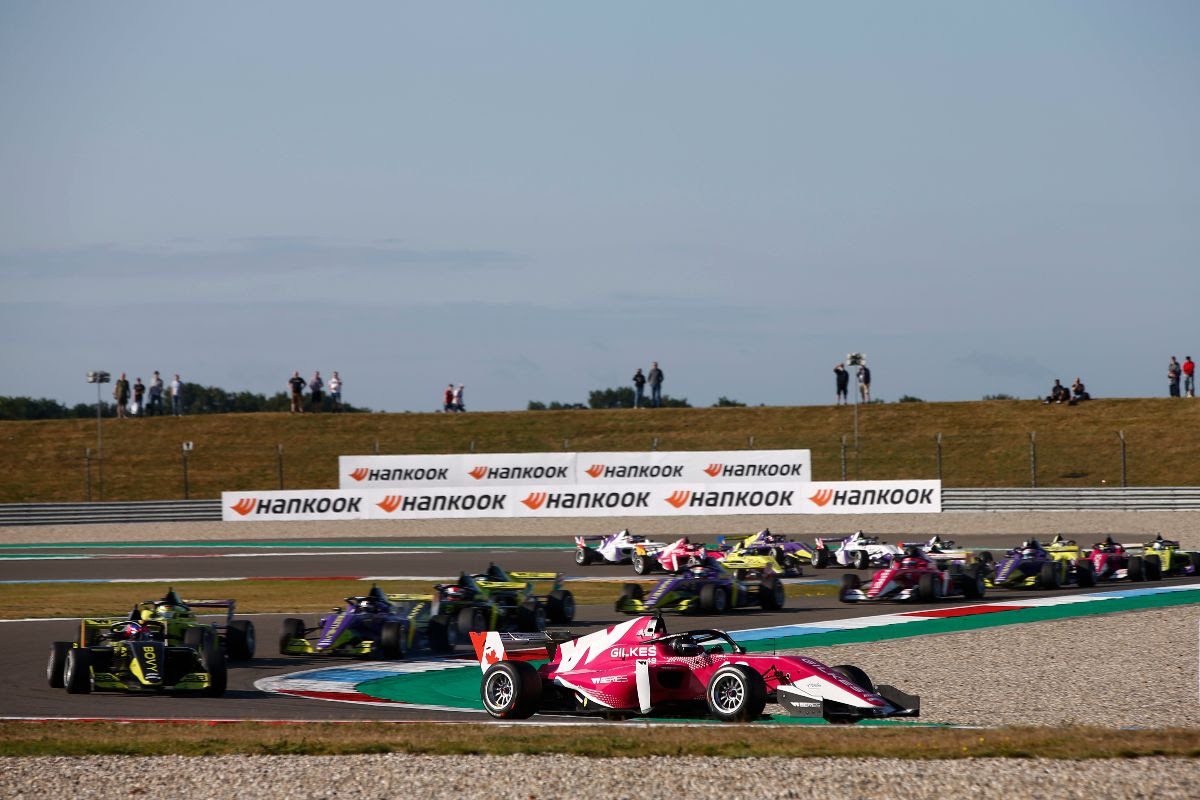 Megan Gilkes claimed victory in the non-championship W Series race at Assen after starting from pole.

The grid for the 18 lap affair was determined by championship standings, with the field then lined up in reverse order.

It saw 18-year-old Gilkes on pole while title leader Jamie Chadwick started from the rear of the grid.

The final margin of victory was just 0.003s for Gilkes, who went across the line side by side with Alice Powell in a tense drag race finish out of the final chicane.

Surviving two Safety Car interruptions and a frenetic late battle with Powell, Gilkes held on to secure the win with Sabre Cook in third place.

Cook rose from eighth at the start with an aggressive race, the American also recording the race’s fastest lap.

Emma Kimilainen was fourth, having won the previous day, one spot up from Jess Hawkins, who had run second before she fell down the order on the final lap.

Having banked a career-best fifth on Saturday, Australian racer Caitlin Wood was 12th in Sunday’s race.

Gosia Rdest and Shea Holbrook were retirements from the encounter after eight and 13 laps respectively, while title rivals Chadwick and Beitske Visser could do no better than 12th and 14th.

Visser’s charge was slowed following contact mid race which impacted the handling of her car, having earlier battled with Chadwick.

The final round of the W Series season is set to be held at Brands Hatch on August 10-11, where the championship winner will receive US$500,000 in prize money.

Chadwick and Visser are the only two drivers in mathematical contention for the biggest prize, with a sliding scale of prize money set to see the runner up receive $250,000.