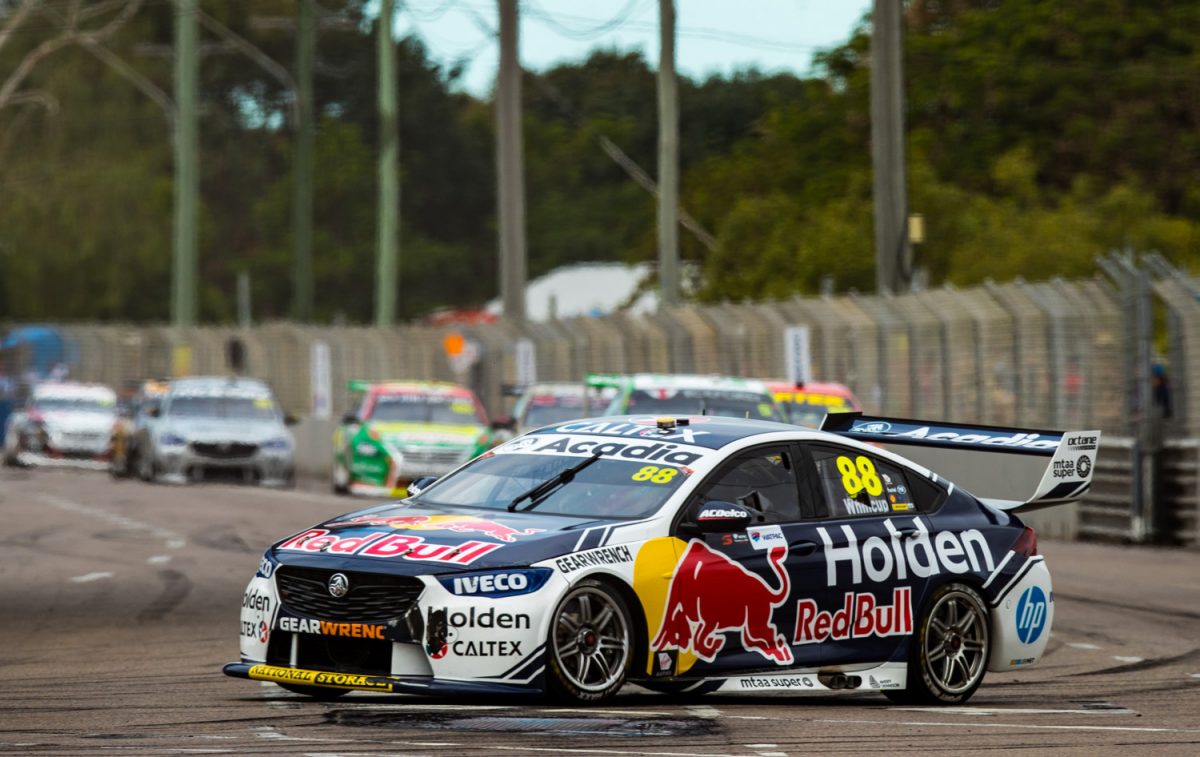 Holden has a lot more internal buy-in and recognition of its Supercars program than it has had for a long time, according to its factory team owner Roland Dane.

The Australian car brand has recommitted to the sport until at least the end of 2021, which sees its works backing of Dane’s Triple Eight squad continue, alongside its support packages for all Commodore teams.

As part of the deal, Holden has confirmed that its Supercars program for the next two years, which will coincide with the introduction of Supercars’ 2021 Next Gen technical rules package, will be built around a V8 powered ZB Commodore that made its debut last year.

The announcement to recommit was low key and the deal a year less than its previous three-year deal announced in 2016, a timeframe which has since been explained by Holden’s marketing boss Kristian Aquilina as having no particular significance.

Despite this, Triple Eight boss Dane says Holden’s involvement in the category has increased, before hinting at an exciting announcement that will further endorse the brand’s commitment to the Australian market.

“They (Holden) are lot more involved with Supercars than they have been for years because there is far more internal buy-in into the program then there has been for a long time,” Dane told Speedcafe.com.

“The internal recognition of the program is back to the level it was in 2012.

“The ability, from not just locally but from the US, to talk about the future of Supercars is really good and it keeps them engaged.

“There are some exciting announcements coming up very soon from GM and I think their commitment to this market will be evident.”

While the Commodore is locked in for the next two years, what Holden does should it continue in the category post 2021 is up for discussion.

Although unsure what will happen in the future, Dane says the next model will be determined by the future direction taken by Supercars and current marques GM and Ford.

“If we can have a good next couple of years with this car (ZB Commodore), which will be the mainstay of this program, then that is good,” Dane added.

“Everyone knows what they are doing but we will see what the future holds after that.

“We have got to do something that aligns with what plans are all round; what Ford’s plans are, what GM’s plans are, and if anyone else is coming in.

“To be honest I can’t say when that (start thinking about the next Holden Supercar) is but the category needs as much stability as possible.

“What they (Supercars) are planning for the future has to be aligned with what the teams and the market can afford.”

Holden has scored two race wins in Supercars this season, courtesy of Triple Eight, with its last arriving in Race 18 at the Watpac Townsville 400 earlier this month.