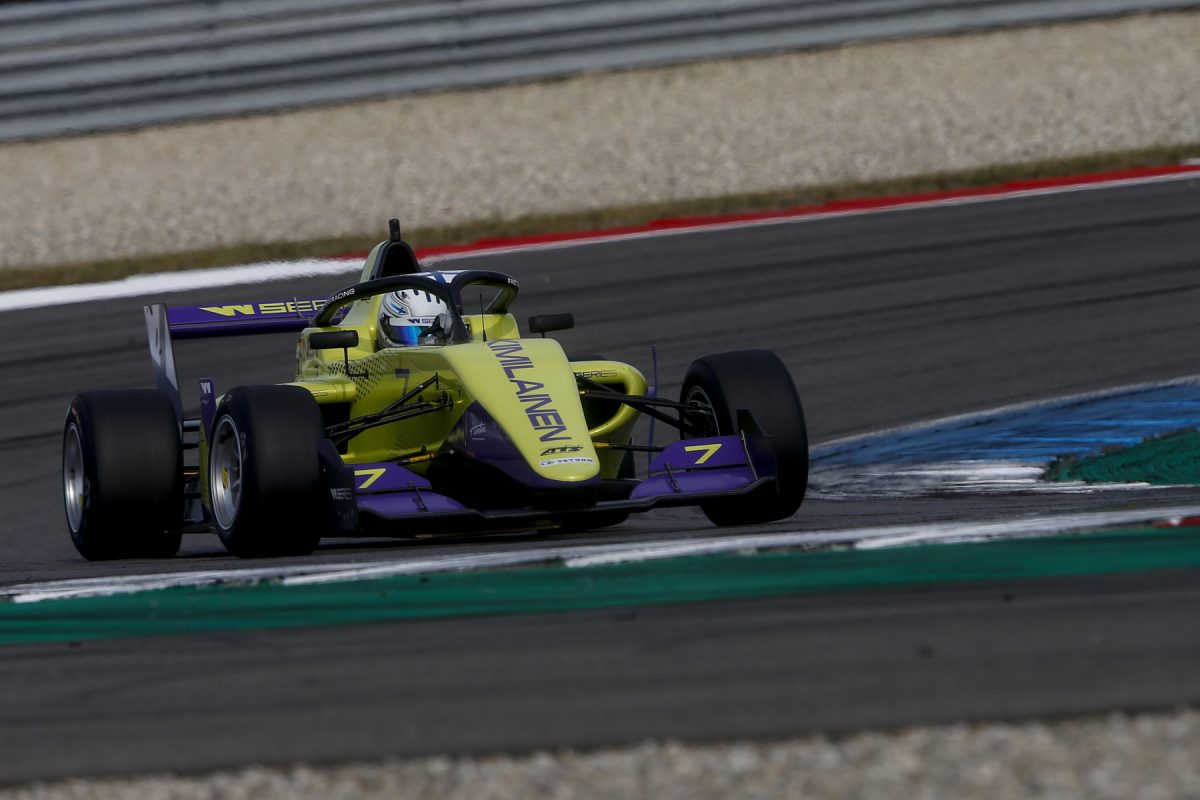 The sole Aussie racer in the series, Caitlin Wood banked her best result of the year with a strong fifth place.

Getting the better start, Powell headed the field initially before a mistake at Turn 1 allowed Kimilainen to complete a move under brakes at Turn 2.

Once ahead, the Finn maintained her position while Powell was forced to trail her home in second place, moving her into fourth place in the championship standings.

Title leader Chadwick battled for much of the race with Dutch driver Beitske Visser for the final podium place, though Visser was never able to find a way through.

Miki Koyama and Tasmin Pepper were both forced to retire early after a red flag incident within the first seconds of the race, while Fabienne Wohlwend was forced into the pits after suffering front wing damage early in proceedings, the result of an incident that cost her seven places in the race and forces her down to fifth place in the championship.

Wohlwend had been an outside chance of winning the championship, though the result means she is now mathematically out of title contention.

The title winner, who will be crowned at the final event of the year at Brands Hatch next month, will also receive US$500,000 in prize money.