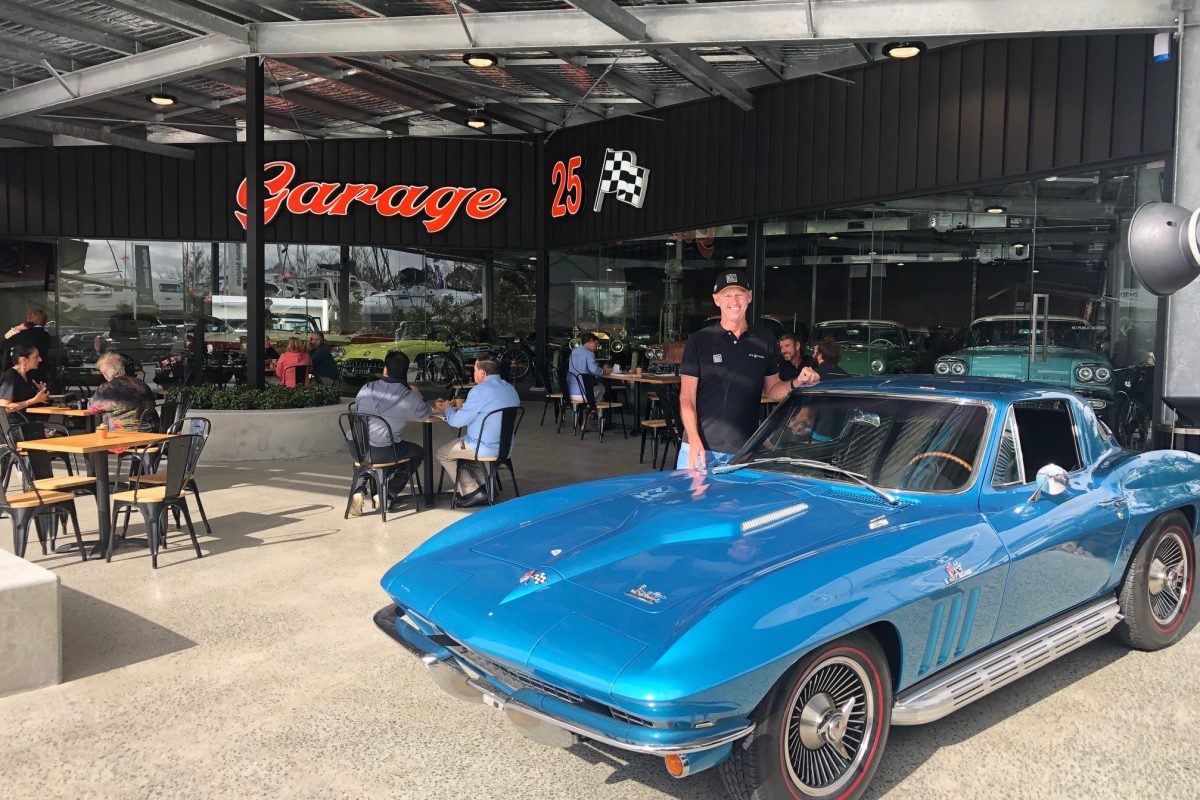 Touring car great Tony Longhurst has put his impressive car and bike collection on permanent display with the opening of Garage 25 on the Gold Coast.

The collection, which was the backdrop for the Armor All Summer Grill on Speedcafe.com over the New Year, sits behind glass as a feature of an open-air cafe aptly named Espresso Twenty5.

The venue is part of Longhurst’s The Boat Works complex which has been developed into one of the world’s leading boat yards and which is currently undergoing another multi-million-dollar extension.

Garage 25 has been designed to service in excess of 1000 contractors, customers and staff that are onsite at the Boat Works each day, but is also open to the public.

Ironically, the venue is at the end of the street where Longhurst’s visionary father John built and developed the Dreamworld theme park before selling it in 1989.

Longhurst won the Supercheap Auto Bathurst 1000 in 1988 and 2001, was the Australian Super Touring Champion in 1994, and won his class in his last appearance at the Bathurst 12 Hour in 2018 with youngsters Matt Brabham and Aaron Seton.

“We had the collection in a private facility and had so many people ask about it after it was featured on Speedcafe.com at Christmas,” said Longhurst.

“We have some pretty cool cars and bikes and thought it would be nice for the public to enjoy it.

“The combination of Espresso Twenty5 gives people a cool casual place to meet and have breakfast or lunch or just a coffee – an organic eco-friendly Byron Bay Coffee at that.

“We also think Garage 25 will be a great venue for corporate and private functions and things like product launches.

“We have just done a soft opening of the venue, but already the word has started to get around and the response from the general public and enthusiasts has been terrific.”

The collection will be rotated on a regular basis and currently includes a 1965 Corvette, Model T Ford, 1957 Cadillac convertible, T-Bird, Ferrari Testarossa and the 2018 Bathurst 12 Hour class-winning BMW.