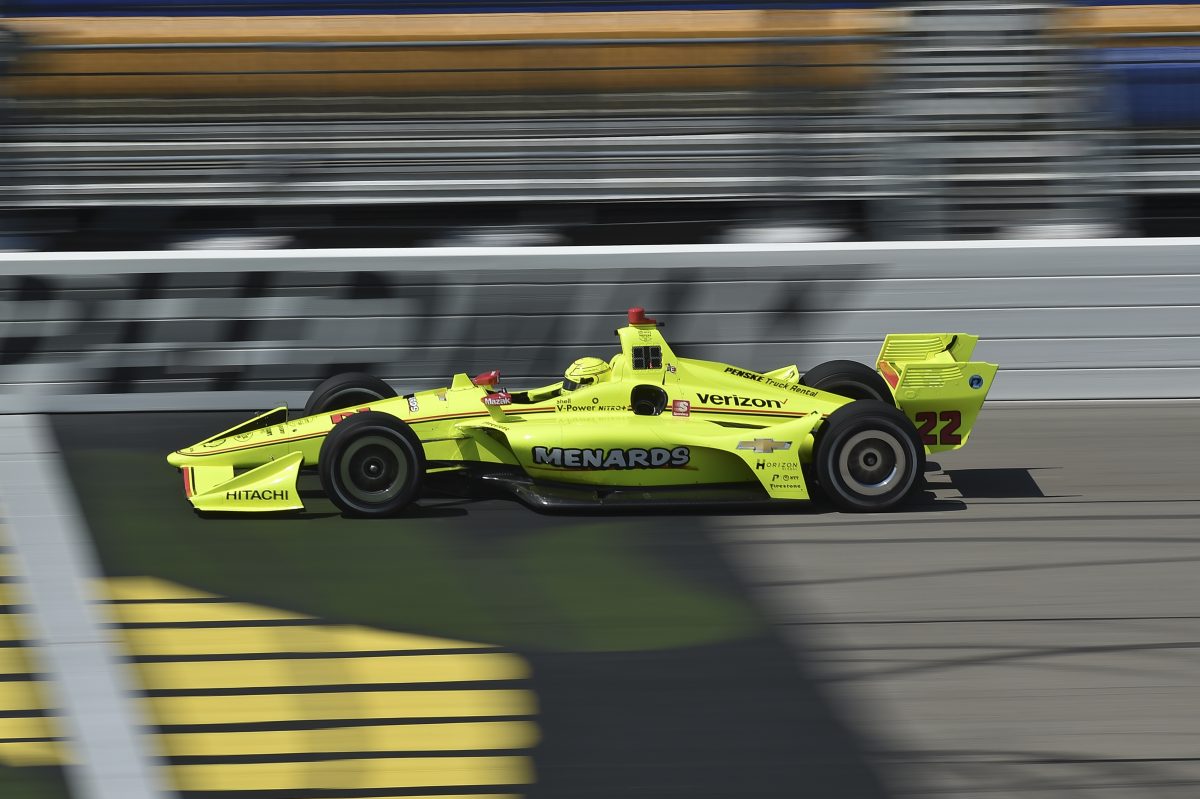 Simon Pagenaud has edged Will Power to pole in a Team Penske sweep of the top three in qualifying for the Iowa 300.

Pagenaud was the only driver who would set a two-lap average of over 180mph, despite a wiggle through Turn 3 on his first lap in the #22 Team Penske Chevrolet.

The pole is the Frenchman’s second straight and third of the 2019 IndyCar Series as he went just under a tenth of a second quicker than Power across the two laps.

Despite earning a front row start in the #12 Chevrolet, the Queenslander was not especially impressed.

“It isn’t for me. That’s just this year. No, (the run) was actually pretty good. The car was good. All three (Penske) cars were good.”

Josef Newgarden was last driver on track and in fact bettered Power’s first lap but not his second, meaning the #2 Chevrolet will start third.

Best of the Honda drivers was Rahal Letterman Lanigan’s Takuma Sato, who was significantly faster than anyone before him at the time before Car #30 settled in fourth on the grid.

There will be another practice session on Friday night (local time) before the 300-lap race is scheduled to start on Sunday at 0910 AEST (Saturday night local time).