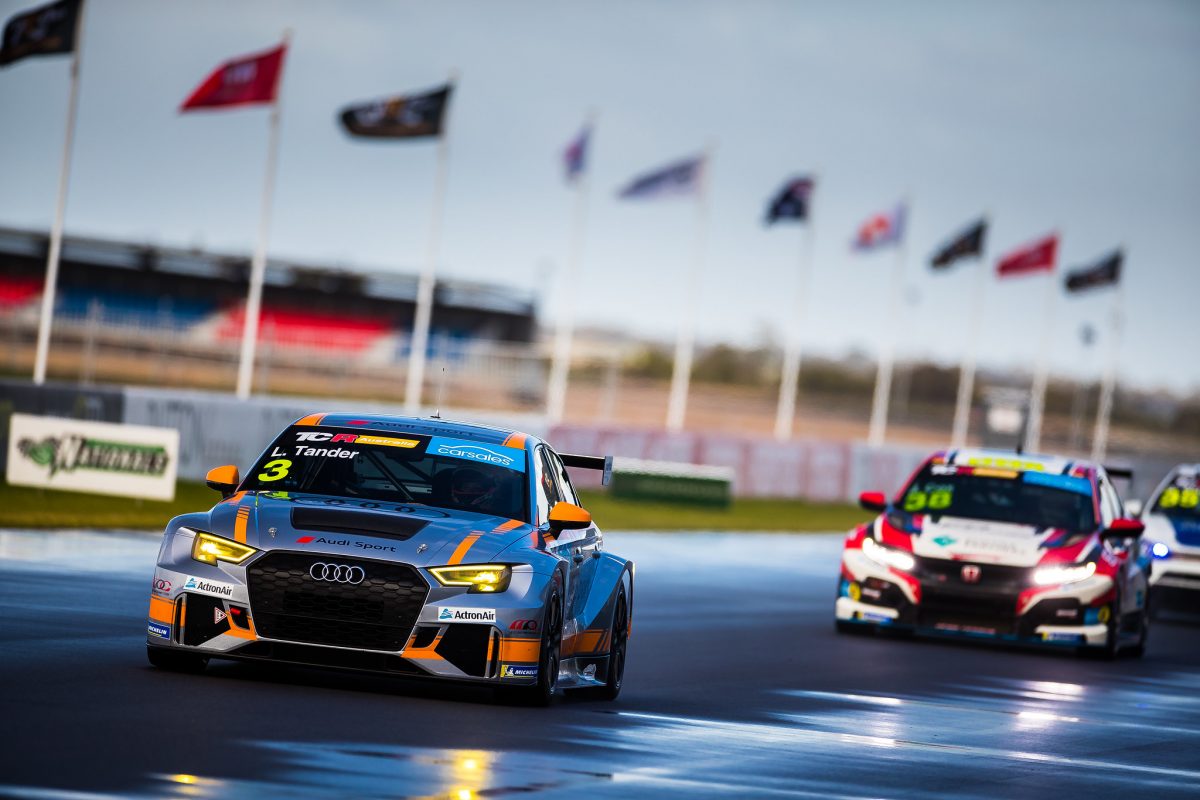 Leanne Tander in a TCR Audi at The Bend pic: TCR Australia Flickr

Garth Tander believes he is unlikely to make further TCR Australia starts but is working to help wife Leanne Tander secure a full-time drive in the series in 2020.

Both Tanders have raced in the last two rounds in Melbourne Performance Centre-run Audi RS3s, with Garth delivering a maiden TCR Australia race win for the German marque and the MPC at The Bend last weekend.

Garth suggested that commitments to Network 10’s RPM program will keep him out of the RS3 for the rest of the year, save for a possible appearance when he is set to race in the Australian Endurance Championship at Sandown in September.

However, he revealed that they are hopeful of making Leanne a fixture on the grid next year.

“I’ve got one more GT race at Sandown, which is also a TCR weekend, so maybe there’s potential there for that, but other than that that’ll probably be it for this year.

“So I’m pretty keen to see what we can do for Leanne for next year. Her speed (at The Bend) was really, really strong, and she seems to like driving these cars, so we’re working pretty hard in the background with stuff for her for the future.”

Leanne is not sure if she will make any further TCR starts this year but is hoping to establish a budget for a permanent seat next year.

“We’re trying to put something together for next year,” she told Speedcafe.com.

“We’re working now because it wasn’t really on the radar so we only sort of started working recently, and to get that sort of money in a short amount of time is really hard.

“We’ve got some interest but we’re just going to use the rest of the year to hopefully put something together and make something work.”

The mother of two has not had a regular program since she made history by winning the Australian Formula Ford crown in 2016.

She believes she can be competitive if she is able to land a full-time drive in TCR Australia.

“I do (enjoy TCR racing) and I really think that once I settled in, I’d be okay,” added Leanne.

“I really think consistent top fives is something I can do. I’ve set various times throughout the (The Bend) weekend that have been good enough to be up there, so it’s just a matter of me putting it together the whole weekend.

“So it’s qualifying properly and then putting the race together properly and not making any mistakes, and that’ll just come with more laps, I guess.”

Round 4 of TCR Australia takes place with Shannons Nationals at Queensland Raceway on August 2-4.