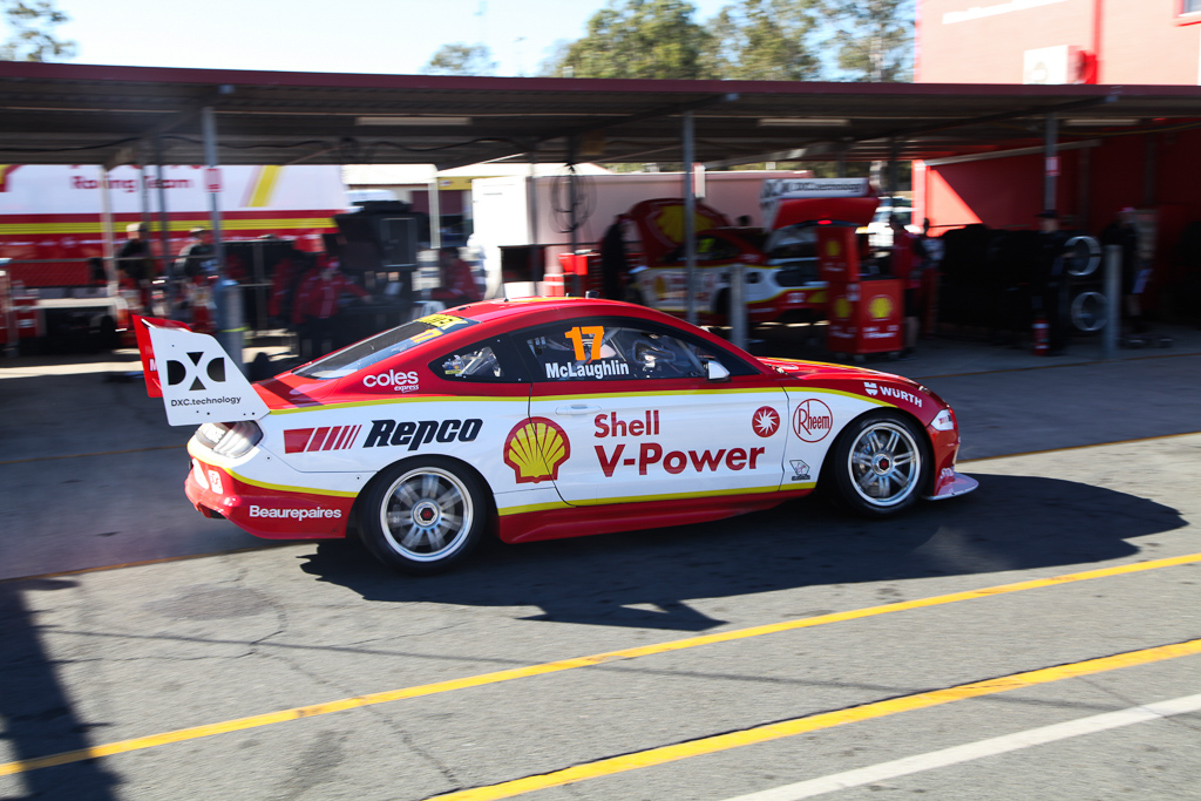 A valuable first in-season test awaits Queensland Supercars teams as they go in search of crucial gains for the remainder of the season.

DJR Team Penske, Triple Eight and Matt Stone Racing will head to Queensland Raceway today armed with packed programs for the squads’ first test running since the pre-season hit out at Phillip Island.

There will be one noticeable absentee at the Ipswich circuit with Tekno Autosports electing not to join the trio for what is set to be an important chance to log miles just days ahead of next week’s Century Batteries Ipswich SuperSprint.

It is expected the day will see the teams run their respective Ford Mustangs and Holden Commodores with Supercars’ new centre of gravity changes in place.

The category announced after the Watpac Townsville 400 that the centre of gravity of the cars will lowered while maintaining the current balance.

It means that ballast will be repositioned in both cars with 6.8kg removed from the roof of the Holden, while nine of the 28kg of roof-mounted ballast in the Ford will be replaced with steel beams.

Shell V-Power Racing will have both Scott McLaughlin and Fabian Coulthard in action as they look unlock more speed from the pacesetting Mustang.

The pair will be joined by Coulthard’s Pirtek Enduro Cup driver Tony D’Alberto who will be on hand to cut laps.

Arch rivals Triple Eight has labelled the day a ‘big deal’ as it aims to find gains to reel in the dominant Shell Fords.

Jamie Whincup and Shane van Gisbergen will face a hectic schedule with co-drivers Craig Lowndes and Garth Tander set to support the pair.

The squad will also be running its Holden Sandman as part of a drive by wire throttle test on behalf of Supercars, alongside its two Super2 cars for Kurt Kostecki and Brenton Grove.

“We have had a hectic year doing a bit of Super2 testing so it feels like we have been to the track more than normal, but this is the first time with the two main game cars so it is a big deal,” team manager Mark Dutton told Speedcafe.com.

“Most definitely (we have a got a lot to get through). We have been talking about, at the last couple of race meetings, that we have been trying different directions and we always refer to them as being non-refined when you are making bigger steps or jumps than you would normally would.

“This is the time to really test everything we have been testing at race tracks and get a better understanding.

“This is really the opportunity to iron out the finer points and really refine and make some decisions. We will be very busy out there.”

Matt Stone Racing will complete the line-up with its Triple Eight built ZB Commodore for Todd Hazelwood, who enjoyed an upturn in form at Townsville.

“We seem to have found a bit of form in the main game and going to our home track we really want to capitalise off it,” team owner Matt Stone told Speedcafe.com.

“We had a good qualifying at Townsville so it will be good to try and have a good test day and see if we can back that up with a result at QR.

“It will be good for us to go through everything we have learnt this year and solidify our processes.”