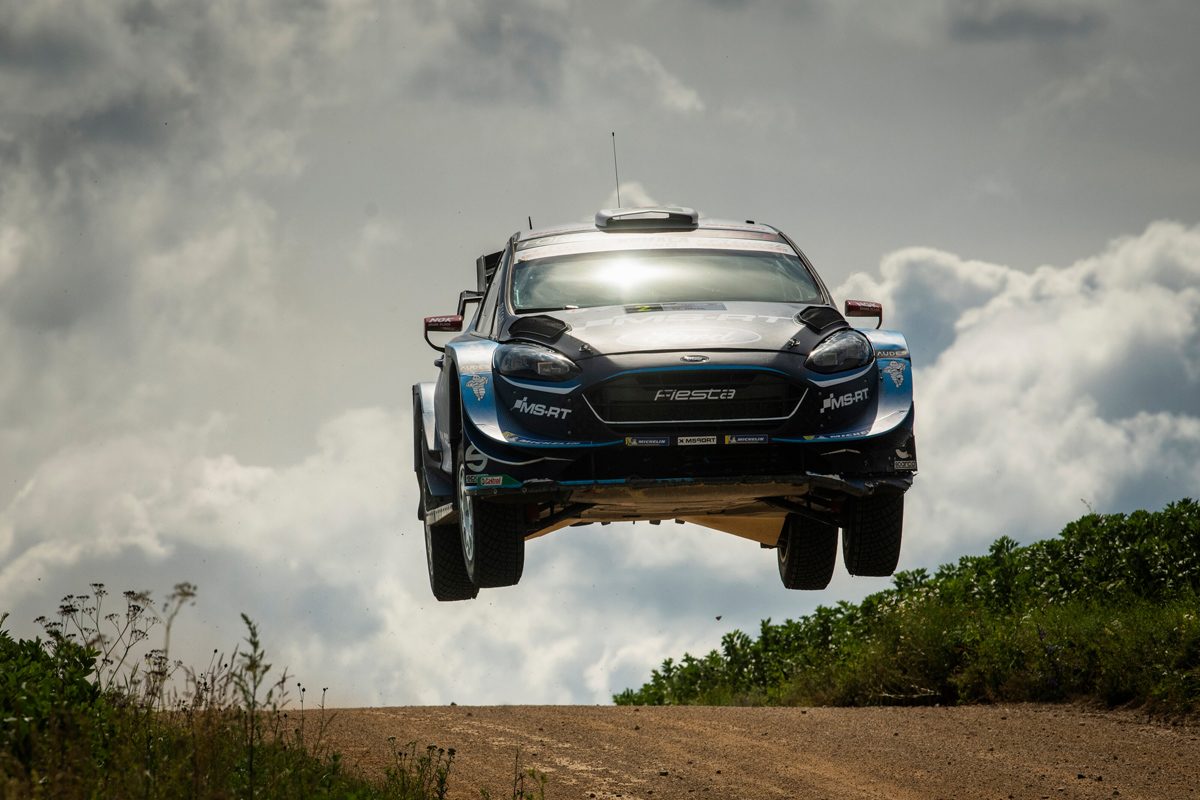 M-Sport driver Elfyn Evans will miss Rally Finland as a result of a back injury he picked up last week during Rally Estonia.

The Welsh driver landed heavily over one of the jumps, and though he was able to complete the event the injury has proved sufficient to keep him out of the forthcoming rally.

“I’m absolutely gutted to be missing Rally Finland, but we suffered a pretty heavy landing in Estonia and have been advised to sit it out and focus on making a full and quick recovery,” said Evans.

“It’s a hard one to take right now, but I have to trust the advice of the experts and the team have all been really supportive.

“I’ll now focus on my recovery and getting back behind the wheel as soon as possible.”

Evans’ place in the team will be taken by Gus Greensmith, a 22-year-old Brit who has been campaigning an M-Sport Ford Fiesta in WRC-2.

Greensmith and co-driver Elliot Edmondson had been set to shakedown the new Fiesta R5, but will instead now spend a day in the WRC test car on Thursday.

“It’s obviously a real shame for everyone not to see Elfyn and Scott (co-driver Martin) in Finland, but when you’re medically advised not to contest an event that’s not something you can ignore,” explained team boss Rich Millener.

“Finland is such a physically demanding rally, and Elfyn’s fitness is our main concern.

“After their impressive debut with the World Rally Car earlier this year, we felt it only right to offer the seat to Gus and Elliott,” Millener added.

“I know they’ll make the most of this opportunity, and they’ll have a pre-event test tomorrow to ensure they’re as prepared as they can be for the challenges ahead.”