Ground effects to return as F1 reveals details of 2021 rules

Ground effects to return as F1 reveals details of 2021 rules 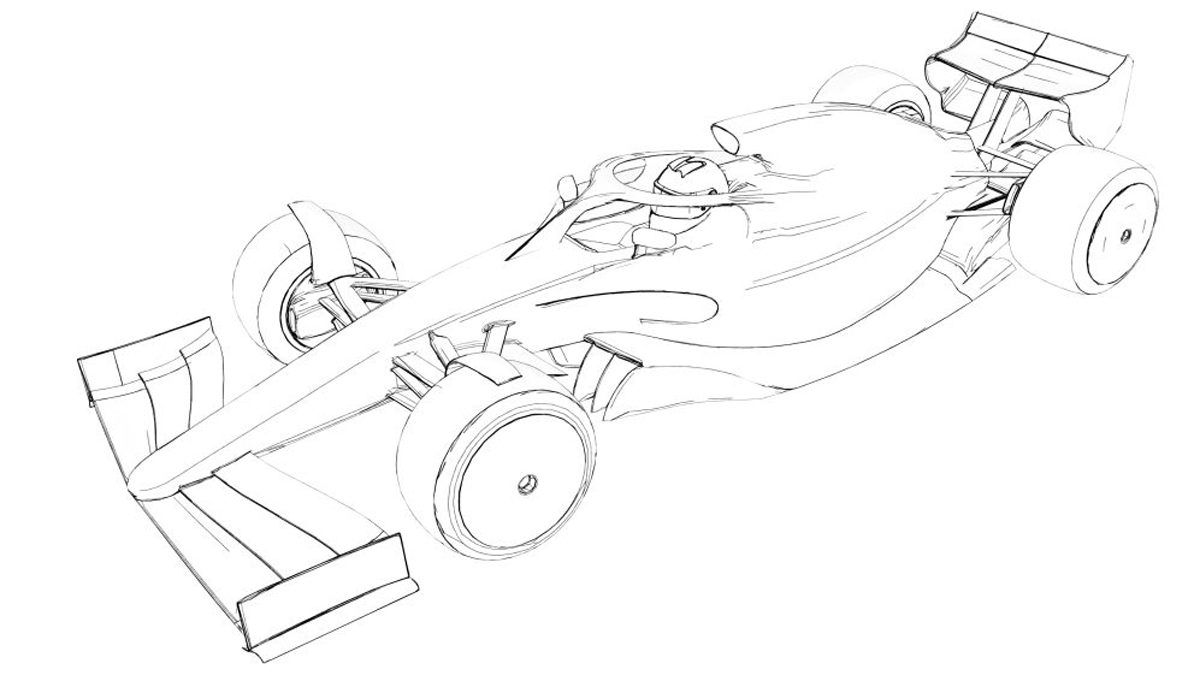 An artist’s impression of a 2021-spec Formula 1 car

Formula 1 cars will feature ground effects from 2021 as the sport releases further details around the planned regulation changes.

While the formal regulations have been delayed until October as the finer details are ironed out, a high level overview has been unveiled.

It includes an artists impression of what a 2021-spec car might look like, the most notable difference the lack of raised nose cone structure.

Most of the technical changes occur underneath the cars, with F1 set to return to ground effects in an effort to increase overtaking.

Employed in the late 1970s and early 1980s, ground effects uses airflow tunnels under the car to create its primary downforce rather than relying on wings and other aerodynamic aids.

The most extreme of these was the Brabham BT46B, which used a fan to help suck the car to the road – a concept first explored in Can-Am competition by Chapparel in 1970.

The BT46B was driven by Niki Lauda to victory in the 1978 Swedish Grand Prix, the car was subsequently withdrawn (not banned as is often suggested) and never raced again, while the loop hole that allowed its competition was subsequently closed.

Aside from being banned in the early 80s, ground effects proved a difficult concept for teams to get right, with ‘porpoising’ a significant problem as the centre of pressure underneath the car moved over bumps, making some drivers sea-sick.

Cars also employed sliding skirts along their length in an effort to create a seal with the ground to amplify the downforce (the ‘Bernoulli effect’).

Since then the understanding of aerodynamics has moved on significantly, with the proposed design includes two tunnels underneath the car creating an area of low pressure.

That would essentially suck the car to the road as the air expands in the diffuser (Couette flow).

It’s hoped it will mean the aerodynamic deficit experienced by a car following another will be significantly reduced by a magnitude of 10 – cars currently experience about a 50 percent reduction in downforce when trailing another, for 2021 it’s hoped that will become just five to 10 percent.

There are a raft of other changes too with a focus on making the sport more appealing both aesthetically and in terms of the racing.

That includes a focus on the drivers’ ability to push hard throughout a race, with new tyres and wheels being developed expressly for that purpose.

“We are in fairly deep consultation with Pirelli about how to make the tyres really step up and be in a position where they enable people to race; they don’t degrade, they don’t force people to manage the tyres so much,” explained Nicholas Tombazis, the FIA’s head of single seater technical matters.

The 18 inch wheels will also be standardised across the field, part of an wider financial program designed to cut costs.

According to Ross Brawn the aim is to halve the current delta from the front to rear of the grid.

For the British Grand Prix there was approximately three seconds between Robert Kubica and the back and Valtteri Bottas at the front.

“We have three teams that can win races at the moment, that’s all,” Brawn explained.

“Over the next couple of years, Formula 1 will be on a much better path… where a really good, moderately-funded team, can cause a lot of trouble.

“That’s what we want. If you get a Charles Leclerc or a Max Verstappen in a midfield team, it can make a difference. It won’t matter at the moment.”

Part of that will see tighter restrictions on what teams can design, a decision which moves F1 one step closer to a spec series.

The rationale is that it will prevent teams from finding a ‘silver bullet’ that gives them the advantage – much like Brawn himself found with the double diffuser for 2009.

“Undoubtedly from the relative freedom teams have had so far, it’s going to be frustrating,” Brawn admitted.

“But if they can take the approach that these regulations are the same for everyone and ‘we’re going to do a better job than anyone else, we just won’t be two seconds faster, we’ll be two-tenths faster’ – that’s what we want from Formula 1.”

It’s also proposed that the data from car to pit wall be reduced, tyre blankets be banned, and whether there are further driver aids that can be eliminated in an effort to increase the challenge of racing an F1 car.

Formula 1 is due to formally release its completed 2021 regulations to teams in October.