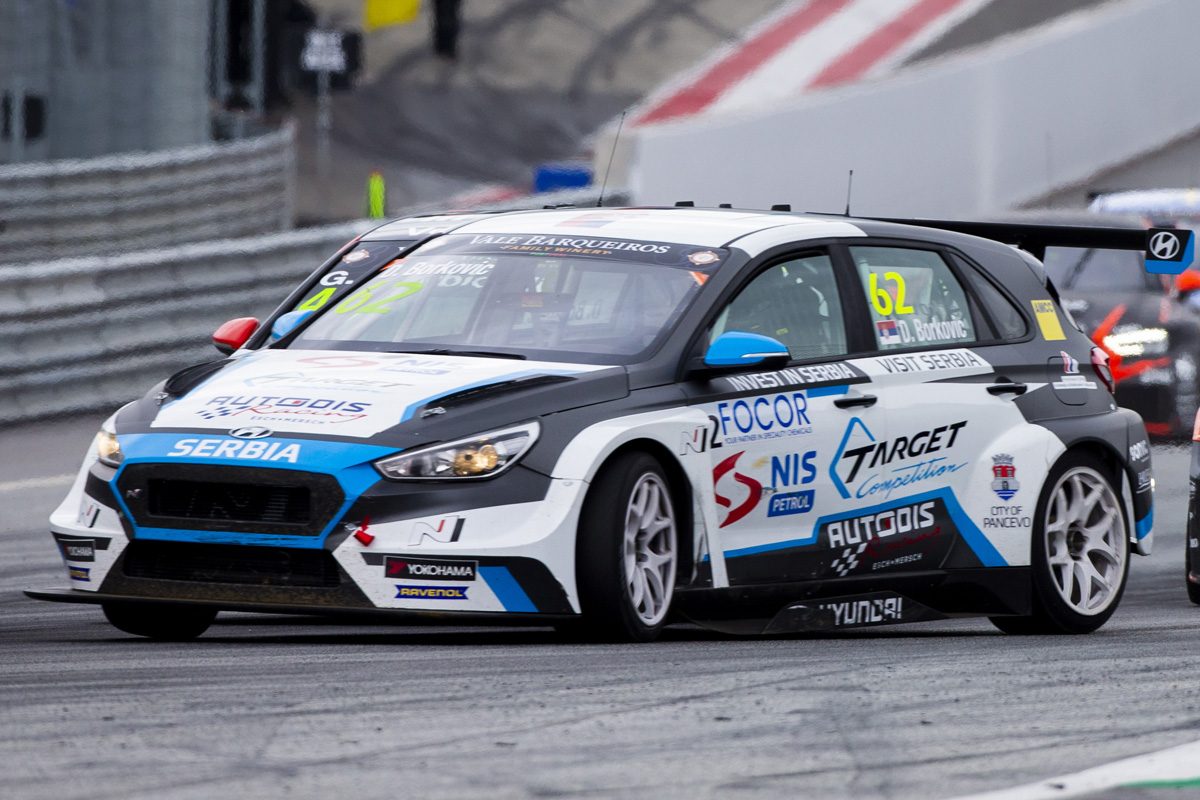 TCR Europe driver Dusan Borkovic has been banned from the remaining events in 2019 after a paddock tussle at the Red Bull Ring.

The extraordinary punishment comes after the Serbian driver approached the M Racing Hyundai of Natan Biel, knocking over a bystander in the process as he tried to access the car.

While battling for fifth place on the final lap of Race 2, Borkovic was pitched into a spin following contact with Nelson Panciatici, Biel’s team-mate, with Borkovic misidentifying the culprit.

Following the incident stewards disqualified him from the race with a ban extended to the end of the season.

Borkovic was involved in a similar incident at Monza last year, in that instance officials accepting an apology and allowing him to continue racing.

In this instance however there was no such leniency, with the Hyundai driver turfed from the competition for the season’s remaining three events.

“The competitor had an inadmissable behaviour in the parc fermé after race 2, pushing a woman on a car, trying to tear off the front-left door in order to reach the driver of car #25,” read the stewards’ report.

“The competitor had an improper conduct and unsporting behaviour for the second time after the same situation at Monza 2018.”

“We took this action with regret, but had no other choice,” added Paulo Ferreira, TCR Europe’s series promoter.

“As the Series Promoter, we cannot remain as mere spectators of this unfortunate event.

“Violence cannot go unpunished in an event that is open to the fans and covered by the media.

“Very often the drivers are the models for young people who wish to enter the world of motorsport and it is precisely because of this philosophy that we can no longer tolerate aggressive behaviour.

“We tolerated what happened in Monza last year, with the aim of giving a second chance that in our ethical code is worthy of being given to those who repent and apologize for their mistakes.

“But now the time for tolerance is over.”

It was later confirmed that the women who fell during the scuffle was Borkovic’s wife, who also acts as his manager.

A statement from Borkovic suggested persistent on track troubles had contributed to the incident, though stopped short of accepting responsibility for his actions.

His statement also confirmed that he would be taking no further part in TCR Europe, though omits any mention of the ban.

“I was hoping that the problems we had were a mere chance and that there were no bad intentions,” Borkovic’s statement said.

“However, after multiple occasions where there were double standards for certain drivers, my team and I realised that things will not change.

“I am not a robot, and neither are many other good drivers who are driving professionally.

“Of course, I will say something when somebody is not professional and endangering my life on the track where we do our job, let alone the fact that we are all there to compete and promote our sponsors.

“I will not go further into details of what happened since there is no point.

“TCR Europe doesn’t want me there, and that is okay.

“I wish them all the luck and I will move on together with my team.”

The Red Bull Ring event was the fourth of the 2019 TCR Europe season, with three scheduled to follow.

Borkovic sat 11th in the championship standings, though was third in last year’s title race with three race wins to his name.

TCR Europe’s next heads to Oschersleben in Germany on August 3-4.