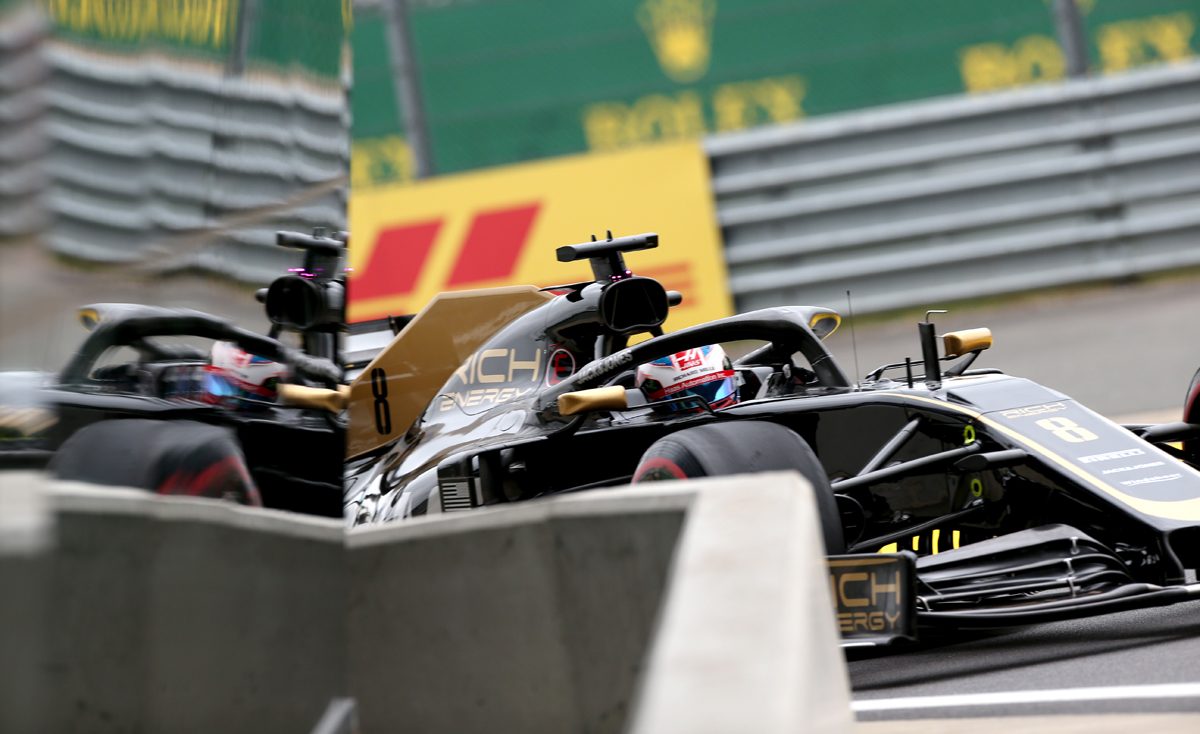 Romain Grosjean in the Haas

The saga surrounding the Haas F1 team’s title sponsor Rich Energy has taken a further twist with news William Storey has resigned from the company he founded.

Storey confirmed his exit from the company, selling his majority share holding, with the company quickly renamed to Lightning Volt.

William Storey founder of @rich_energy has sold his majority stake in the legal entity of Rich Energy Ltd to a third party. This was in disgust at conduct of duplicitous minority stakeholders. In the words of @Schwarzenegger he’ll be back!#richenergy #F1 #nobull #williamstorey pic.twitter.com/wvjRBAIqx9

Records filed with Companies House in the UK confirm that Storey and business partner Zoran Terzic had their appointments on the board at Rich Energy ‘terminated’.

The address for the company was also transferred to a new location, initially listed insolvency practitioners The BDG Group before the company’s name was later removed from the company record.

The bizarre sequence of events surrounding Rich Energy began in the lead up to the British Grand Prix weekend when the company’s official account stated it had withdrawn its backing from Haas due to ‘poor performance’.

It subsequently shared letters detailing the debate surrounding its sponsorship agreement with Haas, and that the team had been working to remove Storey from his position as CEO.

Lobbying for the removal of the CEO, largest shareholder & founder of your title partner is repudiatory breach @HaasF1Team. Mr Storey was also personal guarantor of the contract. It is like @rich_energy seeking to remove Gene Haas! Amidst the noise let’s get real. #richenergy pic.twitter.com/dHNPEzJflp

Rich Energy has been a controversial company since arriving on the scene, initially trying to become involved with Force India before it was placed into administration midway through 2018 before announcing a title sponsorship deal with Haas earlier this year.

Earlier this year it lost a copyright infringement case relating to its logo which saw Haas run without the deer antler branding since the Canadian Grand Prix.

The company has also made headlines in Australian motorsport, announcing backing for Rio Nugara for the opening Australian GT round of the season, and entry which never materialised.

At the British Grand Prix, both Kevin Magnussen and Romain Grosjean were early retirements following contact in a disastrous weekend for Haas.