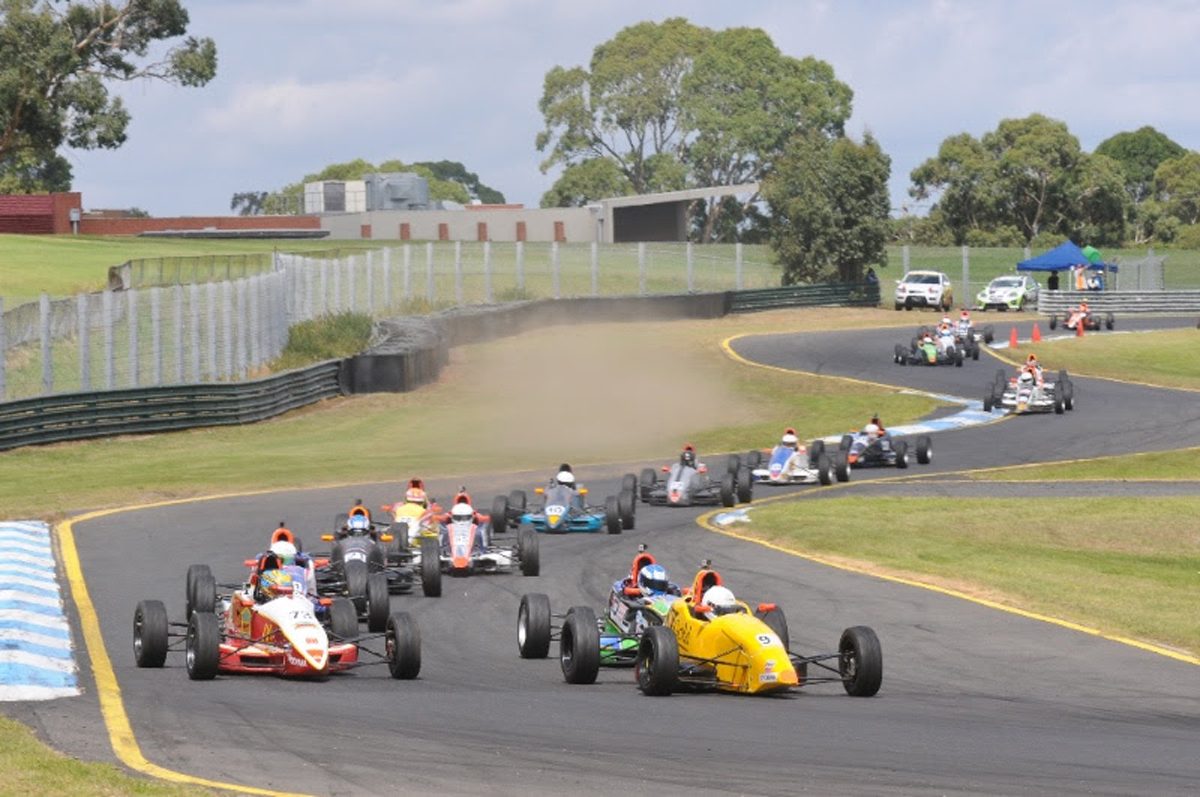 Formula Ford will feature a 29 car grid this weekend

Formula Ford will boast a 29-car field when it heads to Sandown this weekend for the fifth round of the national competition.

Split between Duratec and Kent classes, with 21 cars entered in the top class and the balance made up of older spec Kent entries.

Mouzouris scored a near-perfect 60 points at Round 3 of the series, missing only the point for pole position, and was a race winner again last time out at The Bend.

So too was Sargent, while Lachlan Mineeff claimed his first Formula Ford win in the final race of the weekend, a result which handed him the overall round.

Running alongside the national competition will be the Victorian Formula Ford Championship, in which Ben D’Alia holds a commanding 63 point lead over Ben Bargwanna.

Four practice sessions are set to open the weekend on Friday (July 19) before qualifying and the opening race on Saturday, culminating in two races on Sunday.