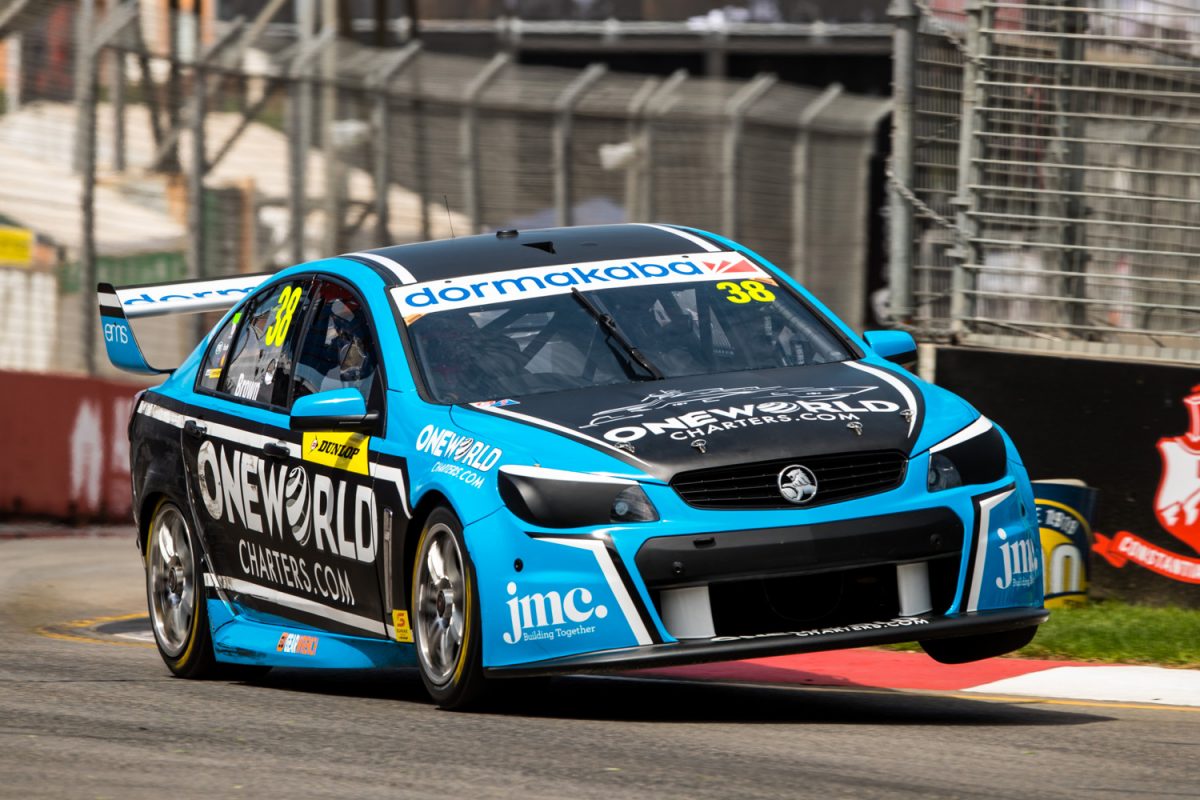 Will Brown is pessimistic about his chances of being able to afford another season of Super2 as he looks for a move to the Virgin Australia Supercars Championship.

Brown is currently in his third season in the Dunlop Super2 Series, each spent with Eggleston Motorsport, and will join Penrite Racing’s Anton De Pasquale for the Pirtek Enduro Cup again this year.

Success in Super2 has proven far tougher, missing a probable race win due to a gearbox problem in the final race of his rookie season in 2017 before finally breaking through at Barbagallo in May this year.

Brown told Speedcafe.com that he is keen to move up to the Supercars Championship in 2020.

“We’re definitely looking to make the step,” he declared.

“I think we’ve done enough and we’re feeling good in the Erebus car, we’re always up the front in co-driver sessions and feeling confident, so definitely looking at making the step and seeing what we can do.”

Erebus Motorsport CEO Barry Ryan believes that re-signing David Reynolds and De Pasquale is a ‘formality’ and Brown admitted that there have been no serious talks about moving there on a permanent basis, stating, “I think they’ve been trying to lock Anton down so that’d be their ultimate goal so we’ll wait and see.”

However, he also expressed a level of pessimism about being able to catch the eye of other teams, given his patchy form in Super2.

“We’ve had a few crashes and that, it’s a bit disappointing, so we’ve got to look at our options.

“We haven’t really had the car this year to be able to (impress), and last year we struggled a little bit, to do what we wanted to do to impress them.

“I guess last year probably the Enduro Cup is what saved me and I did a really good job in that and we were able to top a couple of timed sessions.

“The Erebus car was great, so I’ve got to look at that again this year and with the season starting early again next year, deals are going to be done over the next couple of months.”

When asked if his circumstances made this a critical time in his career, Brown responded, “It definitely is.

“We don’t have the family funding or even the backing behind us right now probably to go again next year (in Super2).

“If you step up to main game there’s probably more funding available from bigger sponsors and that, so that’s a possibility, but for DVS it’s probably a hard one to have another crack next year.”

Brown is currently ninth in the Super2 Series, and the leader of TCR Australia.

Both series continue at Queensland Raceway in coming weekends, first with Super2 supporting the Century Batteries Ipswich SuperSprint on July 26-28.