Steiner: Magnussen, Grosjean might as well have brought shovels

Steiner: Magnussen, Grosjean might as well have brought shovels 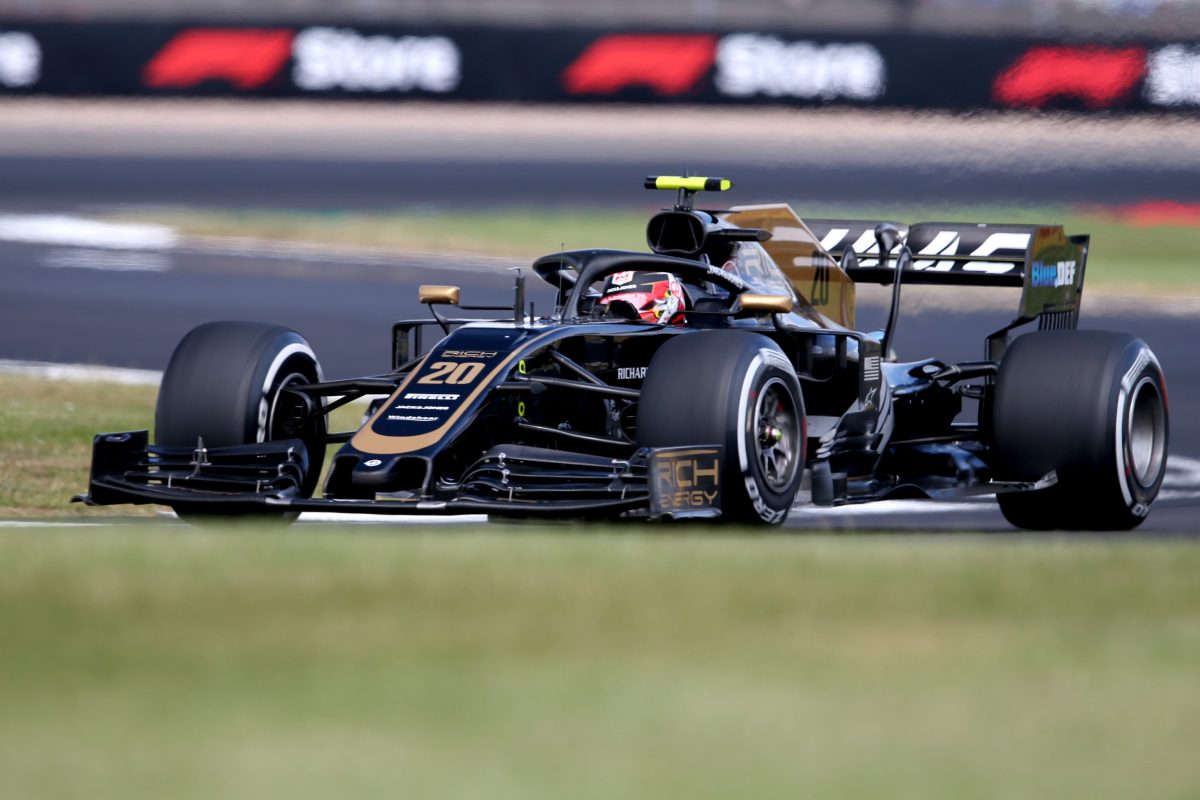 Kevin Magnussen shortly before retiring from the British Grand Prix

Guenther Steiner has quipped that his Haas drivers might as well have brought shovels to the British Grand Prix as their first-lap clash dug the team an even bigger hole.

Kevin Magnussen and Romain Grosjean made side-to-side contact as they entered the Wellington Straight, which forced both to pit for punctures at the end of Lap 1.

In the end, neither made it to Lap 10 due to the deeper damage which they sustained, and Haas remains second-last in the constructors’ championship.

It was also not the first time that Grosjean and Magnussen have come together this year, having also done so upon a restart in Spain.

“It was a very disappointing race for us,” said Steiner.

“I’m just stating the obvious here. The best that our drivers could bring to the battle was a shovel – to dig the hole we’re in even deeper. We need to go back, regroup, and see what we do in future.

“Both of them (are in trouble), it is not acceptable what happened. I was pretty clear with them after Barcelona, what not to do.

“In the end, we are in a difficult position at the moment, how to get the car work on track. Everyone works hard like hell.

“Then when we get a chance, and our long runs look okay, we crash into each other on Turn 5. It’s not acceptable.

“Everyone works hard to get out of this hole that we are in. We do the almost impossible and when we get the chance to score points or to at least learn something to move forward, they do something like this.”

Haas arrived at Silverstone amid the saga involving Rich Energy, which slammed the team’s performance and announced the termination of its major sponsorship on Twitter.

A group of shareholders laid the blame at the feet of a ‘rogue individual’ but CEO William Storey then accused those shareholders of attempting a coup.

On the race track, Haas took the step of putting Grosjean back on its Albert Park-specification aerodynamic package in order to compare that version to the current one.

Steiner believes that the team did find improvement in its tyre management, a key weakness for it so far in 2019, at Silverstone.

“I think we had the tyre temperature a bit more under control,” Steiner said.

“Between the wind and track changing, you needed to be out at the right minute of the day. We still need to understand why it went down in Q2.

“We got some data, not a lot today obviously, we have four turns, that will not help a lot. We need to go through the data and then see what Hockenheim brings.”