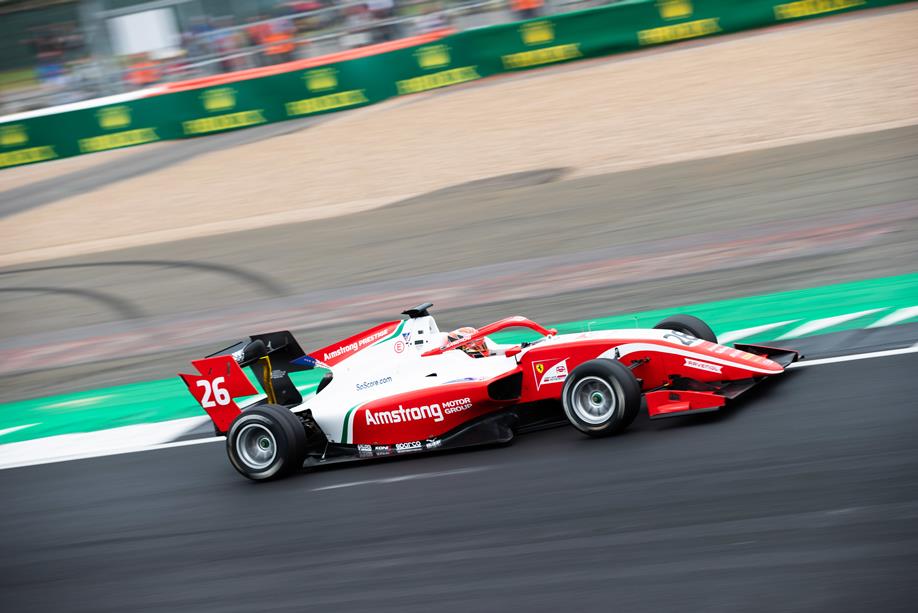 Marcus Armstrong and Liam Lawson each picked up a podium in FIA Formula 3 at Silverstone.

Armstrong qualified on the front row but dropped as fourth as fourth when he attacked eventual Race 1 winner Juri Vips (Hitech) off the start.

He also shaped for a move to reclaim second from Prema team-mate Jehan Daruvala midway through but was staved off, while Lawson (MP Motorsport) was eighth and Alex Peroni (Campos) 10th.

Those results put Lawson first for the start of Race 2, but Leonardo Pulcini (Hitech) found a way by on Lap 9 and went on to win, before Robert Shwartzman (Prema) rounded up the Kiwi at Stowe on his way to a second place finish.

Lawson was third in the end, one position ahead of Armstrong, while Peroni retired with bent steering after copping an early hit.

Shwartzman holds a 12-point lead over Daruvala, while Armstrong is fourth and Lawson 10th in the championship with the Hungaroring next up on August 2-4. 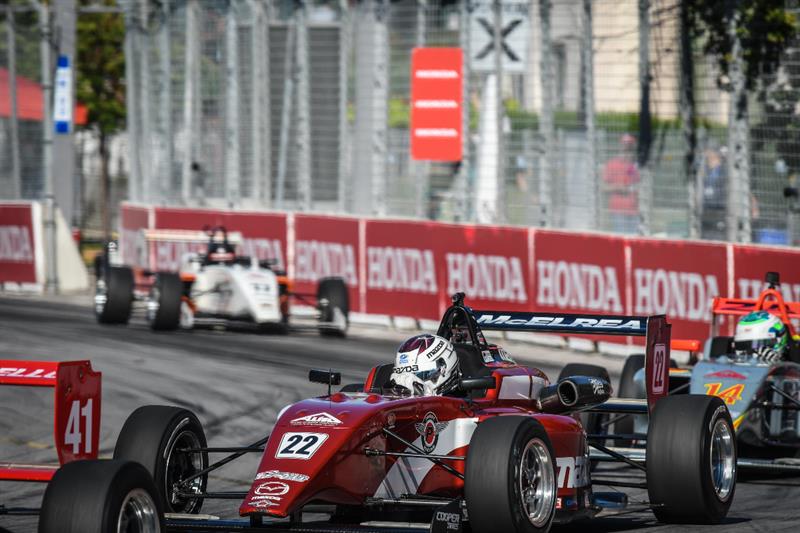 Hunter McElrea is a net unchanged 41 points away from the USF2000 Championship lead despite hitting the wall in Race 2 of the Toronto weekend.

Series leader Braden Eves (Cape) took fourth as Australian Cameron Shields (Newman Wachs Racing) failed to make the finish due to a run-in with the barriers.

Rasmussen and Keane swapped positions in Sunday’s results, Shields finished sixth, Eves was 11th after contact with Colin Kaminsky (Pabst Racing), and McElrea 14th when he had his own incident while trying to avoid another. 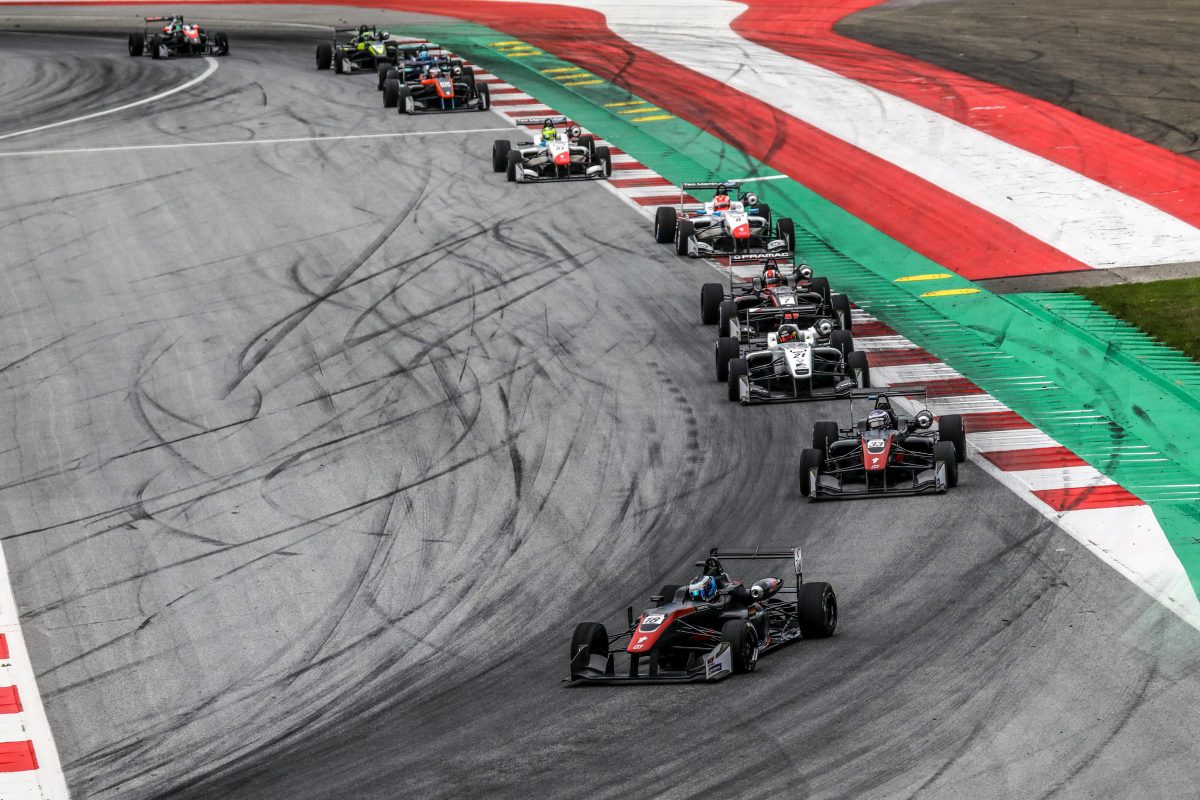 Jack Doohan finished second and 13th in Round 6 of Euroformula Open at the Red Bull Ring.

The Double R driver had an early battle with compatriot Calan Williams in Race 1 before finishing a close second to Marino Sato (Team Motopark), while Williams ended up fourth in his Fortec entry.

Race 2 was less of a success for Doohan, who was last of those on the lead lap having had to make a front wing change, while Williams ended up fifth and Sato won again.

Sato continues to hold a commanding series lead with the next round at Silverstone on September 7-8. 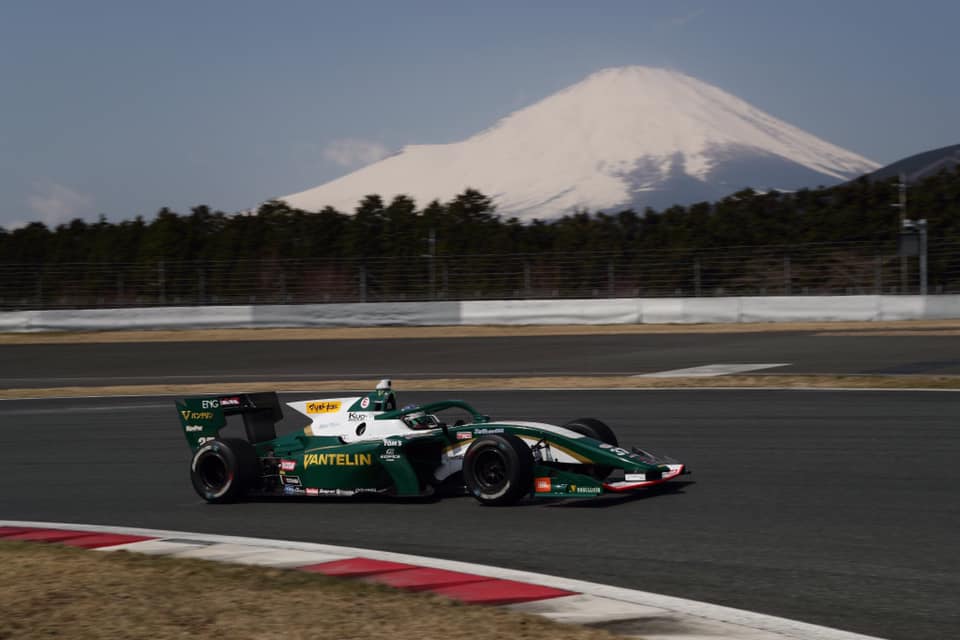 Nick Cassidy has finished third in Round 4 of Super Formula at Fuji Speedway.

Spaniard Alex Palou qualified on pole and despite not driving a perfect race in heavy rain, the Nakajima Racing driver led all the way and won by 13 seconds.

Cassidy passed Tomoki Nojiri (Team Mugen) shortly after the Safety Car period under which the race began had ended.

The New Zealander pressured Sho Tsuboi (Inging) but could not find a way past and had to settle for the bottom step of the podium in his TOM’S entry. 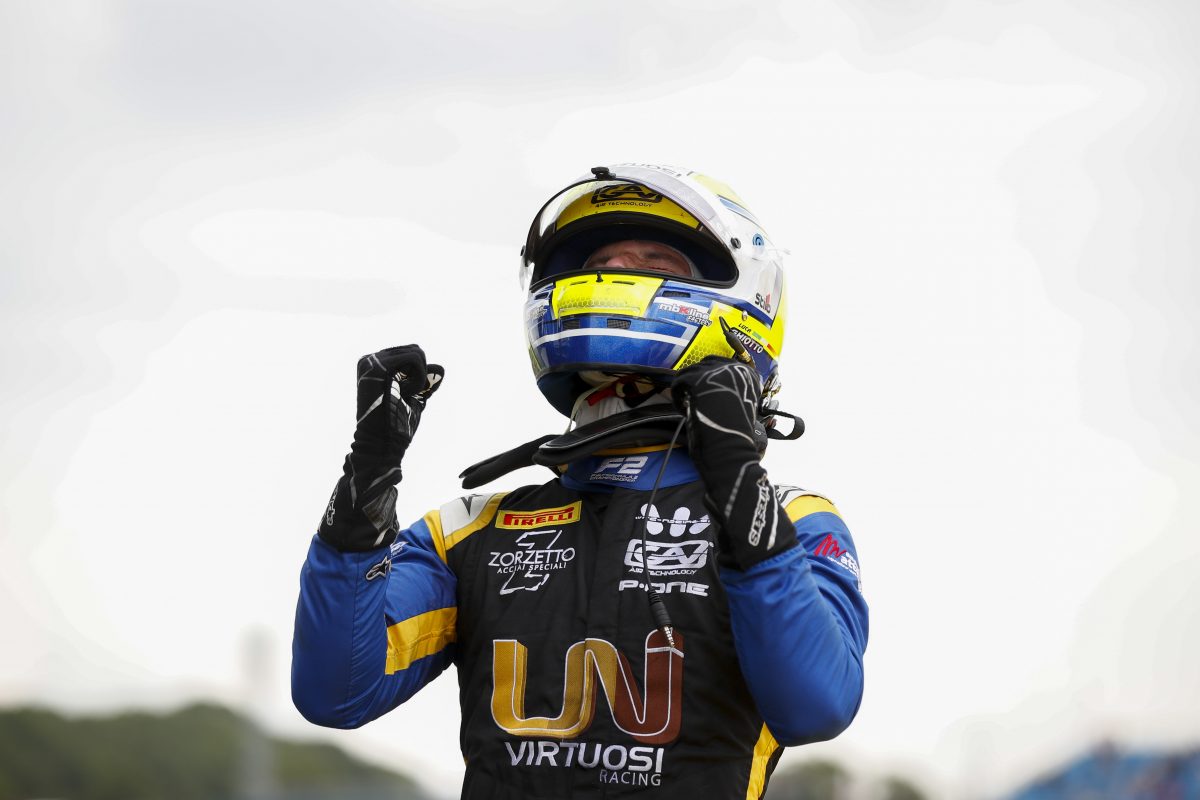 Luca Ghiotto came from behind to win the Formula 2 Feature Race at Silverstone, despite beating pole-sitting Virtuosi Racing team-mate Guan Yu Zhou off the start line.

Ghiotto lost the lead to DAMS’ Nicholas Latifi when he slipped wide on cold tyres at Brooklands shortly after his pit stop, but reclaimed the spot and went on to win by over three seconds.

Behind Latifi was Zhou on the final step of the podium, while championship leader Nyck de Vries (ART) finished sixth.

Jack Aitken (Campos Racing) won the Sprint Race from Louis Deletraz (Carlin) and de Vries, the latter of whom holds a 31-point advantage on the way to the Hungaroring on August 2-4. 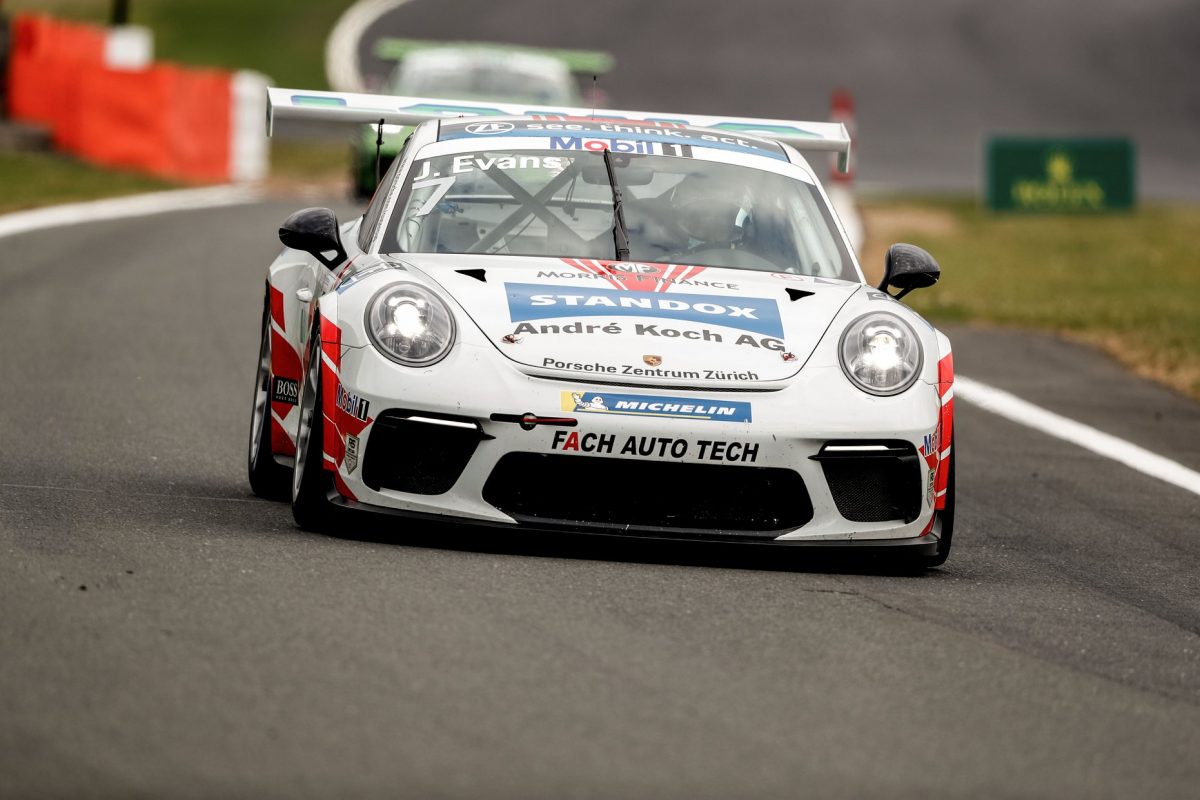 Jaxon Evans finished fifth in Round 4 of Porsche Supercup at Silverstone after qualifying third.

The New Zealander made a strong start to the 13-lap race which saw him run as high as second, but could not keep Julien Andlauer, Florian Latorre, or Larry ten Voorde at bay.

Ayhancan Guven led all the way, while Andlauer took over the championship lead by finishing second.

Of the Australians, Joey Mawson finished ninth, Stephen Grove was 24th outright and second in the Pro-Am class, and Marc Cini was a non-starter.

Evans is eighth in the standings with Round 5 at Hockenheim on July 26-28. 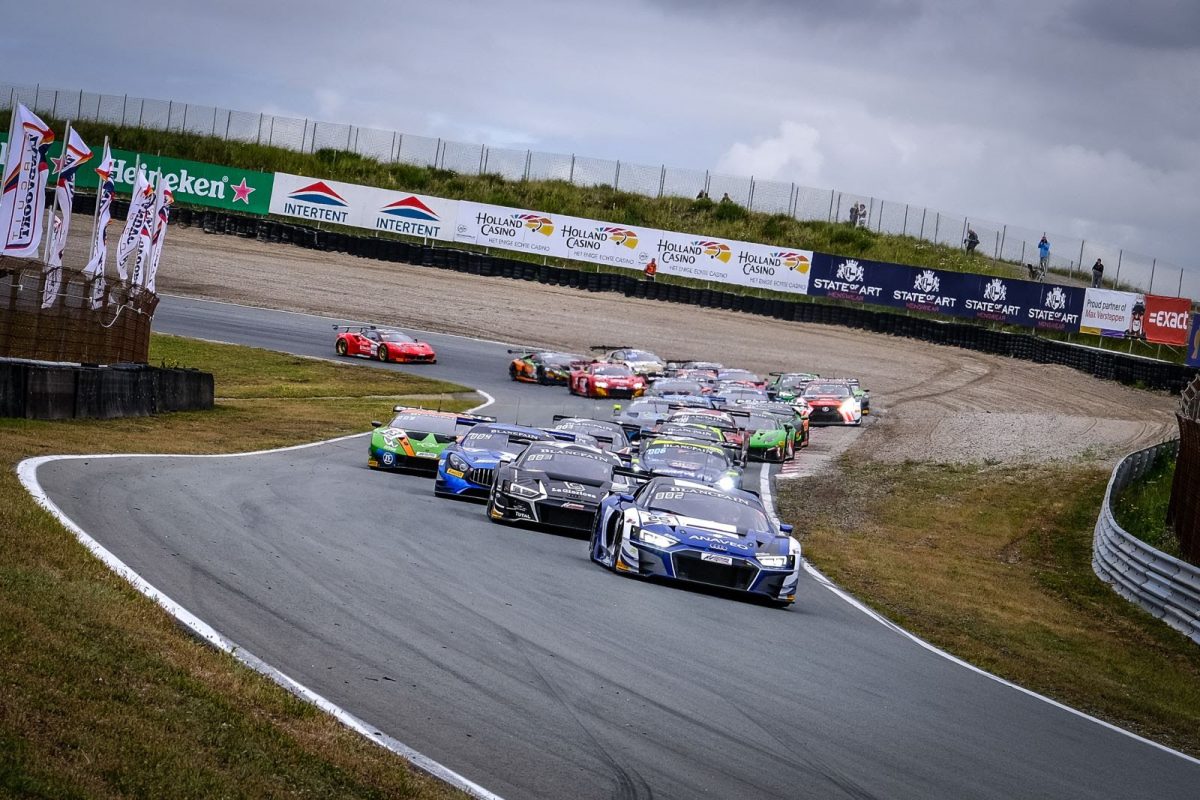 Abril put the AKKA ASP Mercedes-AMG GT3 on pole for Race 1 and led the opening stint, before Marciello took over with their lead intact and won by more than eight seconds after 35 laps.

Haase and Gachet, the former in particular, were even more dominant in Race 2 on their way to a victory of almost 10 seconds in the #25 Sainteloc Racing Audi R8 LMS GT3.

Nick Foster and Steijn Schothorst finished 12th and then 13th in the two races in the #55 Attempto Racing Audi R8 LMS GT3.

Shae Davies brought the Team WRT Audi R8 LMS GT3 home in 17th outright and fifth in the Silver Cup class in Race 1 after co-driver Tom Gamble incurred a drive-through penalty for an incident which saw the #26 Sainteloc Racing Audi in the fence.

They were 11th outright and third in class in Race 2. 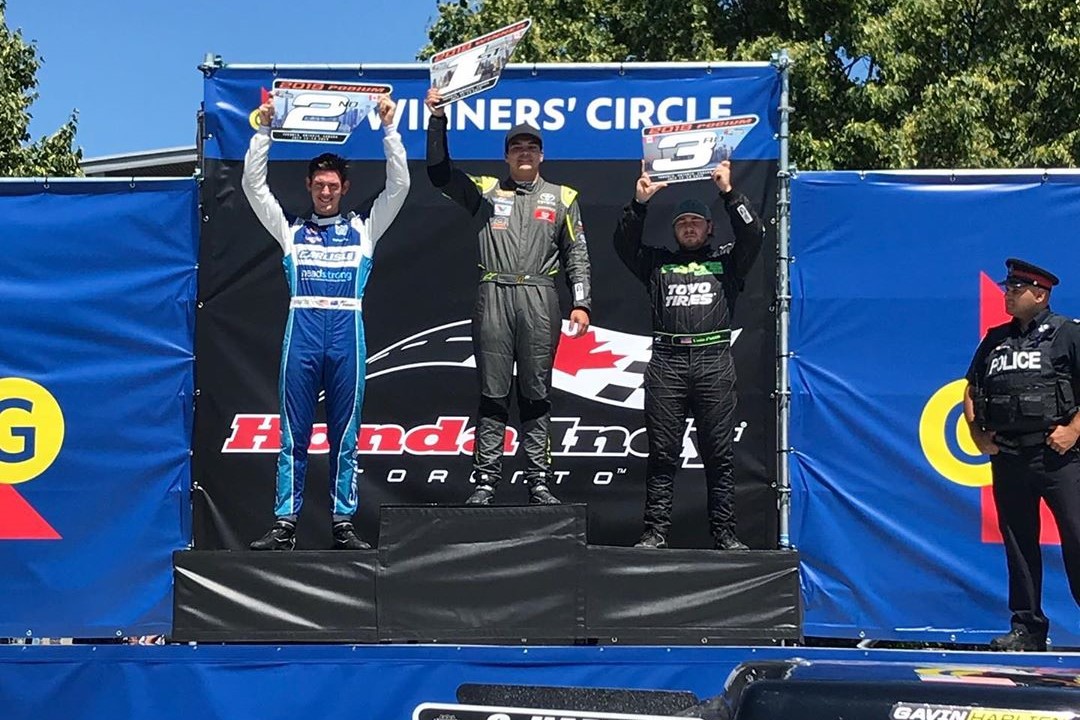 Matt Brabham (left) on the podium

Matt Brabham won the round in Toronto with a pair of second place finishes.

Brabham was the fastest qualifier and was therefore sent to the rear of the grid for Race 1, from which he charged to second before lightning saw the race called early.

He again had to come from the back in Race 2, and very nearly pulled off the win again, with Gavin Harlien managing to resist the American-Australian.

Brabham nevertheless extends his series lead ahead of the next round at Mid-Ohio on July 26-28. 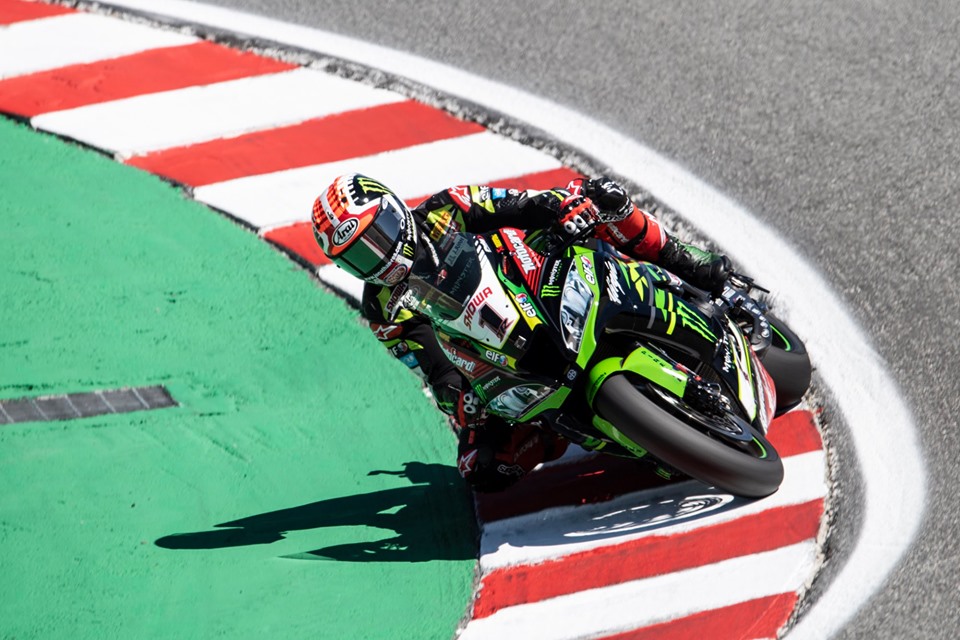 Jonathan Rea holds a commanding lead in the Superbike World Championship after he picked up two more wins in Laguna Seca and Alvaro Bautista had two more crashes.

Rea qualified on pole and led the field away in Race 1, with Bautista his main rival before Chaz Davies took over second position from his Aruba.it Ducati team-mate.

Davies briefly got ahead of Rea but could not hold the spot from the Kawasaki Racing Team entry, while Rea crashed at Turn 5 on Lap 5 and finished 17th.

Rea also won the Superpole Race, while Bautista did not take the restart, due to a red flag for a crash between backmarkers, after he crashed at the original start.

Davies eventually ran away with Race 2, which Rea finished in second position, while Bautista was a DNF due to a technical problem.

Rea’s advantage has jumped to 81 championship points ahead of the WorldSBK summer break, which ends with Round 10 at Portimao on September 6-8.