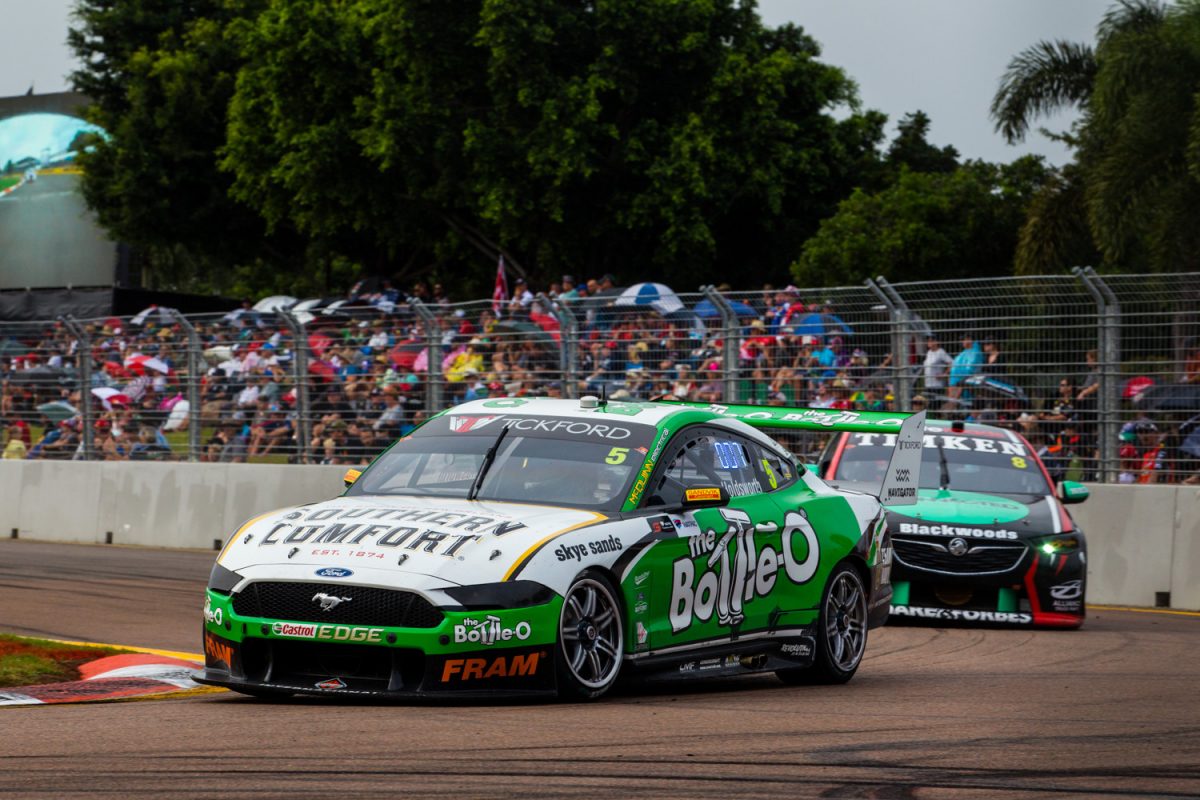 Supercars would like to introduce LED information panels to all cars on a permanent basis in the near future following a successful trial at Townsville.

In a bid to improve the fan experience at events, the championship evaluated the use of the LED screens on the cars, similar to those already in operation in IndyCar, sportscars and Australian GT.

Supercars tested two variations of LED screens, one from Australia’s Motec and the other a European brand in Lumirank, on a selection of cars during the weekend.

The panels can display position in session, car number, pit stop time, or even a code for the driver’s name.

It is not the first time the category has conducted a trial with LED panels, having done so with the Dunlop Super2 Series at Bathurst in 2015.

Supercars says the panels were a great addition in Townsville with work well underway to ensure they return on a permanent basis.

“The LED panels were a great addition to the show and worked well,” read a Supercars statement issued to Speedcafe.com.

“We will debrief following this weekend with our events team, TV partners and the teams.

“It is definitely something we would like to have on a permanent basis once we decide on the best option for the fans at the track and on TV.”

Meanwhile, Supercars is currently finalising its technical package for next season with a number of changes expected for 2020, which are set to be revealed later this month.

The series is understood to be evaluating the prospect of reducing aero on the cars, the use of control dampers and improving the durability of engines to cut costs on rebuilds.