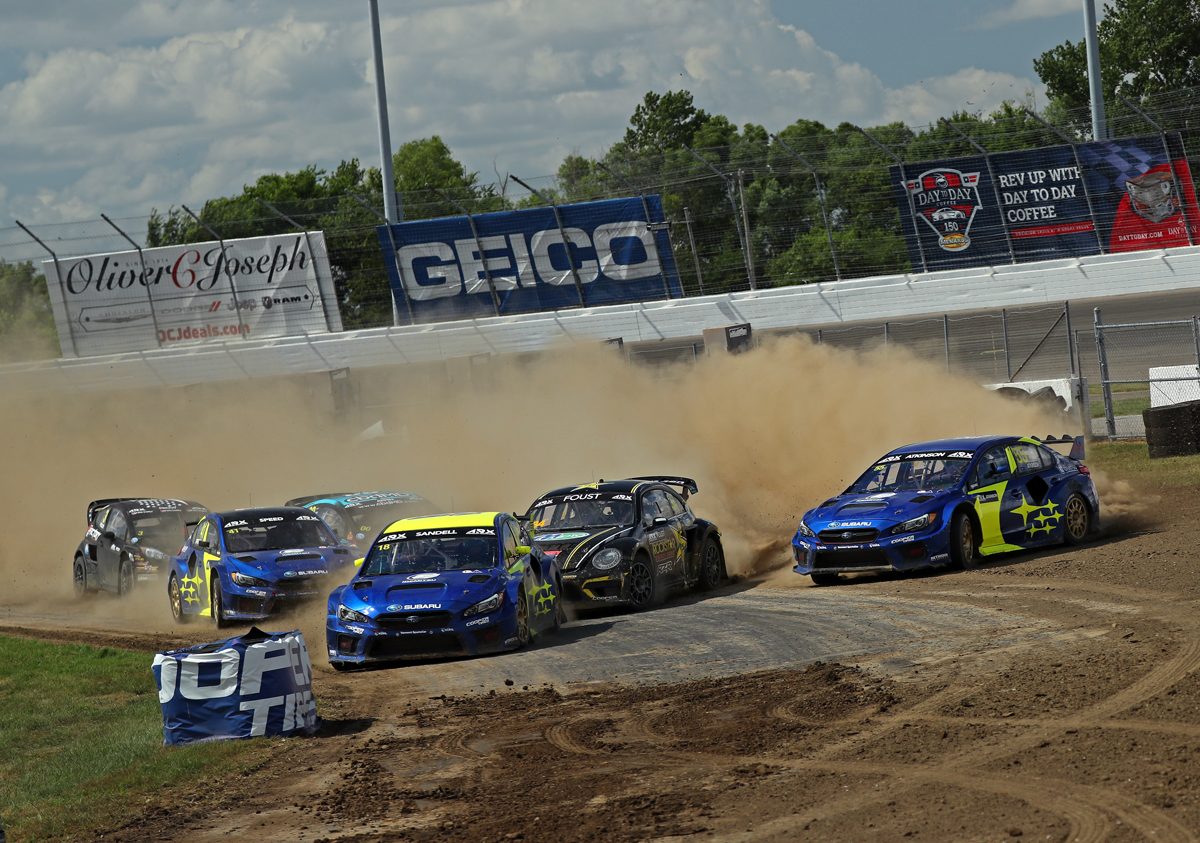 Chris Atkinson won Round 2 of the American Rallycross Championship

Australian Chris Atkinson has won the second round of the American Rallycross Championship at the inaugural ARX of Gateway.

The Subaru driver won the six-lap final from the back row of the grid, charging through the field to seize top spot at the final corner as second placed Steve Arpin spun across the finish line.

Sweden’s Patrik Sandell crossed the line third to take his first ARX podium and the first double-podium in ARX history for Subaru.

“I said to the team leaving the grid ‘we have nothing to lose, let’s see what happens’,” said Atkinson.

“I started off on the front row last time (Round 1 at Mid-Ohio) and finished last; started on the back row this time and finished first.

“I couldn’t believe it when I came out we were third and I was attacking as hard as I could and I could see Steve (Arpin) up the road and I just kept on charging.

“For me, I really closed the gap after I landed hard off the jump.

“I made a big impact and I was right on the edge and I could of gone up the inside but I sat right on his bumper and as he went into the left (Turn 12), his car kicked right and there was a bit of a gap there and I just basically put my door up the inside and got a bit of traction on the inside of the track.

“It wasn’t a push, I was either sitting back thinking I wouldn’t drive him off the road or do anything, but the door opened and I slid my car up the inside.

“It’s my first victory and the day we had I thought ‘Why not give it a go in the last corner?’”

Foust’s were caused by Atkinson, the pair making contact as the Australian made his way forward.

It was Atkinson’s first win the American Rally Cross Championship, and the second for Subaru, which went on to claim Round 3 the following day.

The double-header weekend saw Patrick Sandell win Round 3 of the series, with Speed in second and Foust third.

Atkinson managed fourth, having again made the final, but was forced wide and lost contact with the front runners when Speed scythed up the inside.

The series next moves across the border to Canada where it will compete at Trois-Rivieres in Quebec on August 3-4.