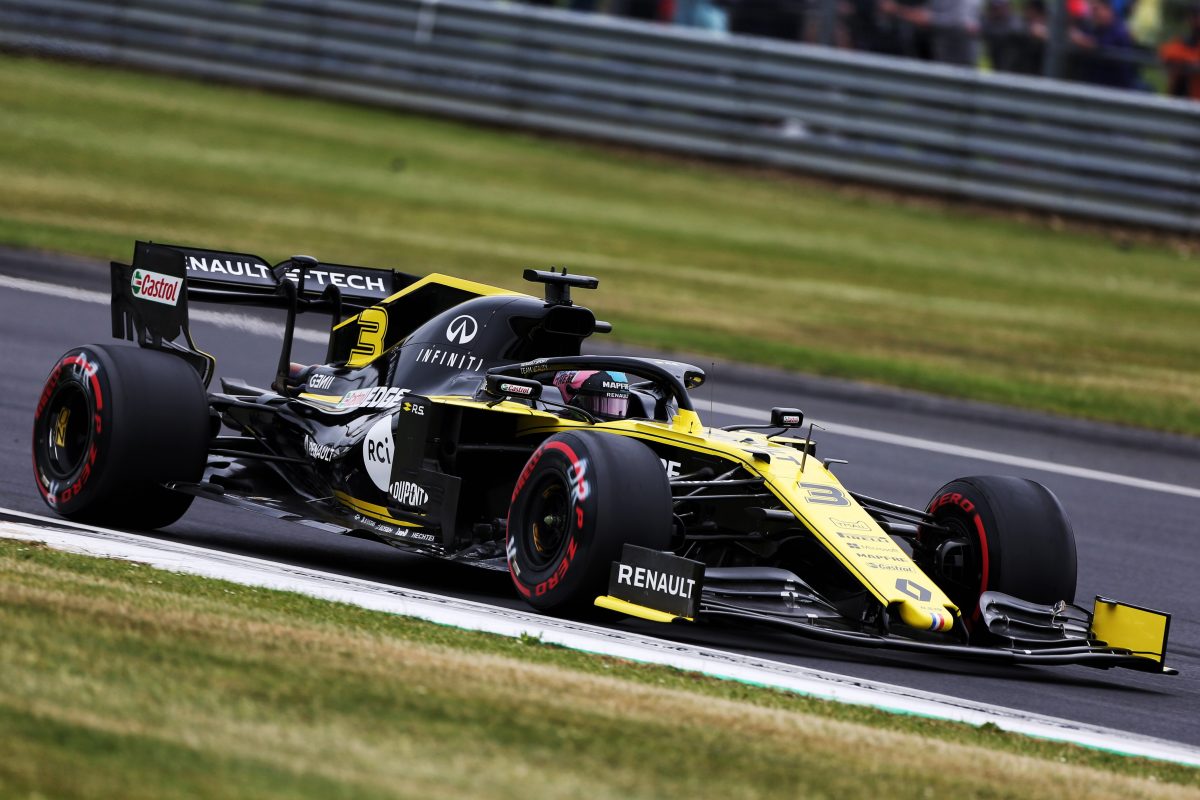 Daniel Ricciardo believes that his and Renault’s quick turnaround in performance from Austria to Britain proves that the team is “not lost”.

Both Renaults made it into Qualifying 3 at Silverstone, with Ricciardo seventh and Nico Hulkenberg 10th, a fortnight after they had qualified 14th and 12th fastest respectively at the Red Bull Ring.

Their performance in the race was also weak as Ricciardo finished 12th and Hulkenberg 13th, leading the Australian to comment that the team was “back at square one”, while Renault engine customer McLaren got its cars to the end in sixth and eighth positions.

In Britain, however, Ricciardo outqualified both McLarens as only Lando Norris made it to the final phase of qualifying for the Woking outfit.

“I have to be happy with that, especially coming after Austria,” said Ricciardo.

“To come back next race and to get them in qualifying, and for both (Renaults) to be in Q3, I’m really, really happy, and happy for the team that we were able to keep our heads up and find a way to get back where we know we can be, so seventh is really good.

“Everyone was pretty down (after Austria) and I think some people probably thought it was going to be maybe a little bit of time until we got back to a best of the rest but to come back the week after and do it, at least now in qualifying, it’s really satisfying for us as a team.

“(It) shows that we’re certainly not lost and we do belong here, we’ve just got to sometimes work a little harder to figure it out.”

Ricciardo was confident of making Q3 after Friday practice, despite an uncompetitive showing on the opening day of the British Grand Prix weekend, saying that the team knew of avenues for improvement.

“We certainly weren’t strong (on Friday) but I knew that there was more pace in the car, I knew we weren’t lost,” he explained.

“Sometimes you can be slow and scratching your heads but we were just slow with ideas, so I’m happy we did find it, and this morning, to be honest, as soon as I did my first flying lap I was like, ‘Car feels better’, and I expected then to really be in Q3 today, but still seventh still tastes pretty sweet.”

He did reveal, however, that he was not completely satisfied with his qualifying lap itself due to a handful of small mistakes.

“I think (I am) more happy with the overall position,” stated Ricciardo.

“To be honest the lap was, at times, a little bit scrappy, it was probably three corners where I was like, ‘I could have done better there’, so I’ll be honest, it wasn’t actually my perfect lap, but happy that it was really our best position.

“Seventh is the target and I think Lando was kind of the reference, he was quick all weekend, and (on Friday) afternoon he had about half a second on us so to jump him today, I think we’ve really turned it around and really pleased with that.”

Valtteri Bottas qualified on pole for the British Grand Prix, with race start tonight at 2310 AEST.