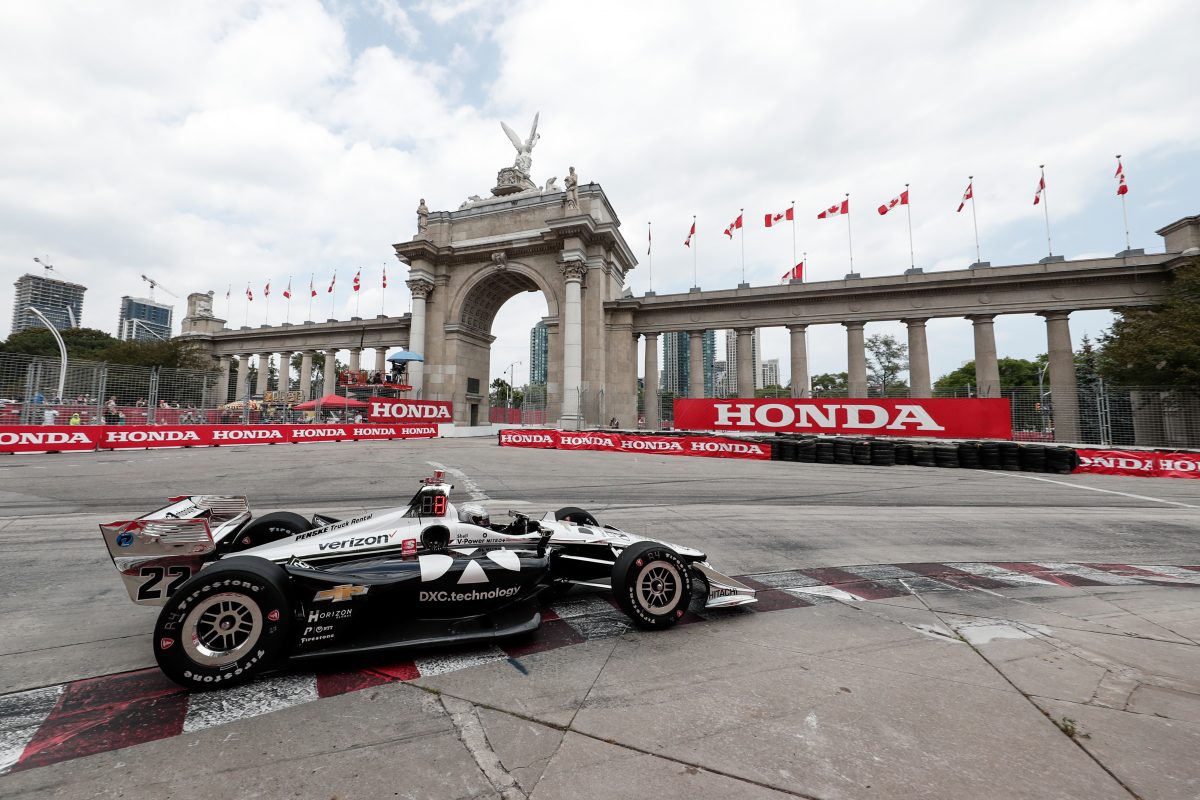 However, on his final run, Dixon was loose out of Turn 2 and ended up facing the wrong direction.

The Kiwi finished the session in second, 0.1655s away from Pagenaud, though admitted he has been suffering with an elbow injury since Texas.

“I feel like that could have been the lap had I finished it but it’s been a tough weekend as I said,” remarked Dixon.

“This second-place start for us last year worked really well and we were able to come through with the win.

“It’s been a bit of a nightmare (the injury), I got it kind of the week of Texas on the sim I think and then had it all the way through Le Mans and then Road America was actually really bad in the race.

“So we’ve been trying to do some therapy with it and trying to help it but this elbow, man, it’s not an easy fix; it might be an off season project but we’ll see.”

Alexander Rossi also touched the wall in Turn 6, losing some time and finishing in fourth, though the Andretti Autosport Honda driver was frustrated at the end of the session, feeling like he could have been further up the order.

While both Felix Rosenqvist (#10 Chip Ganassi Honda) and Josef Newgarden (#2 Team Penske Chevrolet) also had moments during the Fast Six qualifying, rookie Rosenqvist managed a 58.6793s to nab third on the grid while the latter, who qualified fastest in Canada in 2018, will start in fifth.

Will Power failed to advance past the group stages for the first time since Long Beach 2015.

The Australian will start 15th, citing an issue with the gear shift in the #12 Penske car.

Earlier in the day, a pitlane scuffle broke out after Practice 3 between Takuma Sato and Sebastien Bourdais.

Bourdais (#18 DCR w/ Vasser-Sullivan Honda) had overtaken Sato (#30 Rahal Letterman Lanigan Honda) on the out lap with the Japanese driver attempting to baulk the Frenchmen.

At the close of the session Sato met Bourdais at his pit box where the two had a heated exchange that was broken up by the Dale Coyne team members.

The four-time champion will start just ahead of Sato tomorrow, when they take up the eighth and 10th grid spots respectively.

The 85-lap race on the streets of Toronto will go green Monday at 0530 AEST.