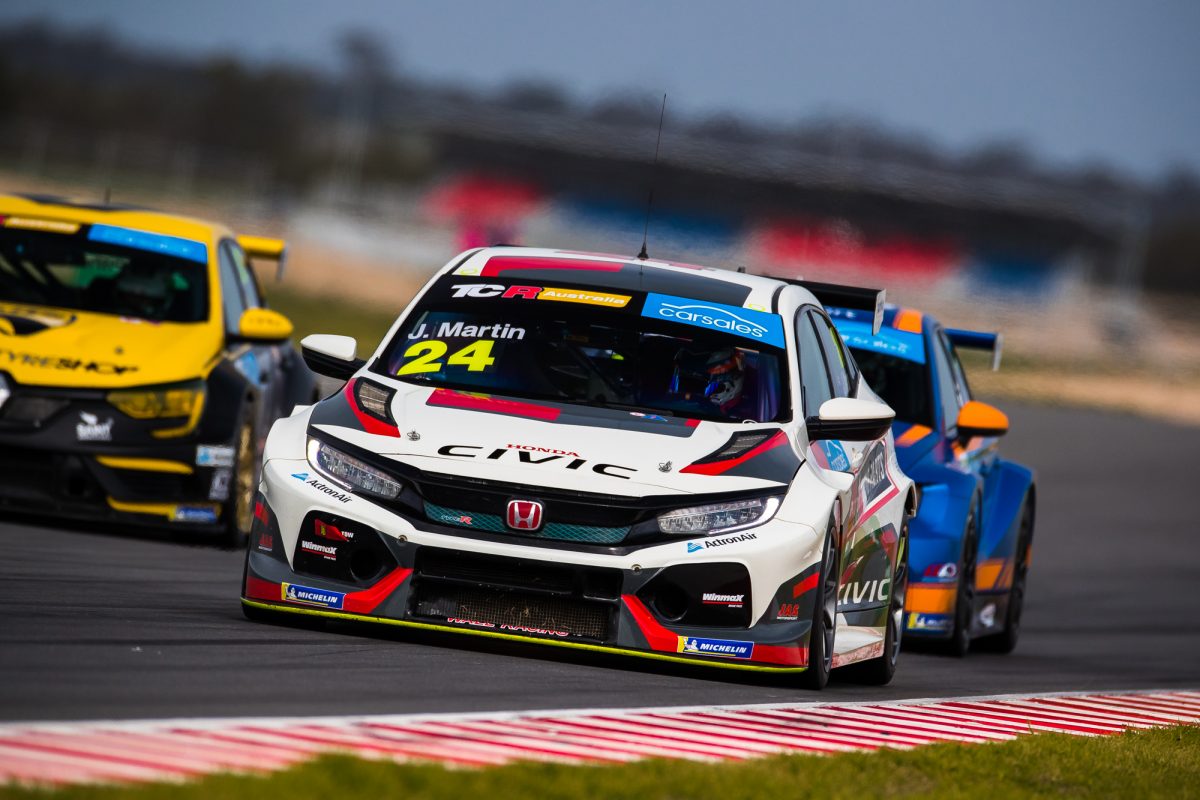 Martin took the lead on Lap 7 with a well judged move on Garth Tander (Melbourne Performance Centre – Audi), who had led every lap until that point.

Once ahead, Martin, who started from fourth on the grid, controlled the remainder of the race to take a breakthrough victory for Wall Racing.

Tander made the best jump from the line to lead into Turn 1 as Martin grabbed second from Race 2 winner Will Brown.

It didn’t take long fro the top three to break away from the field, with Moffat sitting in fourth ahead of Jordan Cox (Wall Racing – Honda) and Russell Ingall (Melbourne Performance Centre – Audi).

Further back Leanne Tander (Melbourne Performance Centre ran in seventh before coming into Turn 1 too hot at the start of Lap 2, which saw the Audi driver drop to 12th position.

At the front, Moffat mounted a charge and made the most of an error from Brown to claim third on Lap 3, while a further mistake from the latter saw the Hyundai drop to fifth behind Cox.

The race soon settled into a rhythm with the order unchanged until Lap 7 when Martin jumped Tander for the lead at Turn 16.

Martin soon opened up a healthy gap over Tander and held his nerve to take the chequered flag.

Cox pushed Moffat in the closing laps but in the end had to settle for fourth as series leader Brown salvaged fifth in front of Ingall.

Dylan O’Keeffe (Ash Seward Motorsport – Alfa Romeo) finished on the road in seventh but was issued a 10s penalty for contact with Tony D’Alberto (Wall Racing – Honda) at Turn 1 on the opening lap.

Brown continues to hold a healthy lead in the series with TCR Australia set to visit Queensland Raceway for Round 4 from August 2-4.