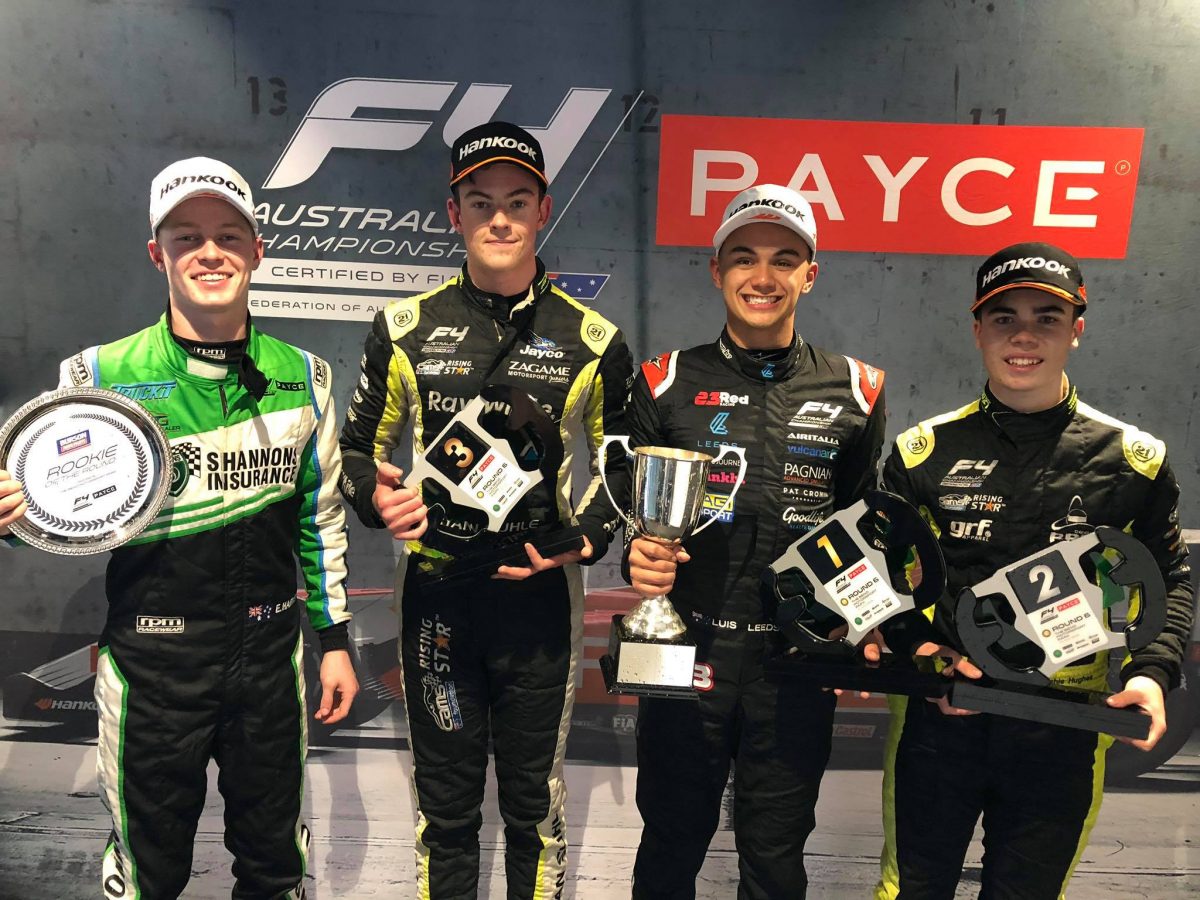 Leeds claimed the final round win of the season, winning Race 3 by a strong 9.248s margin.

Hughes came into contact with Suhle again in the final race of the round, squeezing and turning his stablemate around at Turn 3. Suhle was able to recover to the rear of the field without damage.

Antonio Astuti was also caught up in the contact but escaped unharmed to finish third.

Thomas Smith notched up a fourth place result from the back of the grid while Emerson Harvey finished fifth.

Suhle finished sixth at the back of the field while Jackson Walls (#11 Objective Racing) returned to the pit lane to retire a lap earlier after a tough day in the office with lingering damage his car sustained in a crash earlier in the day.

Suhle finished ahead of his BRM compatriot Hughes this time to round out the podium places.

Astuti followed by Smith and Harvey all finished in the bottom three respectively running tidy races.

Walls was a no show in Race 2 of the final round due to damage he sustained in a crash during the morning race. That crash was a three-car pileup which left only three laps of racing in the opening race of the day.

While the track was dry for the first time in Formula 4 this weekend, Walls was caught out by the wet grass at the runoff of Turn 1, spinning backwards back onto the circuit and collecting Astuti and Harvey who were unsighted by the out of control car.

The action would resume on Lap 5 as Leeds led Hughes, Smith and Suhle on the restart.

Hughes pressurised the back of Leeds, taking the lead on the penultimate lap at Turn 6, claiming his second victory of the weekend.

His team-mate Suhle completed the podium positions as Smith followed behind, being the final driver in fourth.

Leeds ultimately finished the series 99 points ahead of next best Hughes. In that time, he claimed nine race victories and made it to the podium every time but one during Race 2 in Melbourne – when F4 supported the Formula 1 Australian Grand Prix.

BRM’s Suhle finished third on 250 points with a trio of race victories.

AGI Sport’s Astuti sat comfortably in fourth on 192 points ahead of Walls and Harvey, who were the last of the full-time runners to finish the championship in fifth and sixth respectively.

The top three drivers of this year’s championship, plus a potential wildcard, will represent Australia at the Formula 4 Asia Pacific Cup in China later this year.

The format of the event places the region’s top Formula 4 drivers alongside each other from various championships around the Asia/Pacific continents. The Chinese, Japanese and South-East Asian Formula 4 Championships are included in the event.

A date is still yet to be announced.