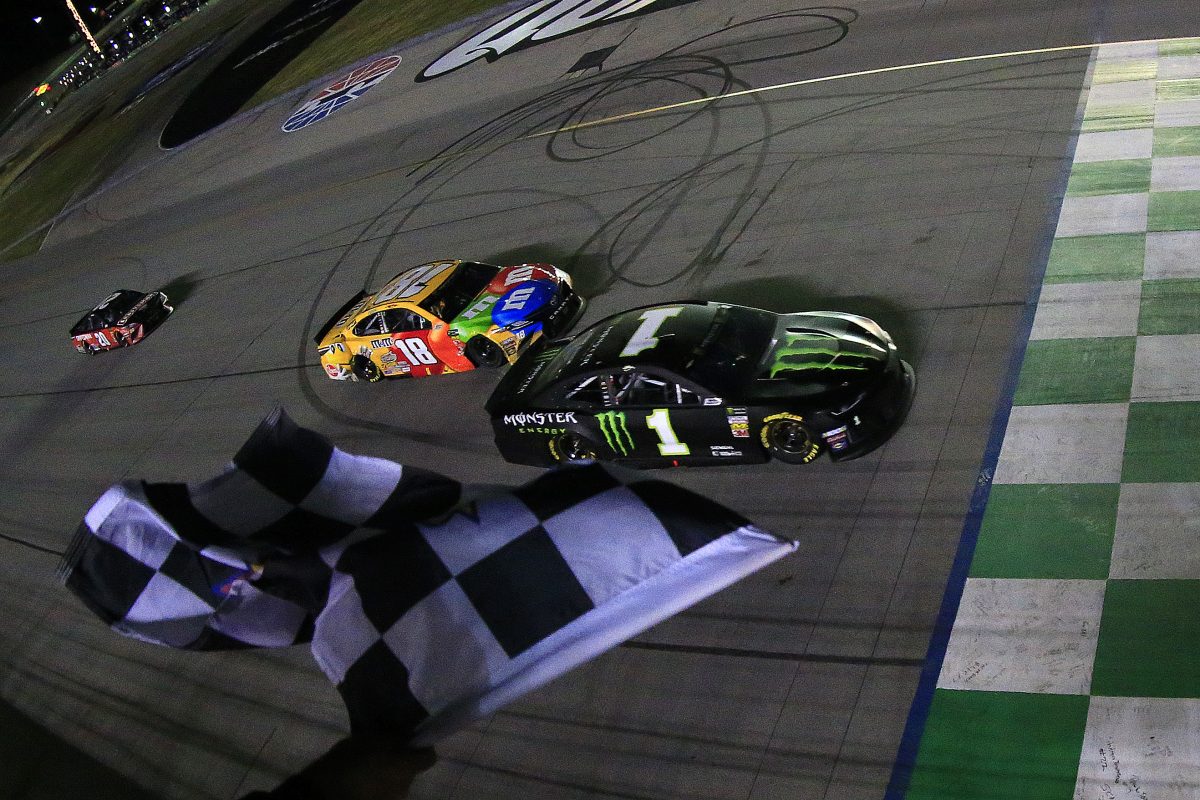 Kurt Busch has edged his brother Kyle to victory in overtime in the NASCAR Cup Series race at Kentucky Speedway.

Having made steady progress from fourth on the grid, Kurt Busch won Stage 1, before Kyle Busch dominated Stage 2.

The latter pitted in the break which followed, handing the lead to Clint Bowyer, who was followed by Kurt Busch.

Kyle Busch had handy pace upon the restart, reaching the back of his brother’s car by the time Jimmie Johnson hit the wall to trigger the second Caution of the race.

At that time, Kurt Busch was fourth and Kyle fifth, before the former reclaimed the lead from Bowyer on Lap 205, and the latter soon got back to second position.

Kurt Busch gave up the lead when he took his final scheduled stop for fuel on Lap 213, before Kyle Busch and Joey Logano, who had quietly returned to the battle, were into the lane a dozen laps later.

Kyle Busch and Logano returned to the race track running side-by-side for four laps before the 2018 champion secured the lead.

Logano stretched his margin past three seconds before it was all wiped out when Darrell Wallace Jnr spun at Turn 2 with six laps to go.

That sent the race to overtime, with the top five for the final two-lap dash being Logano, Kyle Busch, Erik Jones, Kurt Busch, and Denny Hamlin.

A fantastic jump from Kurt Busch allowed him to run an outside line into the first corner and join his brother in the battle for victory.

They rubbed doors around the final turn as Kurt Busch made it first to the line by 0.126s.

Jones took third, from Kyle Larson and Hamlin, while Logano ended up seventh.