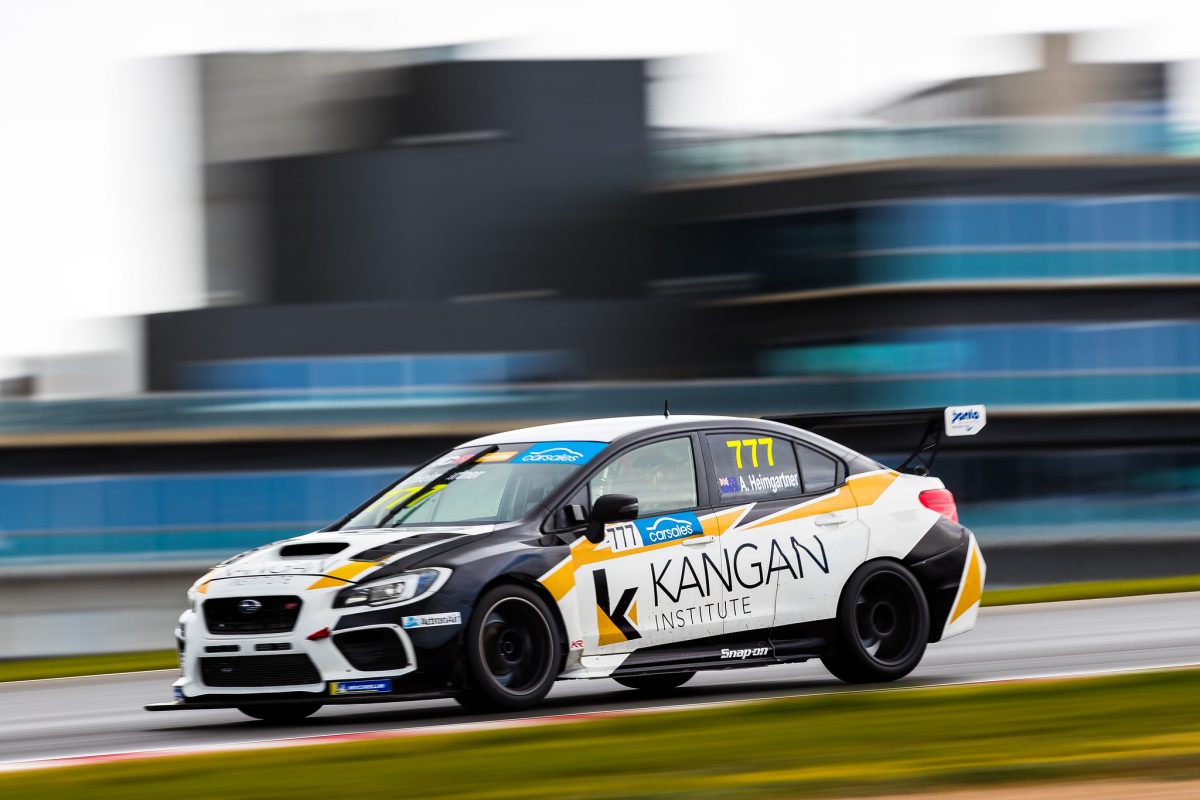 Andre Heimgartner has been withdrawn from today’s TCR Australia Series races at The Bend Motorsport Park due to an engine failure.

The Kelly Racing driver had climbed from 15th to the fringes of the top 10 in Saturday’s Race 1 before his Subaru WRX suffered a failure.

It prompted the Kiwi to stop on circuit on Lap 9 while sitting in 12th position.

After an investigation by the team, and without a spare in its current allocation of parts, the squad has been forced to withdraw Heimgartner’s entry from this afternoon’s two races.

Team manager Matt House said that it was beyond the team’s powers to get the Subaru back on track.

“Andre said that there was a sudden knock and he lost all power,” said House.

“We had a look at the engine, and it’s never a great sign when there is metal in the engine’s oil.

“We’ll have a proper look at the engine when we get back to Melbourne, but without a spare, we have no choice but to pack it into the truck early.”

It proved to be a tough day for Kelly Racing with Chelsea Angelo (Opel Astra) retiring from the race with a tyre blowout believed to have been triggered by contact during the race, while Molly Taylor (Subaru) finished in 15th spot.

Alex Rullo delivered the team’s best result coming home in eighth having run as high as third in the early laps, before dropping back in the field with damage to the rear of his Opel Astra.