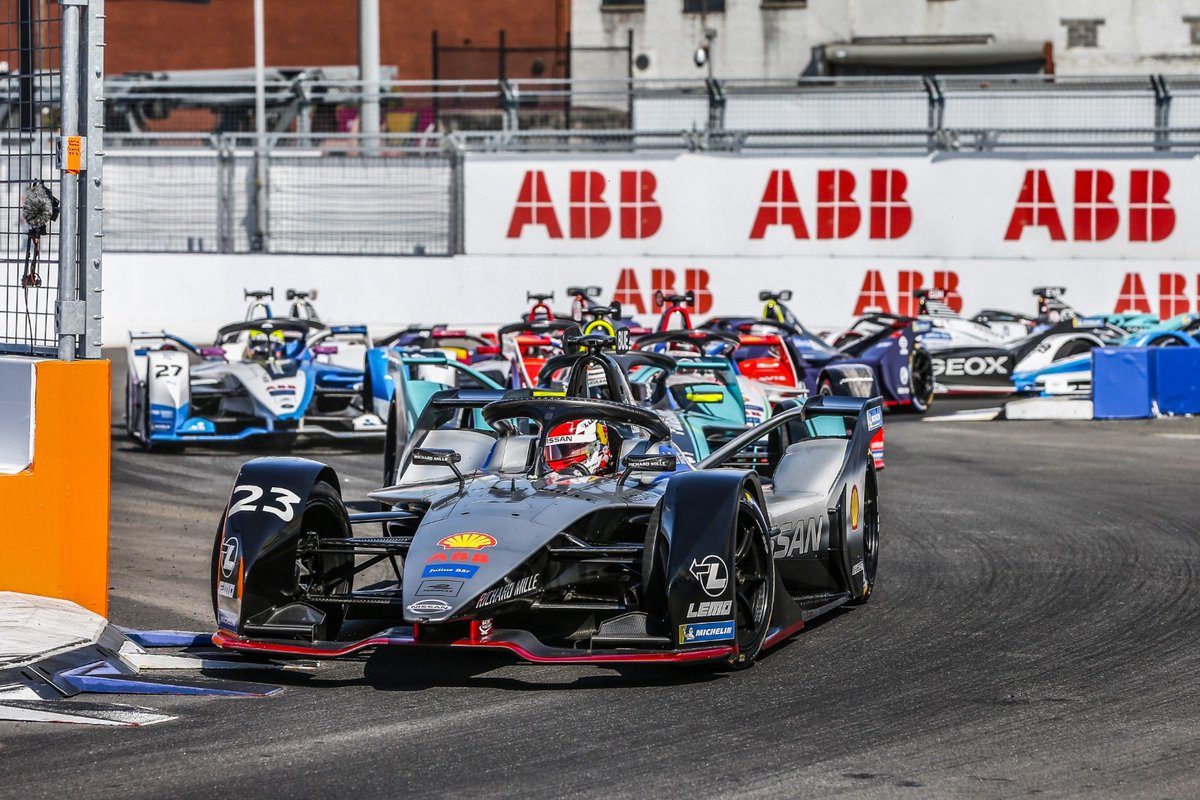 Sebastien Buemi won a thrilling penultimate race of the 2018/19 Formula E season in New York as championship leader Jean-Eric Vergne finished bruised and outside of the points.

Buemi capped a hot day in the Big Apple with an emphatic race win, his first of the campaign, having also secured pole position in the Nissan e.Dams entry.

Vergne was not able to seal what would be his second title in as many seasons after getting caught up in two incidents, having qualified 10th.

New Zealand’s Mitch Evans made up 11 places over the course of the race to finish in second in his Jaguar, with BMW I Andretti’s Antonio Felix da Costa rounding out the podium.

Breaking a two-year winless drought, Buemi got off to a perfect start by steering clear of the early carnage.

The field was backed up and Vergne was caught out, touching and turning his team-mate Andre Lotterer, with both DS Techeetahs having to pull into the pits for some quick repairs.

Lotterer’s car left a field of debris on track, but it was play on as Vergne was shuffled down to 21st.

Bird, however, was issued a 10-second time penalty for his part in the incident.

Buemi was sustaining pressure from the Panasonic Jaguar Racing entry of Alex Lynn while Alexander Sims was waiting in the wings in the #27 BMW I Andretti Motorsport car.

By Lap 18, fourth-placed Daniel Abt (Audi) was eager to gain an advantage on the top three and went to activate Attack Mode but missed the activation zone and was forced to make a second attempt.

Lynn was then unleashed by his team to attack for the race lead before the Jaguar suffered a mechanical failure, which saw him eventually coming to a halt on track.

Pascal Wehrlein (Mahindra) had moved up to fourth as a consequence but lost a handful of spots in a matter of moments as Bird, da Costa, and Evans made their way past the German just as the Safety Car was called.

Vergne had made it back to 17th as the field bunched up under the Safety Car with Lucas Di Grassi (Audi), who qualified 14th, sitting ninth as officials set about recovering the stranded Jaguar.

As the field was released, Evans took third from Abt but was then under attack from da Costa.

The Kiwi was able to move away from the Portuguese driver and put a move on Sims for second, with da Costa also getting past the Brit.

Inside the last eight minutes, Edoardo Mortara (Venturi) was pushed into the wall and sustained damage after a multi-car scuffle.

By Lap 33, Vergne was back in a commanding championship position having moved into a points-scoring 10th position in the race and holding the fastest lap for an extra point.

However, again Vergne was caught up in chaos when he went for a final lap move on Felipe Massa (Venturi).

Massa turned in on him and the two connected, spinning the Brazilian and blocking the track, while Jerome D’Ambrosio’s Mahindra climbed over Massa and made it clear of the incident.

Buemi had a comfortable margin at the end as Evans had fallen back, complaining that his tyres had given way.

Da Costa and Sims finished third and fourth respectively, from Di Grassi and Abt.

Di Grassi now sits 22 points behind Vergne (130 points) while Evans is a full race win away from the leader (105 points).

The title will be decided tomorrow when the final race of the season starts at 0600 AEST.