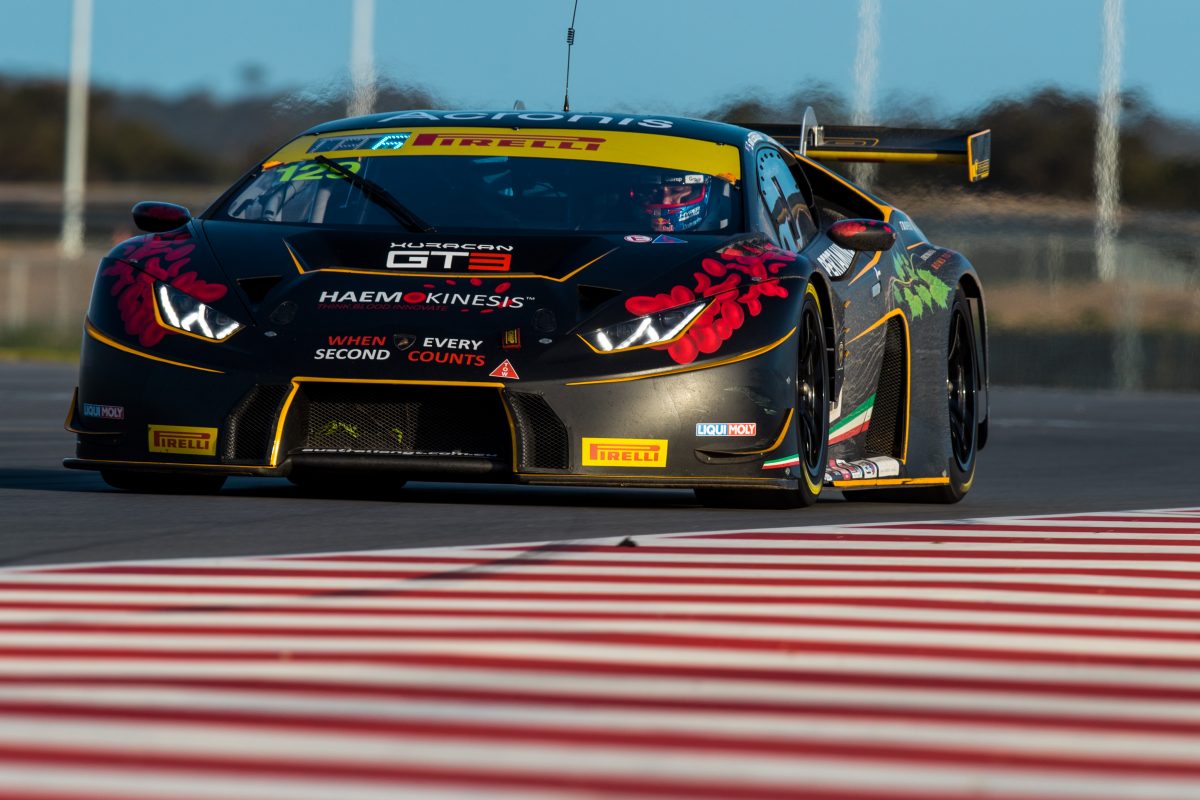 Shane van Gisbergen on his way to victory in Australian GT

Shane van Gisbergen and Liam Talbot have taken victory in Round 4 of the Australian GT Championship at The Bend Motorsport Park.

The Lamborghini duo benefitted from an inspired pit strategy for the third and final stop, coming in for service under the Safety Car with an hour and 13 minutes of the three hour contest remaining.

Talbot drove a strong opening stint from second on the grid before handing over to the Triple Eight Supercars star.

Once the final stops had shaken out, van Gisbergen, who came into the lane in sixth, emerged with a 35 second lead once racing resumed after the stoppage caused by #48 KTM X Bow driven by Glen Wood.

Tander was lying third as the final stint began but the Audi R8 LMS GT3 driver inherited second when the Fraser Ross/Ryan Simpson McLaren hit trouble in the final half hour.

Simpson, who was the last to pit of the front runners, ran off the road at Turn 11 and stopped on track with a front left puncture, before being able to get going and return to the pits.

Eggleston Motorsport completed the podium in third with polesitters Dominic Storey and Peter Hackett driving smartly throughout in the #63 Mercedes AMG GT3.

D’Alberto crossed the blend line when rejoining the track after the final pit stop.

Jamie Whincup and Yasser Shahin endured an eventful race to claim fifth after running out of fuel in the final stint following a miscommunication from the team.

The seven-time Supercars champion had been leading in the #777 Mercedes AMG GT3 after passing Simpson on the restart with an hour remaining.

Whincup was able to trundle back to the pits for fuel but lost a stack of time putting him fifth, where he stayed until the finish.

The Simpson/Ross McLaren recovered from the late puncture to take sixth position, while only seven of the 10 cars entered reached the finish.

The Australian GT Championship heads to Sandown for the final round of the endurance component of the series from September 20-21.