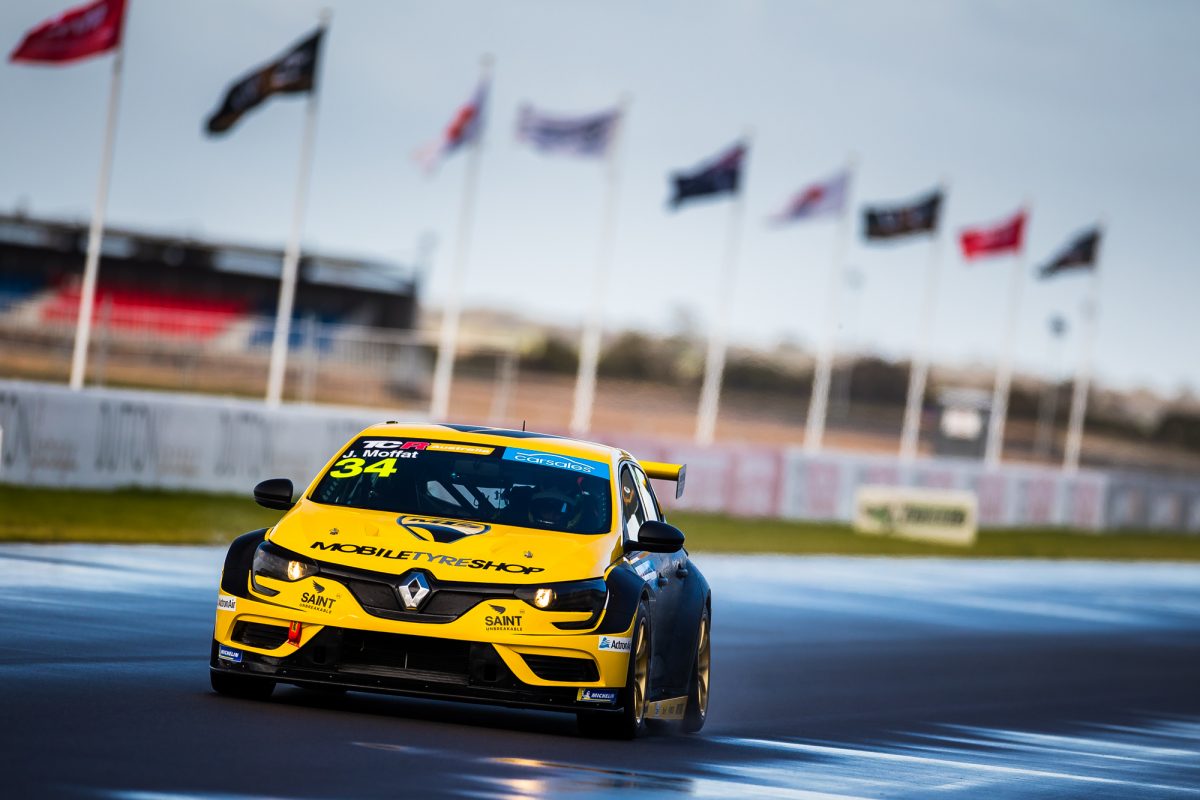 James Moffat has taken an impressive TCR Australia pole after a late qualifying gamble in his repaired Renault Megane at The Bend Motorsport Park.

Moffat shot to pole having made the switch to slick tyres on the front on a damp but drying track, posting the crucial 2:06.08s effort as the chequered flag flew in the 30 minute session.

The feat was made all the more poignant after his Garry Rogers Motorsport team were forced to conduct an extensive repair, that included a late night trip to Bunnings Warehouse, after copping a heavy impact from series leader Will Brown in Friday practice.

Moffat had been sitting in the lower reaches of the time sheets before firing in his personal best to secure the first pole for Renault in TCR.

The former Supercars full-timer was one of a handful to improve by generating heat in the Michelin slick front tyres, while keeping wets on the rear.

“There are not words good enough to describe the legends at GRM,” said Moffat, who had spun at Turn 14 earlier in the session.

“Without their phenomenal efforts there is no way we would get this car back on track.

Moffat will share the front row with Tony D’Alberto who topped the session right until the death in his Wall Racing Honda Civic, ending up 1.16s shy of the ultimate pace.

The drivers were greeted with testing conditions courtesy of a damp track that was treacherous off the racing line following morning rain showers at Tailem Bend.

Wet tyres were the order of the day at the start but by halfway several drivers made the jump to slick Michelin rubber as a visible dry line appeared.

D’Alberto built on his impressive pace in the wet after topping Practice 2 by setting the pace early with a 2:07.24s that handed him a 1.4s margin over the field.

While the majority of the grid opted to make a tyre switch, only Moffat and Russell Ingall (Audi) were able to improve with the latter jumping from 17th to 12th at the flag.

Cameron ended the session in fifth ahead of Morcom and John Martin in #24 Wall Racing Honda Civic.

TCR Australia Race 1 is scheduled for 1345 local time and will be broadcast live on SBS and via the Shannons Nationals live stream carried by Speedcafe.com.