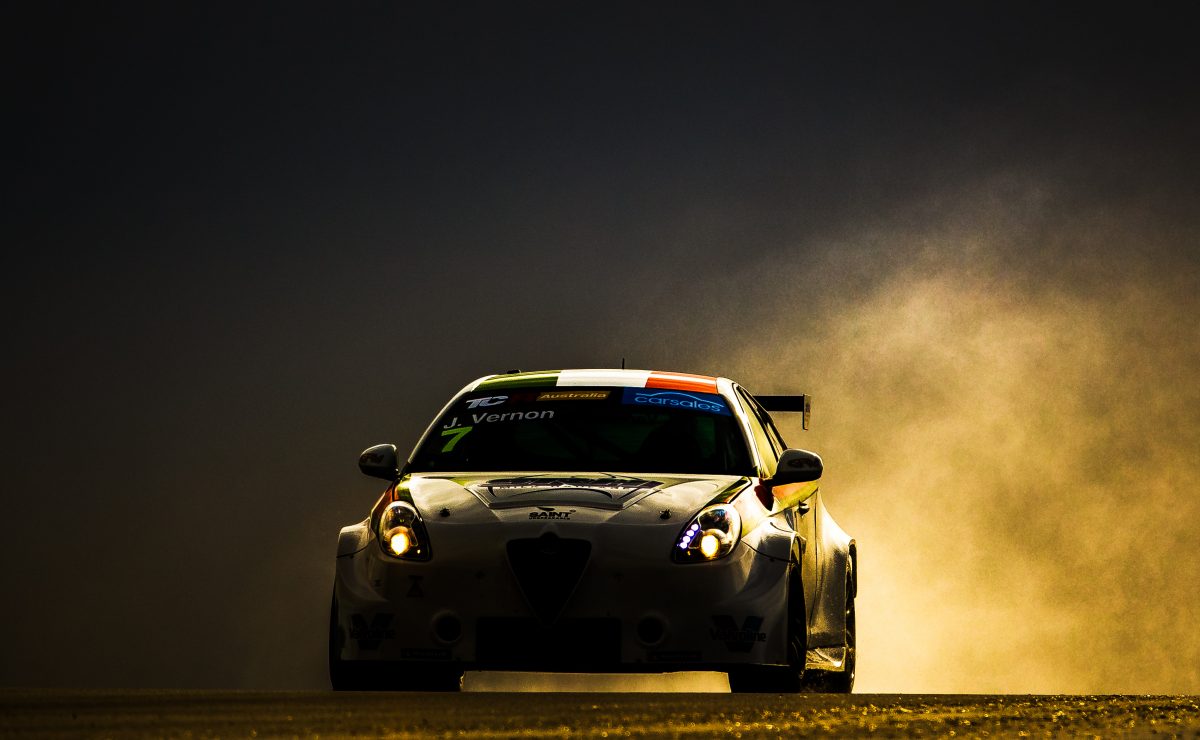 The Supercars squad had hinted that it intends to expand its fleet with confirmation that it has now committed to bringing three more Giuliettas to the country.

GRM has already acquired two Alfa Romeos which are currently competing in TCR Australia with the squad running a car for Jimmy Vernon, while Ash Seward Motorsport is fielding the other for Dylan O’Keeffe.

Success courtesy of two wins for O’Keeffe and the introduction of TCR New Zealand next season has prompted a move to secure more Alfa Romeos from Italian team Romeo Ferraris, which builds the cars.

GRM is yet to commit to running the chassis, hinting that it may lease them to other teams once they arrive in Australia later this year.

The move also sees the relationship with the Italian firm strengthened with GRM becoming the official Alfa Romeo TCR agent for the region.

“In the rules you can run up to five of a particular manufacturer,” GRM team director Barry Rogers told Speedcafe.com.

“It was important to us that we formed a relationship with Mario and the crew at Romeo Ferraris and it was important for us to take control of that brand in Australia.

“And with New Zealand opening up too, we can see the potential we could either lease or run some of those cars there next year.

“The cars will not necessarily be run by us. Ash Seward has done a really good job with running Dylan (O’Keeffe) and potentially I would think that relationship could expand.”

The commitment coincides with the visit of Mario Ferraris, the boss of Romeo Ferraris, at The Bend Motorsport Park this weekend.

Romeo Ferraris not only builds the TCR Alfa Romeos but also competes in the World Touring Car Cup (WTCR) under the banner of Team Mulsanne.

“It is good (to have Mario here). They are a family business and very similar to us,” Rogers added.

“It is fantastic he has come over and seen what we are capable of. You can achieve so much by email but when you are face to face it is just so much better.

“They have been very impressed with the level of work that we have done.

“They race in WTCR and are on the go the whole time but they have been very keen to get over to Australia and see what we are doing. It is great to have them here.”

Likewise, Ferraris has been keen to oversee his cars in TCR Australia following the Alfa Romeo’s success in the series.

“I have come to Australia to see Garry Rogers Motorsport and we have been very impressed, and I think our collaboration can grow a lot because they are a very good team,” Ferraris told Speedcafe.com.

“They have bought three more Alfa Romeos and we have already started to make the cars.

“The series here in Australia is really good there has been a lot of brands and the quality of the championship is very high, I’m impressed.”

The Alfa Romeos for O’Keeffe and Vernon will hit the track later today with qualifying for TCR Australia Round 3 set for 1035 local time.