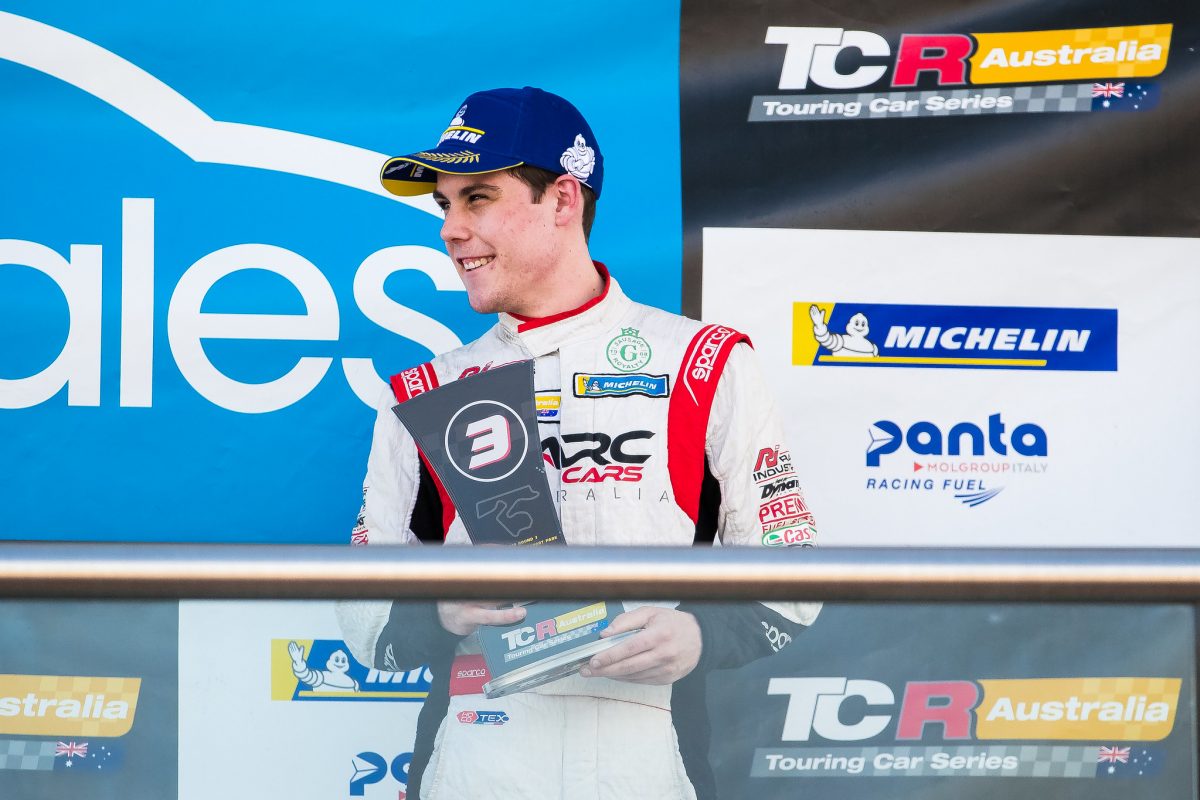 Aaron Cameron had crossed the line third in TCR Race 1

Aaron Cameron has been stripped of third place in TCR Australia Race 1 at The Bend Motorsport Park after copping a post-race penalty.

The Melbourne Performance Centre driver came home in third in today’s race although stewards have issued a 28 second post-race penalty.

Cameron passed Kelly Racing’s Alex Rullo under the Safety Car shortly after the pair had been fighting over third spot.

As a result, Cameron has been demoted to 12th position with Wall Racing’s John Martin inheriting the final spot on the podium.

Meanwhile, Martin’s team-mate Tony D’Alberto has been hit with a 10s penalty for contact with Garry Rogers Motorsport’s Jimmy Vernon.

D’Alberto had finished the race in eighth but has been re-classified in 13th position.