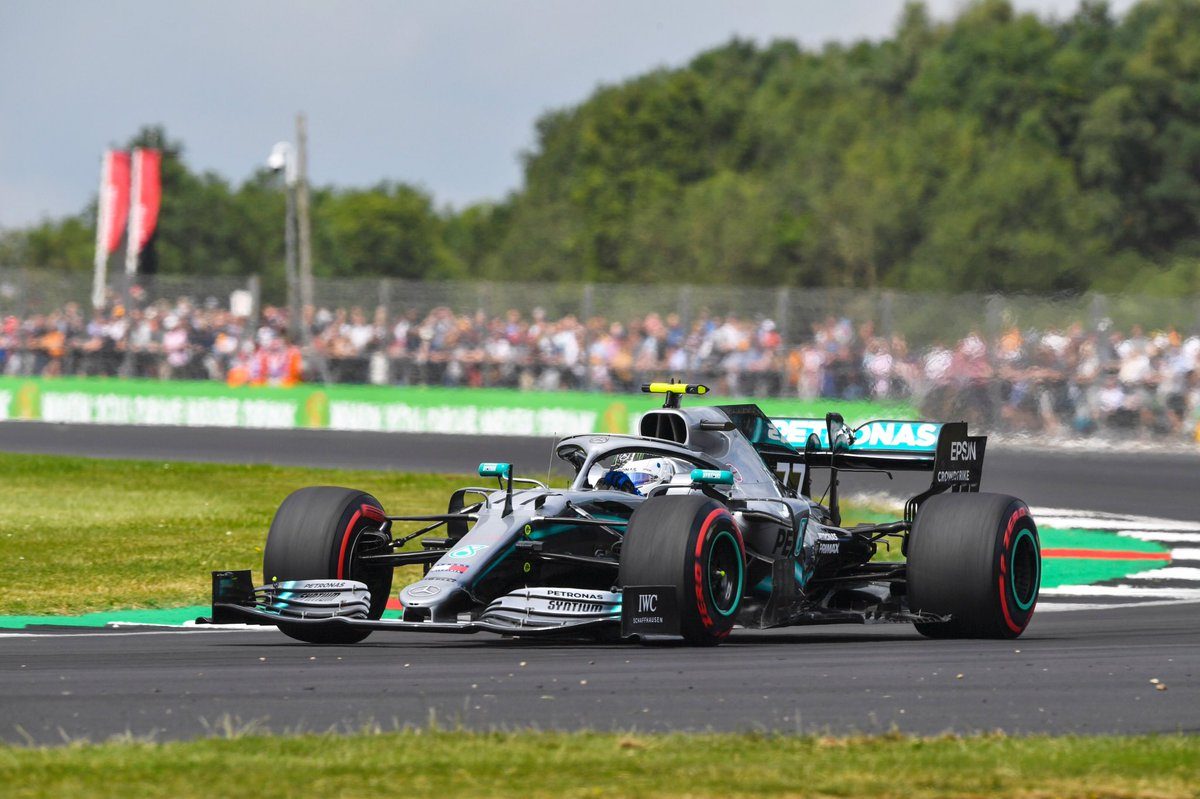 Valtteri Bottas has finished just ahead of Mercedes team-mate Lewis Hamilton at the top of the Friday practice timesheets at the British Grand Prix.

Bottas’ 1:26.732s on soft compound tyres halfway through Practice 2 would prove the fastest lap of the day at Silverstone and 0.069s better than Hamilton could manage.

The Ferraris of Charles Leclerc and Sebastian Vettel finished up third and fourth respectively as Daniel Ricciardo had a slightly early end to his afternoon due to a problem with the #3 Renault.

Bottas first hit the top in the second 90-minute session with a 1:27.191s on mediums in the 18th minute, 0.018s slower than Pierre Gasly’s pace-setter on softs at the end of Practice 1.

From that point, the Finn was not headed as he got down to a 1:26.781s on mediums before chipping 0.049s off that on the C3 compound, the softest available this weekend.

Hamilton had closed to 0.020s away from the #77 Mercedes just a few minutes prior and similarly remained second for the balance of the session.

The field soon shifted focus to longer runs and a spark plug problem for Bottas therefore appeared only a minor hindrance in the last half-hour.

Ricciardo, on the other hand, was uncompetitive for the most part before pulling off with just over a quarter of an hour remaining.

The West Australian’s broadcast radio message of “Okay, switched off; got a problem” shed no light on the matter, although it sounded as if the RS19 had cut out through Maggotts/Becketts.

Leclerc ended up 0.197s adrift of Bottas but Vettel was approaching half a second back, with Gasly fifth and Red Bull Racing team-mate Max Verstappen only seventh.

The Dutchman was, however, first of those to have set their fastest lap on the medium compound and 0.016s slower than McLaren’s Lando Norris.

Ricciardo was 14th all told at 1.396s off the pace but one position and 0.099s faster than team-mate Nico Hulkenberg, the second of three to clock a personal best on the mediums. 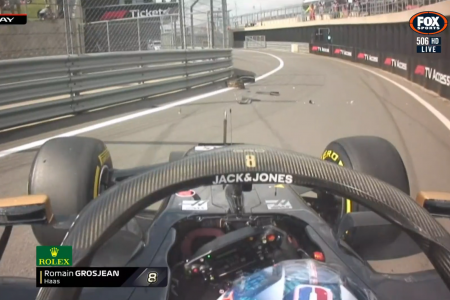 A strong crosswind gave drivers a challenge in Practice 2 and while several, including Hamilton, notably sprayed their cars through the run-off at Becketts around the halfway mark, there were no major incidents.

Ironically, the most damage was caused when Romain Grosjean looped his Haas exiting pit lane early in Practice 1 and busted its nose on the inside fence.

There was also a red flag during the earlier session due to Kimi Raikkonen’s Alfa Romeo stopping on track with an engine problem before he went on to take 13th in Practice 2.