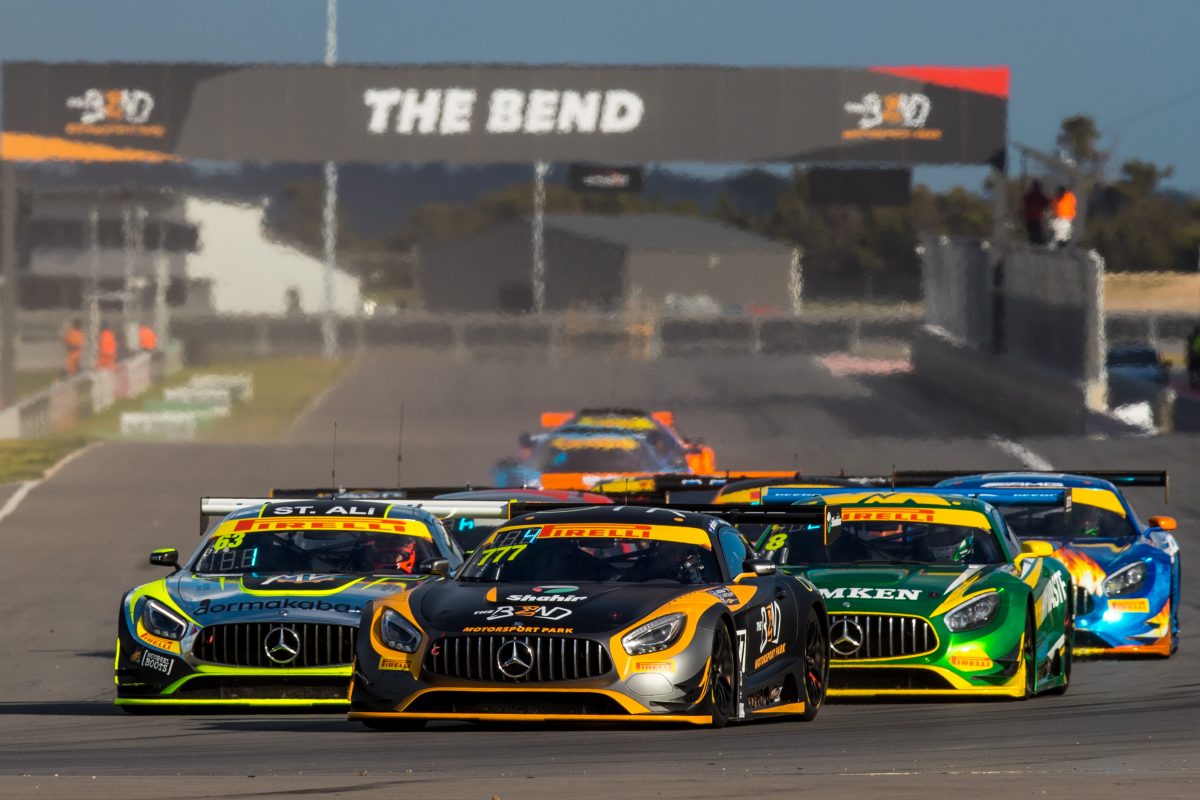 The 10 car Australian GT field at The Bend Motorsport Park

Concerned Australian GT competitors have warned that they could miss the next round at Sandown unless the category takes action to address a worrying decline in numbers.

Teams held a meeting with Australian GT management at the The Bend Motorsport Park on Friday night amid fears over the current state of the series, with only 10 cars fronting in South Australia for a three-hour endurance round.

Teams have been concerned by the direction and current lack of value of the series since Jim Manolios acquired the rights to the Australian GT in July last year from previous owner Tony Quinn.

Speedcafe.com understands entrants want assurances that changes will be made to improve participation and make for a stronger championship for next year.

However, there are genuine concerns that current competitors will assess their racing options if some attempt to improve the category is not undertaken by Sandown in September. 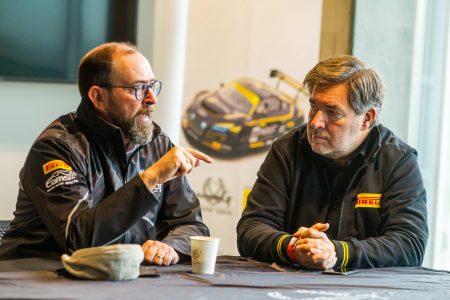 Competitors asked for a survey to be conducted at Phillip Island last month to understand why numbers are dwindling, but no action had been taken when the championship arrived at The Bend this weekend.

A further request for a survey of GT3 car owners currently not competing in the series was tabled again during Friday’s meeting to understand how to rebuild the series.

Scott Taylor, who fields three Mercedes-AMG GT3s that make up half of the championship class cars, says it’s time for action to be taken to ensure Australian GT has a bright future.

While he hosed down a boycott threat at Sandown, he believes competitors may seek alternative plans if the grid does not improve.

“I’m being told by people that unless there is change or whatever, they (some competitors) will consider their options,” Taylor told Speedcafe.com.

“What those options are I don’t know, but that is a pretty strong message.

“I don’t think ‘boycott’ is a good word. Boycott is unionistic and there is no strong arming here, they (the competitors) are just looking for value.

“I would suggest if there is nine cars at the next round at Sandown some people may choose not to attend, that is not a boycott.

“Whether you buy a milkshake or you go racing, you want value for money.

“The message we are being told is, that is it not value enough. It is not broken. GT racing is fantastic but it is not where we want it to be.

“We want to take it to a better place. You need to have an open mind, open ears and you need to act.

“I’m a big advocate for GT racing and I’m going to do whatever is in my reach to grow the category.

“It is of no concern to me who owns it (Australian GT).

“I pour money into car racing without return and I will continue to spend my retirement money in racing, but it has to be with purpose. Nine cars on the grid doesn’t have enough purpose.

“The reason we had the meeting now is that we came to this track in good faith and it hasn’t got better.

“What is really important is to make sure that 2020 is where we have 20 plus cars on the grid, but you cannot wait until 2020 to do that, you need to get calendars locked down and things like that.”

Australian GT has been on a steady decline in recent years having experienced the heights of an expansion into three separate series for 2016, that included a sprint and enduro championships, and a series for older GT3 machinery.

During that season, grids climbed to the mid-to-high 20s, expanding into the 30s at the Formula 1 Australian Grand Prix.

In 2017, Supercars attempted to buy the category only for the expected sale to be blocked by the Confederation of Australian Motor Sport.

This year a ban of professional drivers from contesting sprint rounds has also had an effect on numbers, while costs to run the GT3 cars have remained well into the six figures for an enduro race weekend.

Australian GT announced plans in June to host a round of the 2020 championship at Mount Panorama as part of the Bathurst 6 Hour event.