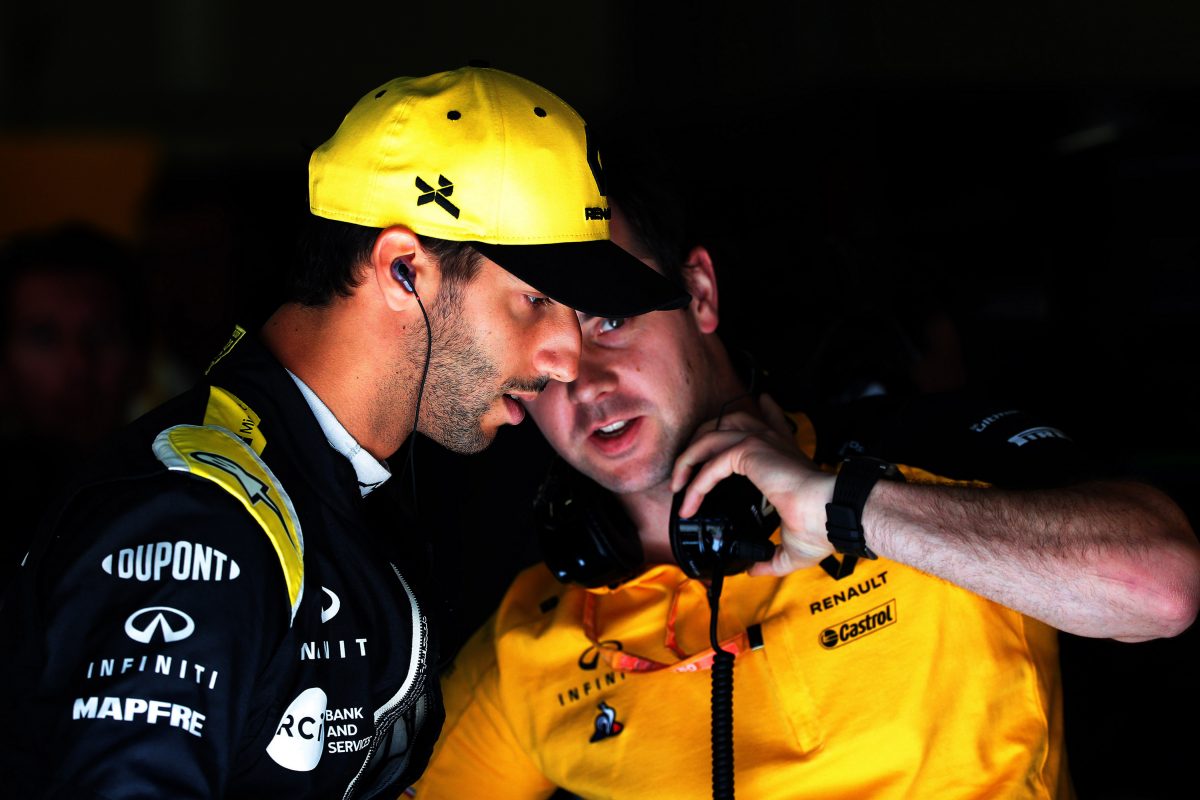 Daniel Ricciardo expects another tough weekend for Renault at Silverstone but is nevertheless relishing the chance to learn more about the weaknesses of the RS19 which the circuit will demonstrate.

Renault started the season poorly but Ricciardo finished ninth in Monaco, after getting stuck in traffic, and the team picked up its first double points result of the season with a sixth and seventh in Canada.

It would have had another next time out in France but for twin penalties for Ricciardo, only to match its Spanish Grand Prix result prior to that three-race run with finishes of 12th and 13th in a lacklustre performance in Austria last time out.

While not wishing to linger on the disappointment of that weekend, Ricciardo anticipates similar struggles at the British Grand Prix.

However, the West Australian, who reiterated the superiority of engine customer McLaren’s chassis, is looking on the bright side by viewing the event as a chance to hone the Renault for the future.

“I think, to be honest, these aren’t our stronger circuits,” said Ricciardo regarding Silverstone.

“I think this is where McLaren, for example, is really strong where they seem like they have a good downforce package but also quite low drag so they can maintain their straight line speed but still be quick in the corners.

“We seem to be a little less efficient in these areas for now but we’re trying to find a way.

“I’m actually glad we’ve come to a circuit which maybe isn’t our strongest, and I think that’s where we can maybe learn the most.

“It’s your weaknesses which you can make better, it’s no fun trying to improve your strengths if they’re already there, but this is a track we could definitely be mindful that it could be a big learning curve for us.”

While describing the showing at the Red Bull Ring as a ‘reality check’, the 30-year-old does not believe it is necessarily the start of a prolonged slump.

He also shouldered his share of blame for the result.

“We had Monaco and Canada with some big results or big moments in the weekend, and it looked like, ‘Wow, we’re really there now,’ and then we kind of fell back down last race to kind of where we were at the start of the season. That was a bit of a reality check.

“I think just everyone is still improving and growing, and we need to keep moving forward with that, but it’s a challenge.

“The midfield is so tight, and I’m confident we can get back there, I don’t think this is a trend, but we just have to make sure that we execute a hundred percent.

“That’s not only the team, that’s myself, and I want to be hard on myself, and when I’m not doing as best as I can, sure, I’m going to be honest and say I can do better.

“In Austria, I feel I could have done better, so I want to address that and be better and be perfect, and give it all and know that I’ve done everything I can.”

Ricciardo and team-mate Nico Hulkenberg are each on 16 points in 10th and 11th in the drivers’ championship, while Renault is fourth in the constructors’ championship, with Practice 1 in Britain set for a start tonight at 1900 AEST.