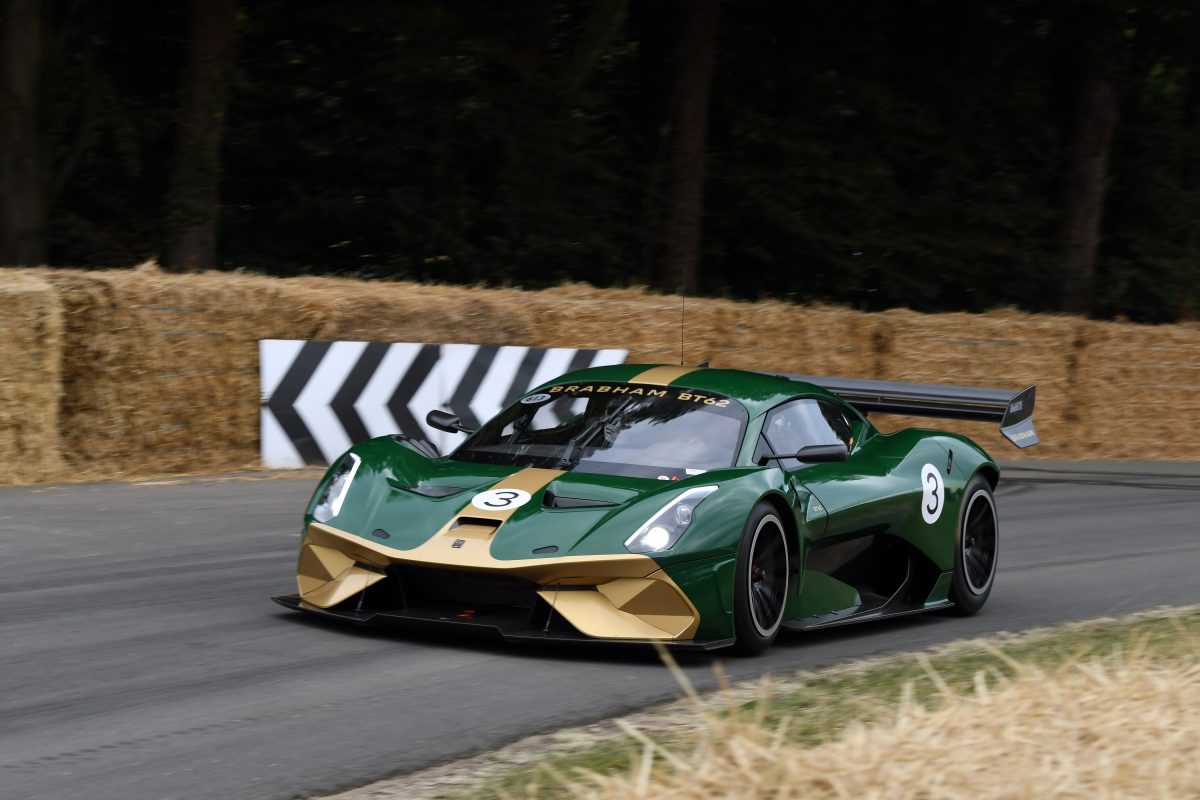 David Brabham says there are still no clear plans for the racing future of the Brabham BT62 despite the World Endurance Championship moving to Hypercar regulations for the 2020-21 season.

WEC has opened up the class to both specialised prototypes and cars derived from road-going hypercars that have had at least 20 production models created over a two-year period, with Aston Martin and Toyota already confirming their intention to compete in the class.

Brabham meanwhile was cautious on making any predictions on his car being a contender for the Hypercar category during the recent Goodwood Festival of Speed, where he had a major display.

“Obviously the DNA in Brabham is racing, isn’t it? So we need to go racing” Brabham told Speedcafe.com.

“We’re looking at what we can race the BT62 in – maybe in some invitational races, but we’re just evaluating the situation at the moment.

“We obviously had certain targets we needed to reach, and obviously one was to design the car, build the car, launch it, show everybody what we’re doing, get sales, get production going and we’re at that stage now.

“So we’ve achieved things that we wanted to achieve. You can see the momentum is building.”

Brabham has made no secret of his plans to go to the 24 Hour of Le Mans and be successful, but he is cautious of getting too far ahead of himself.

“The goal is to race a Brabham,” he confirmed.

“Obviously the goal is to win Le Mans, in whatever category that we may enter it. That’s what we need to do.

“But we’ve got to grow the business to earn the right to go and race at Le Mans as well, because that’s ultimately where we want to get to.

“2021-22 is an ambitious timeline, but you’ve got to set a timeline otherwise it never happens.

“At that time the hyper category rules didn’t really fit our car.

“There’s a window of opportunity now because the rules have changed.

“They want more manufacturers in, so we’re evaluating it. Is that where I think the car will end up? I have no idea.

“We’re trying to grow the business so we can support such a (Le Mans) program,” Brabham added.

“That’s the first thing we’ve got to do, because a Le Mans program is a big program.

“To be able to support that, you need a lot of resources, a lot of partnerships and things like that.

In the meantime Brabham continues to work on both the race and road versions of the car, including an exclusive tyre development program with Michelin.

“Tyres are such an important part of what we are doing here and Michelin have been great partners,” Brabham reasoned.

“I had obviously done a lot with race tyres, but working on road tyre development was something new to me and I worked one on one with their guys to educate myself.”

Brabham Automotive had one race car and a show car at Goodwood, while the company’s third car is being prepared in road-going specifications for a German-based customer.

There is also another new roadgoing product in the pipeline, but Brabham was giving nothing away.

“So now, we’ve got people in there driving the car so they can experience it.

“The journalists have gone in, they’re writing about it, doing events like this (Goodwood), it’s just improving every day now.

“In the background, we’re also working on another project to go to road.

“When will that be unveiled, I’m not saying.”