D’Alberto fastest as Hondas shine in the wet

D’Alberto fastest as Hondas shine in the wet 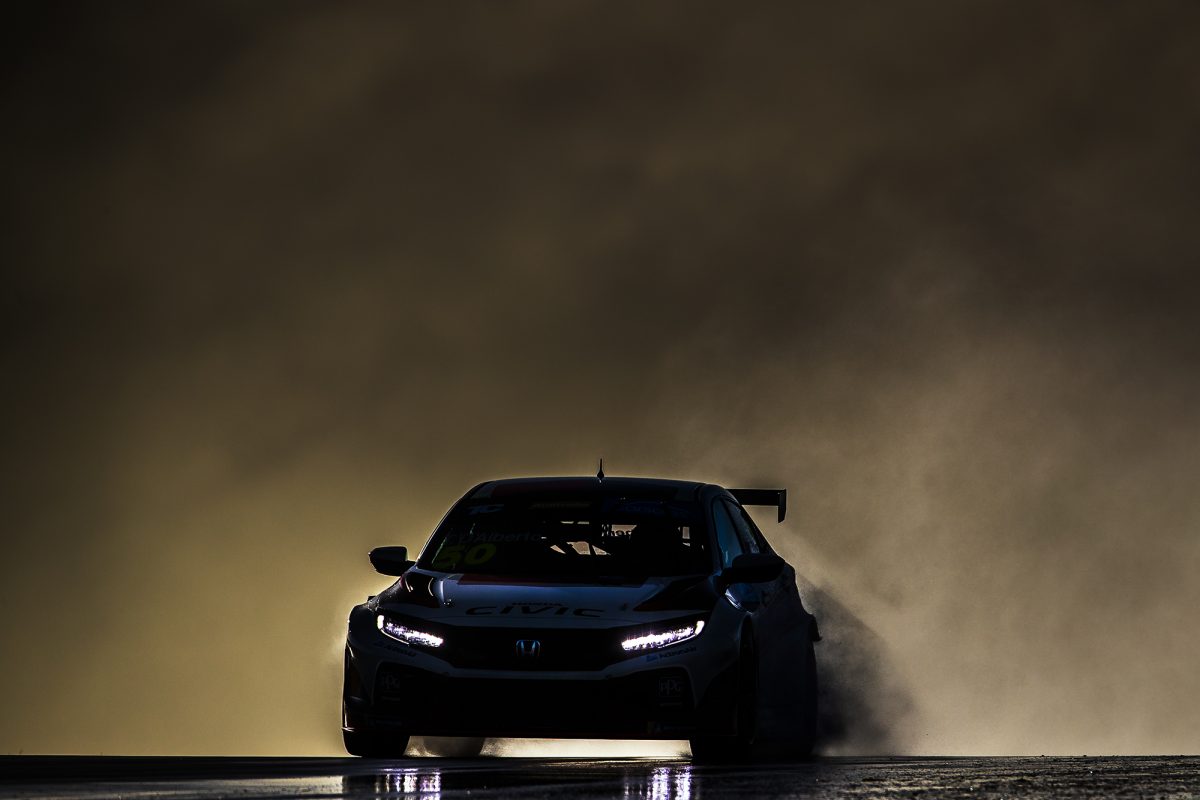 Wall Racing’s Tony D’Alberto set the pace in tricky wet conditions in final practice for TCR Australia Round 3 at The Bend Motorsport Park.

D’Alberto shot to the top of the times in the final five minutes as a dry line began to appear on a sodden track surface at the South Australian circuit.

The Hondas appeared most adept in the wet conditions with all three Wall Racing Civic Type Rs inside the top four during the 30 minute outing.

D’Alberto was the best having posted a 2:10.50s although he was almost edged by Jason Bright’s Volkswagen which lapped the 4.95km circuit 0.05s slower in the closing moments.

Bright’s late effort split the Hondas as John Martin ended up third ahead of debutant Jordan Cox, who topped opening practice also held in wet conditions. The pair were two tenths shy of the leading D’Alberto.

Plenty of standing water caught many drivers out in the early running with the Turn 6 left hander proving to be particularly hard for the drivers to pull the cars up.

However, the session ran without incident, although the field was reduced to 18 cars following the damage sustained to James Moffat’s Renault Megane after being hit by series leader Will Brown in Practice 1.

Russell Ingall (Audi) ended up in 11th spot in front of top female runner Leanne Tander (Audi) in 14th, while Brown (Hyundai) could only clock the 15th best time.

The field will return to the track for qualifying on Saturday at 1035 local time, before Race 1 at 1345, broadcast live on SBS and via the Shannons Nationals live stream carried by Speedcafe.com.